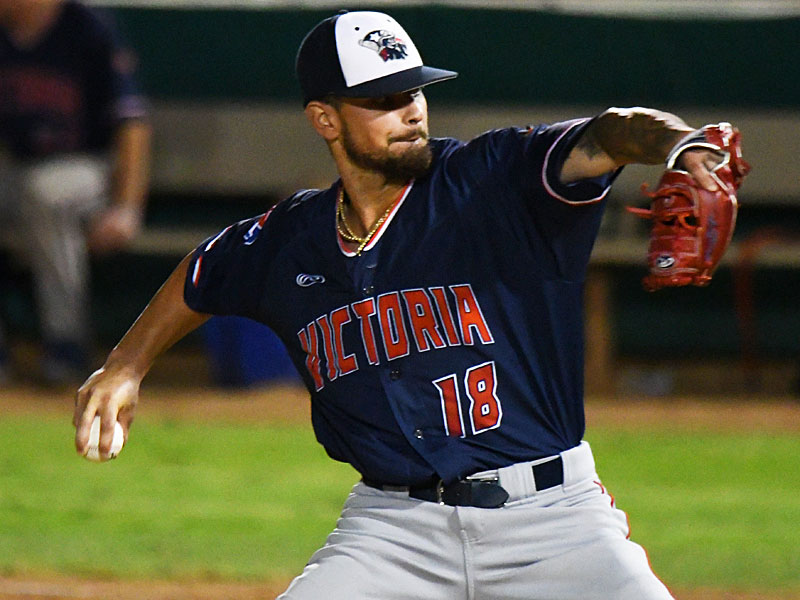 Victoria Generals relief pitcher Jose Diaz from Our Lady of the Lake University pitched the final three innings and got the win against the Flying Chanclas on Friday at Wolff Stadium. – photo by Joe Alexander

For the second straight night, the Victoria Generals defeated the Flying Chanclas de San Antonio by one run in extra innings.

They downed the Chanclas 4-3 in 10 innings on Friday night at Wolff Stadium, with Steven Bonuz and relief pitcher Jose Diaz producing in the clutch for the Generals.

Batting against Chanclas relief ace Tyler Flores, Bonuz delivered a one-out, RBI single to put the Generals in front in the top of the 10th.

In the bottom half, Diaz completed three innings of scoreless relief in dramatic fashion.

After he threw a wild pitch that allowed the potential tying run to reach third base, Diaz got Lee Thomas on a pop up to end the game.

It was the fourth game in four nights between the two teams. Opening a three-game set at Victoria, the Chanclas won the first two to extend a season-high winning streak to five.

But on Thursday night at Victoria’s Riverside Stadium, the Generals scored three runs in their last at-bat for an 8-7 victory in 11 innings.

On Friday, with the series shifting to San Antonio, the Chanclas jumped out to a 1-0 lead in the first inning, then gave up one in the third and two in the fifth to fall behind.

The Chanclas scored twice in the eighth to tie it, 3-3, but couldn’t sustain the momentum.

Please click on the link for Friday night’s box score.

Victoria at San Antonio, Saturday and Sunday. Both games, 7:05 p.m., at Wolff Stadium.

Tapia, from O’Connor High School and UTSA, executed a perfect sacrifice bunt to move up a runner to third base in the 10th inning. The run eventually scored on a single by Bonuz for the game-winner.

Price, also from UTSA, made a running catch on a drive into the right field corner that likely saved two runs. His play, on a ball hit hard by Chanclas newcomer Anthony Forte, ended the fifth inning. 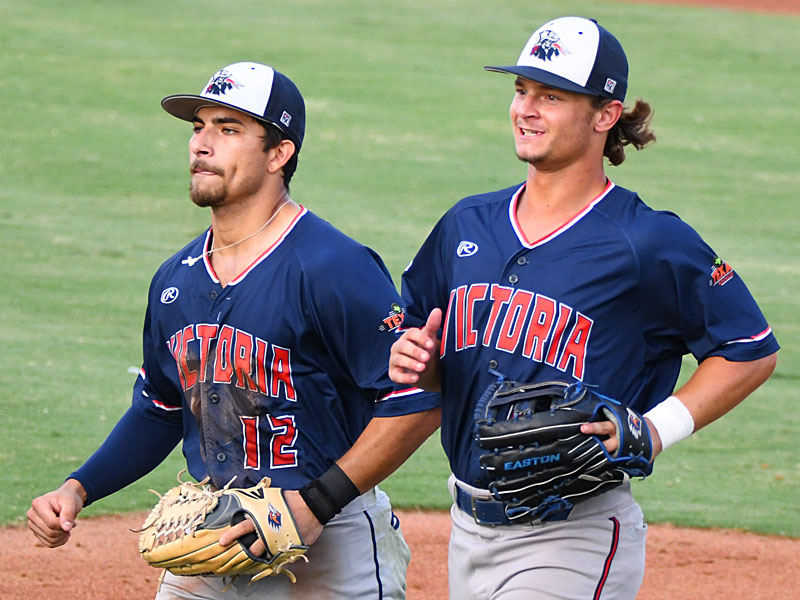