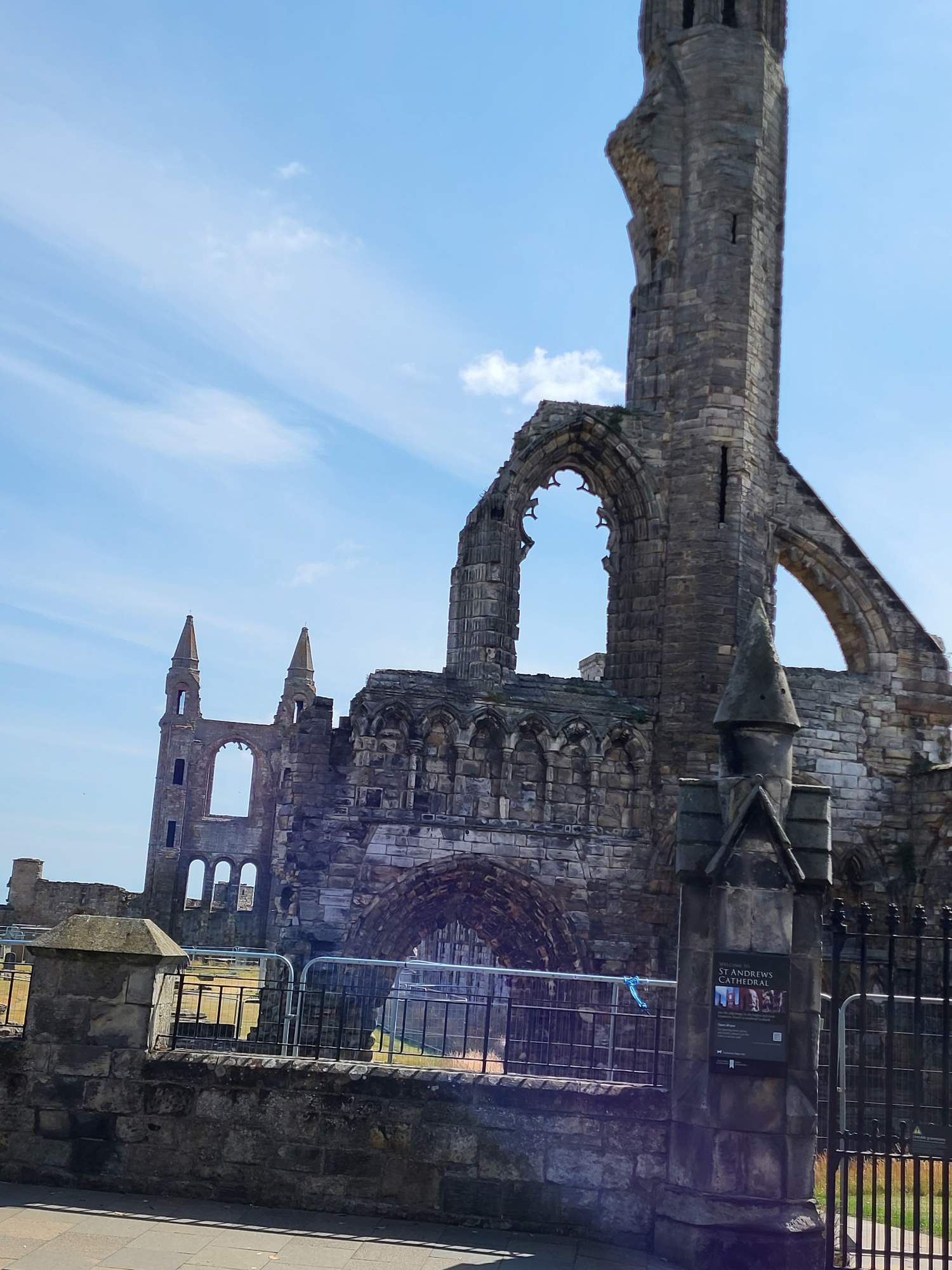 An image of the St. Andrews Cathedral site on a sunny, Saturday morning in Scotland — Photo by Tom Reiter, special to The JB Replay.

What is a trip to Scotland without taking a look at some really old buildings? On a walk through town before the third round of the Open Championship, one of golf’s major tournaments, Tom Reiter found one of the oldest. This is St. Andrews Cathedral, a ruined chancel dating back to the mid-12th century, according to historyhit.com.

According to the website, the structure was built originally in the year 1158. It was part of the medieval Catholic Church in Scotland, the seat of the Archdiocese of St. Andrews. It fell into disuse and ruin after Catholic mass was outlawed during the 16th century Scottish Reformation, historian Luke Tomes wrote.