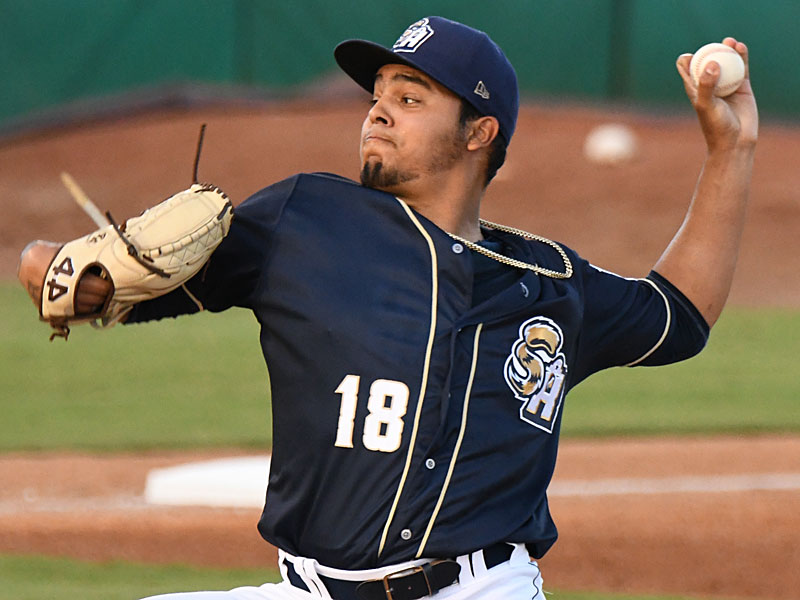 As teams in the newly re-branded Texas League prepare for their season openers, Osvaldo Hernandez will start for the San Antonio Missions Friday night as they enter a three-game road series at Whataburger Field against the Corpus Christi Hooks.

“He’s a guy we signed out of Cuba a couple of years ago,” Missions manager Phillip Wellman said of the 23-year-old lefty. “He did very well last year. I couldn’t tell you his record. I just know that when he pitched, we felt like we were in the game.”

“If he commands his fastball, he’s fine,” Wellman said. “Silder, breaking ball. Kind of a typical left-handed guy. He’s not going to overpower you. He understands his job is just to go and get guys out.

“We’ll probably let him go at least four innings. It’s the same thing out of spring. You’re not going to see any starters, unless they are extremely efficient, go five innings the first time through.”

Hernandez, from Havana, signed with the Padres as an 18-year-old in March of 2017. In terms of physical stature, his dimensions are modest — 6 feet and 181 pounds.

But when he is on his game, he is very good.

Knuckleballer Matt Waldron will get the ball for the Missions on Saturday night. After a Sunday afternoon game, the Missions will return to San Antonio, where they’ll open at home next Tuesday against the Frisco RoughRiders.

Professional baseball in San Antonio has seen dramatic change over the past few years. In 2019, the Missions severed ties with the San Diego Padres and left the Double-A Texas League to start play as a Milwaukee Brewers affiliate in the Triple-A Pacific Coast League.

In 2020, when the pandemic hit, the Missions did not play at all. Nobody in the minor leagues played, and it was the first time in 57 years that fans did not have a professional team to cheer in the Alamo City.

The Missions’ stay in Triple-A with the Brewers was short-lived. In the fall of 2020, a reorganization of the minor leagues took place. The Missions would emerge from the shuffle in Double-A, with a new long-term affiliation with the Padres that would start in 2021.

One aspect of the change was extremely awkward. As pro baseball returned in the minors, traditional names such as the Texas League, the Eastern League and the Southern League were abandoned.

The Missions returned to play familiar opponents — the Hooks, the RoughRiders, the Midland Rockhounds and the Amarillo Sod Poodles — but the Texas League name was gone. Last year, they played under a league umbrella known as the Double-A Central.

This year, the Texas League is back as the official name.

Tirso Ornelas and Agustin Ruiz, a pair of 22-year-old outfielders from Mexico, are the most highly-ranked players on the team. Ornelas is 27th and Ruiz 28th among Padres organization prospects, according to MLB Pipeline.