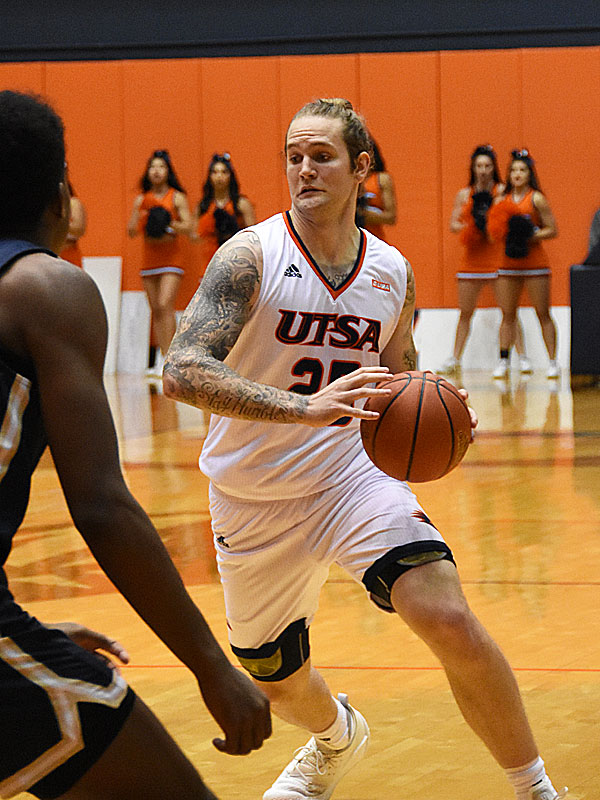 Last year, the Roadrunners won 20 games for the first time in seven years, and the biggest crowd of the season was 2,210 for UTEP.

Crowd watchers will be on alert tonight when the Oklahoma Sooners tip off against the Roadrunners at 7 p.m.

Likely, Oklahoma is the most high profile program that UTSA has ever hosted at the Convocation Center, considering that OU plays in one of the major conferences and only three years ago was playing in the Final Four.

“It’s awesome,” UTSA forward Nick Allen said. “It’s a great opportunity for us to show that we can play at that level. There’s not really that much separation between these levels of schools.

Allen can’t wait to see what the atmosphere will be like.

Asked what it would be like to play in front of a full house of people every night, Allen’s eyes lit up.

“That would be amazing, he said. “I think that is such an advantage when it comes to any sport. You come into someone else’s home and you feel the energy.

“You feel … not only do you play against five peoople, but I can feel a whole arena of people that do not like me and do not want me to win.”

UTSA played well against OU last year in Norman, trailing by single digits until the last few minutes. The Sooners eventually pulled out a 97-85 victory.

“It was different,” Allen said. “They had Trae Young on the floor, so they played a very different style of basketball. They played very open. The court was very, very spread.

“I think this year, it’s going to be a little bit different because they’re not going to have that. I think they’re going to play with more strength than speed and open-ness.”

OU opened its season with a 91-76 road victory at UT Pan American, while UTSA surprisingly lost at home to a Division II opponent, falling 77-76 to St. Edward’s.

Allen said UTSA has been “locked in, really focused” in practices since the opener.

“We’re not exactly OK with what happened … it put a little taste in our mouth, and we came to work, so, practices have been really good,” he said.

UTSA didn’t shoot the ball very well and, at other times, suffered from too many possessions in which they didn’t get a shot because of turnovers.

“There was some youthfulness to it, definitely,”‘ Allen said. “It’s the first game of the season, so there’s always that …. It was just little things. Like, little wrinkles. Just, attention to detail.”