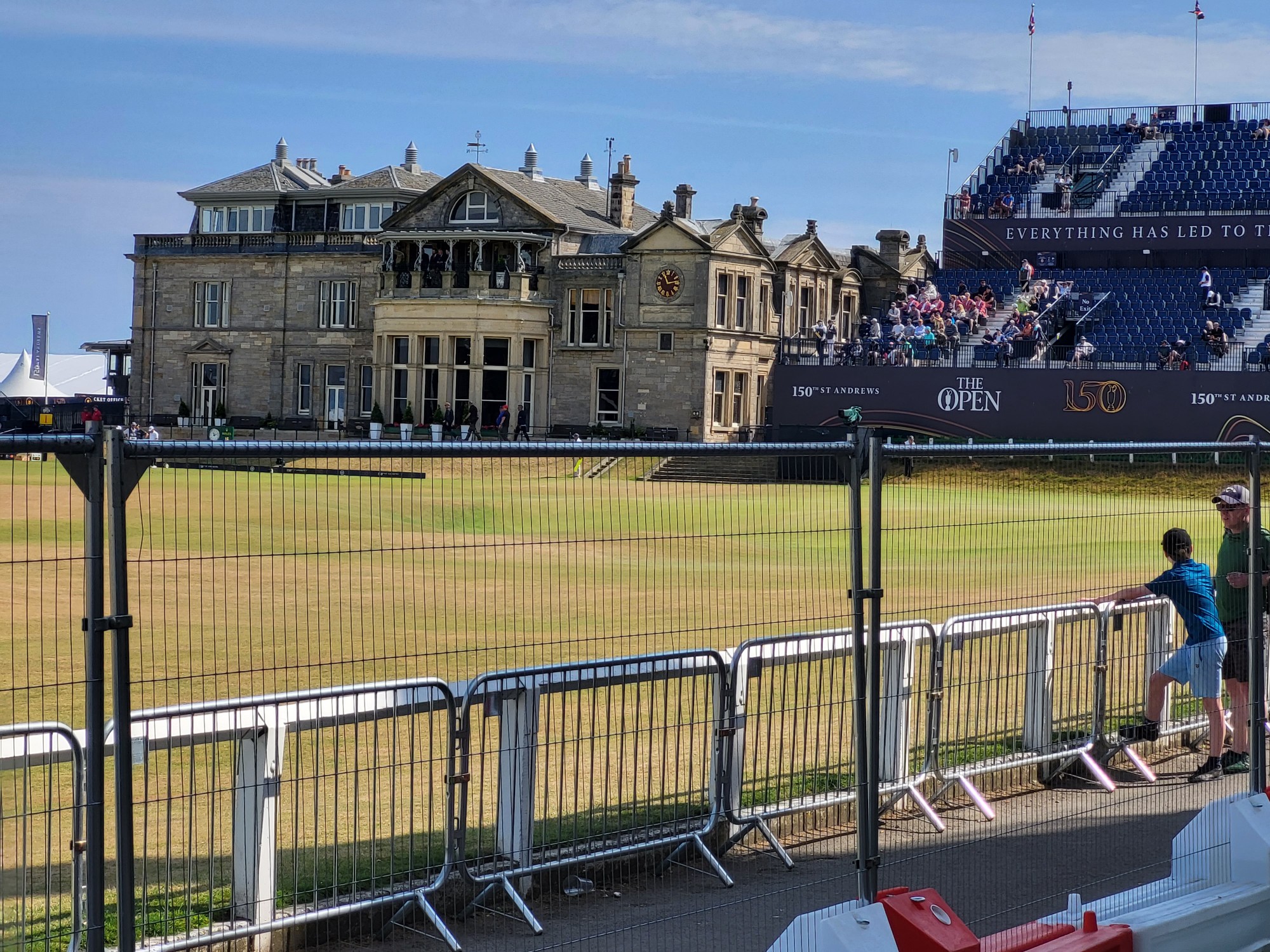 The Old Course at St. Andrews is hosting the 150th Open Championship, with the final round set for Sunday. Rory McIlroy and Viktor Hovland were tied at 16 under par after Saturday. — Photo by Tom Reiter, special to The JB Replay.

ST. ANDREWS, Scotland — A rainy morning will soon become a cloudy, muggy day but nothing can diminish the excitement for the Rory/Viktor battle. Sitting in my favorite seat as the first group came to No. 2. The leaders will be by in about seven hours.

Editor’s note: Rory McIlroy, Viktor Hovland and the leaders have teed off at St. Andrew’s. Tied at 16 under par after the third round, the two have separated slightly. McIlroy has assumed a two-shot lead on Hovland and Cameron Young through six holes. Cameron Smith is three off the pace.