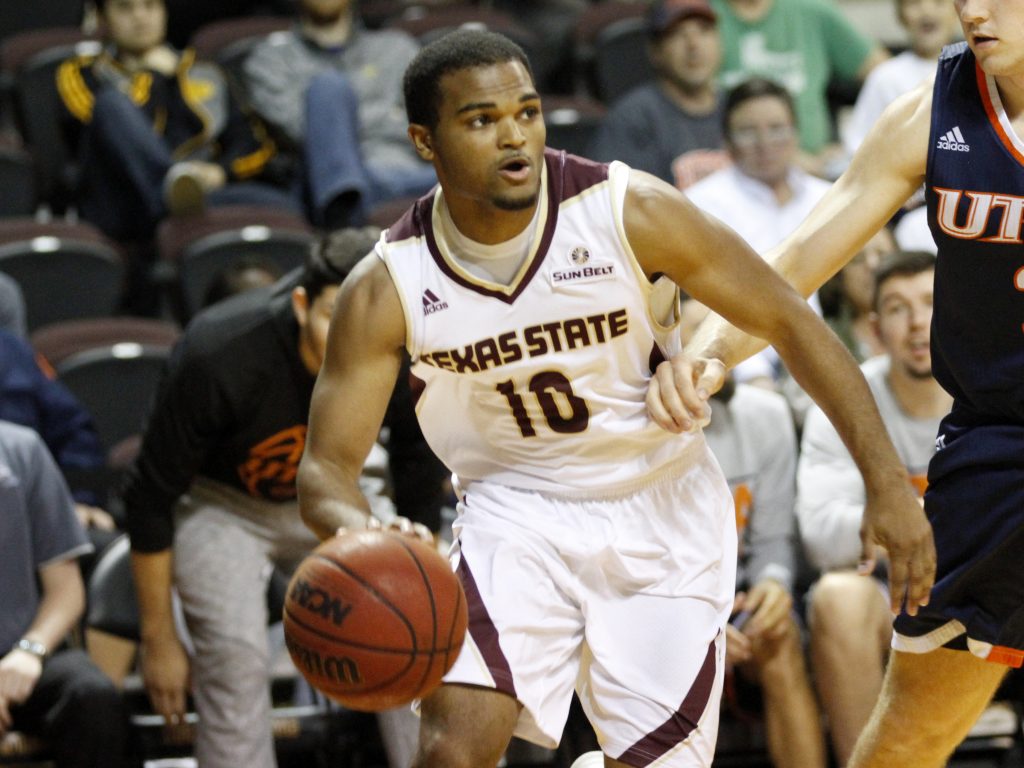 Freshmen Keaton Wallace and Jhivvan Jackson and sophomore Giovanni De Nicolao all hit three-pointers in the final 70 seconds for the Roadrunners to stun the Bobcats in San Marcos.

With UTSA down by one, Jackson hit two free throws with eight seconds left for the game’s final points.

At the end, Texas State rushed it up court, and Isaiah Gurley missed a hurried three. De Nicolao rebounded in the final seconds and secured the win.

“We didn’t expect it to be easy, and it wasn’t,” UTSA coach Steve Henson told the team’s radio broadcast. “We just got whipped on the boards. That’s something that’s been a little bit of a concern for us.

“Really good game for us. They’re tough. They’re aggressive. Physical style. We’ve got a lot of respect for the way they play.”

Texas State pounded the ball inside most of the night to take advantage of a size advantage.

“We don’t see that kind of post up play in practice,” Henson said. “We don’t throw it in there much. Just liked the way our guys hung in there, hung in there and did a lot of things right down the stretch with no timeouts.”

For the second game in a row, the Roadrunners (2-0) sank 11 three-pointers.

Wallace promptly answered with a three on the other end, sparking a 15-5 run for UTSA down the stretch to secure the win.

With the victory, UTSA increased its all-time lead in the series to 35-24.

With Texas State leading 78-77, Blount missed two free throws with 13 seconds left, and that left the door open for the Roadrunners.

The Bobcats surged to a 13-point lead after the first quarter and then cruised to an easy victory at the University of the Incarnate Word.

In the second half, the Bobcats’ defense took over, holding the Cardinals (0-3) to 10 points.