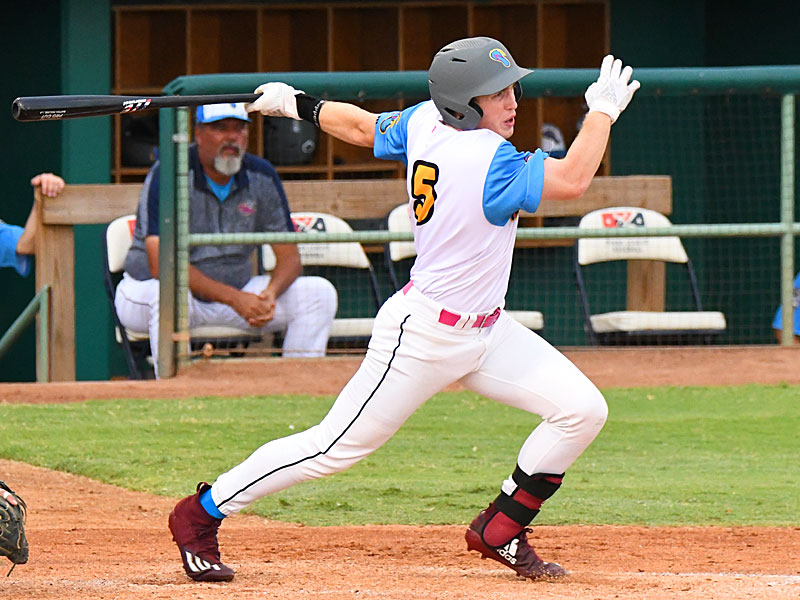 Kyte McDonald singles in the bottom of the fourth inning to drive in the Flying Chanclas’ first run of the game against the Victoria Generals on Sunday at Wolff Stadium. – photo by Joe Alexander

The Flying Chanclas de San Antonio don’t always play with precision. But they do play with heart on most nights. They did it again Sunday, rallying from an early deficit and then hanging on late to claim a 5-3 victory over the Victoria Generals at Wolff Stadium.

In the finale of six straight games between the teams, the Generals led by one run when the Chanclas exploded for four in the bottom of the fifth to take charge, 5-2. Jordan Thompson ripped a two-run double and Kyte McDonald had an RBI single in the outburst. 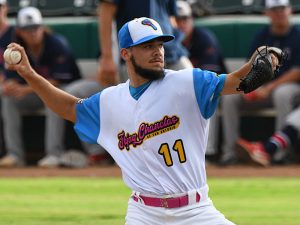 The win allowed the Chanclas to take the series with the Generals, 4-2. It also lifted them into first place in the Texas Collegiate League South Division with an 11-6 record. San Antonio won two of three in Victoria and two of three in San Antonio.

It was the second straight night that the Chanclas climbed out of a deficit on the scoreboard to win, though it wasn’t quite as dramatic as Saturday night’s 7-6 victory in 11 innings. On Saturday, the Chanclas trailed by 5-1 early and by 5-2 going into the bottom of the ninth.

On Sunday, Thompson and McDonald took matters into their own hands. Thompson, batting leadoff, went 2 for 4 and had 2 RBI. Batting fifth, McDonald enjoyed a 3-for-4 performance. He also had two RBI. It was McDonald’s second 3-hit game of the week.

Lance Lusk pitched six innings for the Chanclas, the longest outing by a starter for the team this season. He allowed two runs on five hits. Jaime Ramirez Jr. and Connor Schmidt finished the game.

With the bases loaded in the ninth, Schmidt got Steve Bonuz on a fly ball to left field to end the game. 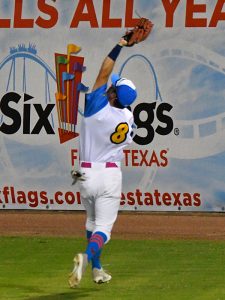 The Chanclas have a day off on Monday before they open a series with the Brazos Valley Bombers Tuesday night at Wolff. Brazos Valley is second in the TCL South at 9-6. Acadiana won at home, defeating Brazos Valley 5-1 Sunday night.

Kyte McDonald hit for a .346 average against the Generals. In six games, he went 9 for 26, including a double, a triple and a home run. McDonald also produced five RBI and scored six runs. 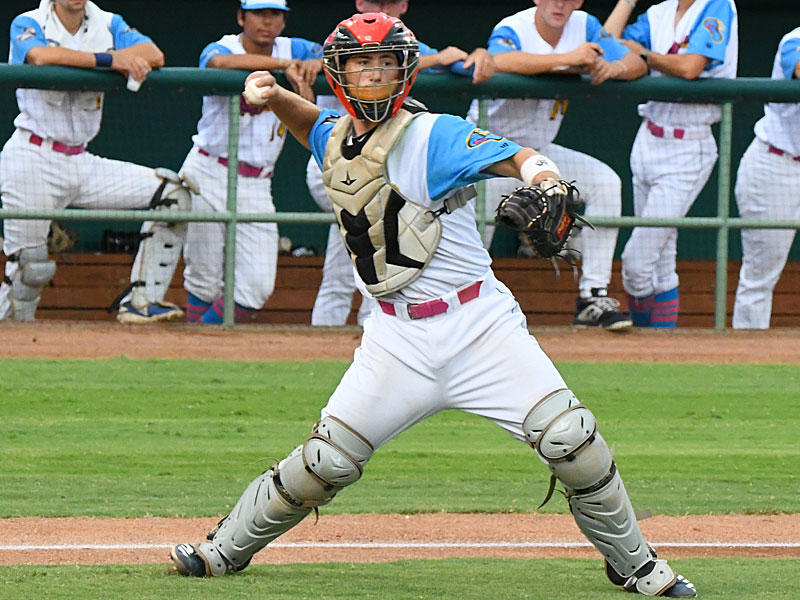 Flying Chanclas catcher Tyler LaRue throws to first on a bunt against the Victoria Generals on Sunday at Wolff Stadium. – photo by Joe Alexander