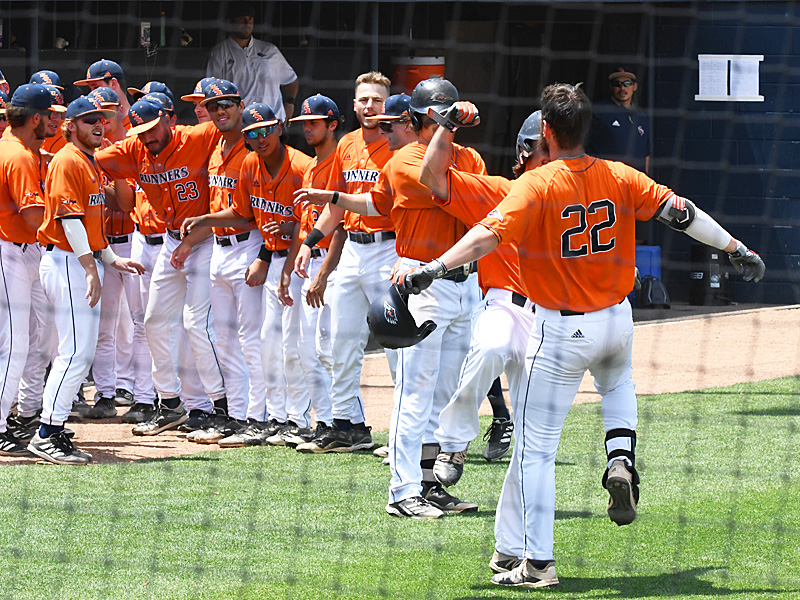 The UTSA baseball team probably hasn’t swept many, if any, doubleheaders from nationally-ranked teams in their three-decade history. Until Saturday afternoon, that is.

The Roadrunners took two seven-inning games at home from the 19th-ranked Old Dominion Monarchs, winning 12-10 and then 11-0.

If the sweep wasn’t surprise enough, the second game was something of a shocker in that a usually inconsistent UTSA pitching staff stepped up to toss a two-hit shutout. 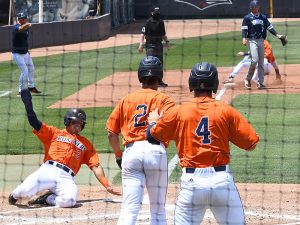 UTSA’s Chase Keng (4), Joshua Lamb (2) and Shea Gutierrez (3) all scored in the first inning of the first game on a triple by Leyton Barry (top), who slides into third. – photo by Joe Alexander

The trio of Jacob Jimenez, Grant Miller and Hunter Mason pulled it off against one of the best offenses in Conference USA. Combined, Jimenez, Miller and Mason struck out 12 and walked two.

The Monarchs were held hitless until two out in the sixth when Carter Trice hit a double off Mason.

All day, the UTSA hitting attack was strong.

In the opener, the Roadrunners smashed out 14 hits, including home runs from Griffin Paxton and Dylan Rock. In the second game, they kept it rolling with 13 hits, with homers coming from Paxton again, Nick Thornquist and Chase Keng. 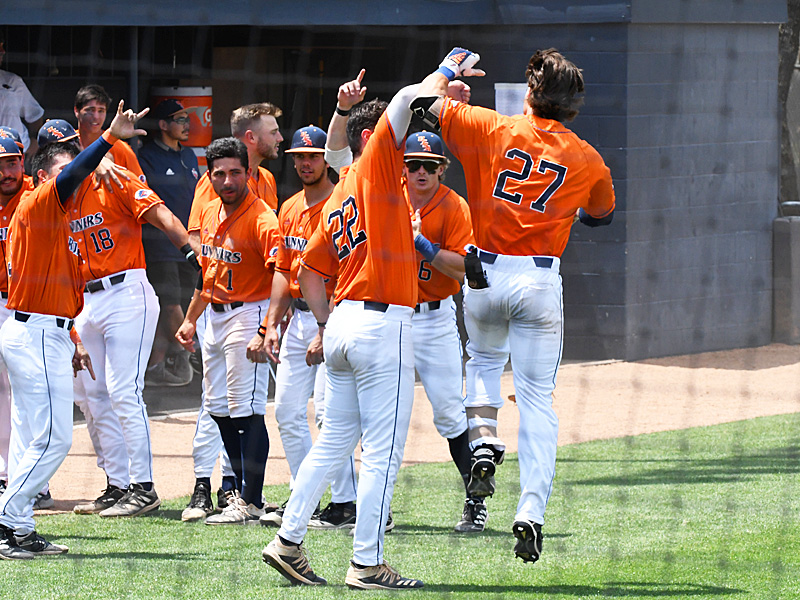 UTSA celebrates after Dylan Rock (27) homered to score his second run of the first inning and give the Roadrunners a 9-3 lead over Old Dominion. – photo by Joe Alexander