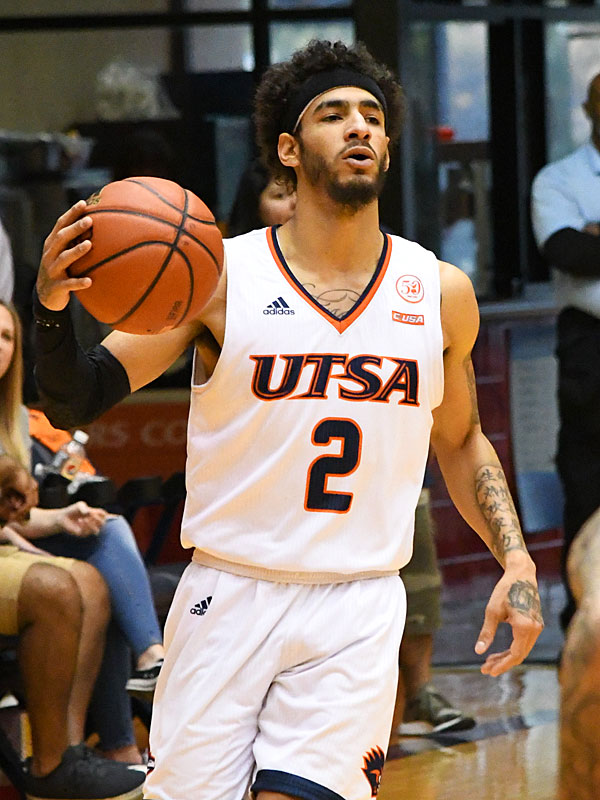 Jhivvan Jackson led Conference USA and ranked second in the nation in scoring last year with 26.8 points per game. Jackson is from Bayamon, Puerto Rico. – Photo by Joe Alexander

UTSA players report to practice and fill out paperwork. They have their temperature checked before they can even enter the Convocation Center. They aren’t allowed to linger in groups in the locker rooms.

It’s all a part of their new life as college basketball athletes during the coronavirus pandemic.

Despite all the tedious restrictions, the Roadrunners expressed excitement about the start of official workouts. The first few days have been “really good,” high-scoring guard Jhivvan Jackson told reporters Wednesday.

“We’re just happy to be back, really,” he said. “You know, (we’re) full-out scrimmaging, stuff like that. We’re really working on our defense … Everything’s been good. It’s really intense. But we’ve been taking care of each other, staying healthy and just, really hooping.”

Last March, UTSA finished its third season featuring the explosive duo of Jackson and Keaton Wallace with a record of 13-19, including 7-11 in Conference USA play. In the C-USA tournament, they were bounced out on the first day, 74-69, by the UAB Blazers.

The keys to improvement likely will revolve around a few different things:

First, whether the Roadrunners can learn to defend at higher level. Next, whether they can compete effectively on the boards after losing Byron Frohnen to graduation. Also, whether coaches can find a third- and perhaps a fourth-scoring option to take pressure off Jackson and Wallace.

Fifth-year head coach Steve Henson doesn’t have all the answers yet. But he does know that the team is in good shape physically.

The preseason, he said, was different because of the new health protocols. But adjustments to rules on workouts also allowed for ample time to get the players ready physically for a season that is expected to start on Nov. 25. 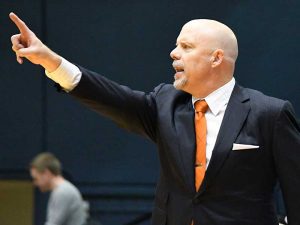 “We’ve been in the gym a lot,” Henson said. “Right now it’s just a question of, ‘Can we continue to do what we need to do, string together practices, and prepare for that first game.’ Hopefully we can pull off that first game.”

Henson said he is also working on the team’s mental approach. It may be an extremely stressful year in that, based on what has happened in football, athletes could be available to play one day and then unavailable the next.

The schedule, which has not been finalized but could be within a few days, may also be subject to change on short notice.

“(Or, the) schedule’s going to get shifted. We understand that. But I think that’s so far down the road for our players, I think they’re just getting ready for practice No. 4.”