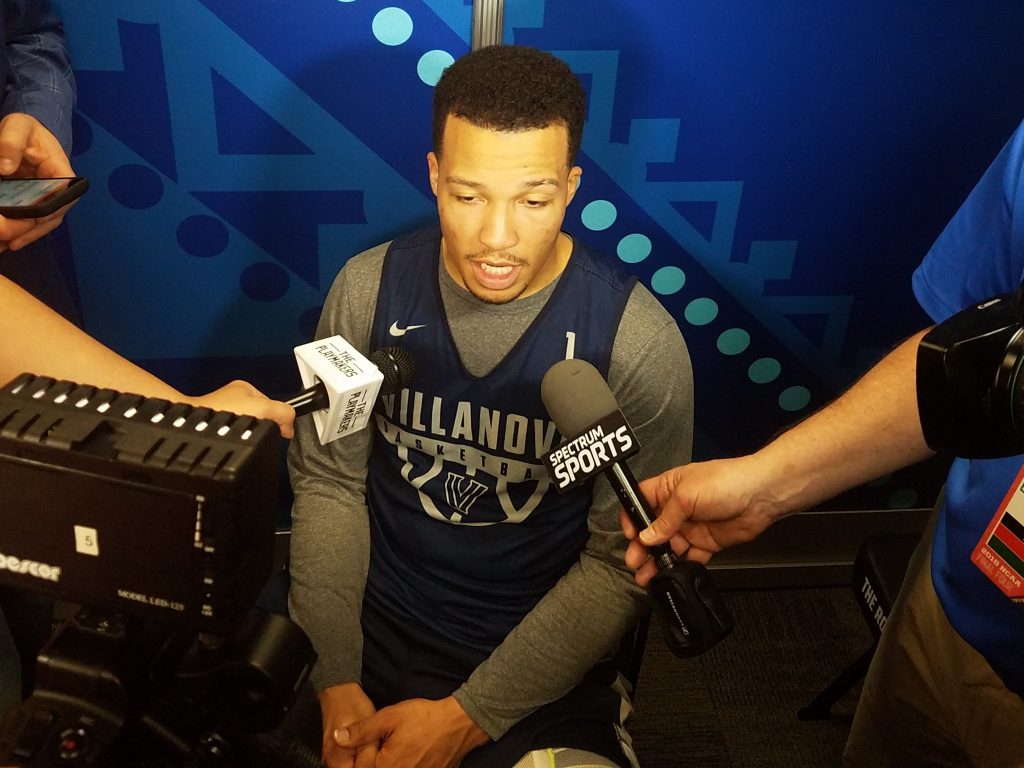 Villanova guard Jalen Brunson is an old soul in so many respects. The way he defers to his teammates. The way he studies the game.

The way he uses, as a point guard, post-up moves that would make some NBA centers take notice.

Named as the Player of the Year in college basketball by both the Associated Press and the U.S. Basketball Writers, Brunson will lead the Wildcats into the Final Four Saturday night against the Kansas Jayhawks.

He said Thursday that he developed his post game with help from his father, Rick Brunson, an assistant coach with the Minnesota Timberwolves and a former nine-year NBA veteran out of Temple.

But, surprisingly, Brunson said the player he watched and studied most wasn’t a guard.

“I know this is going to sound crazy,” Brunson told The JB Replay. “But I really like how (Dallas Mavericks center) Dirk Nowitzki plays in the post.

“I just love the way he uses his shot. He just finds the ways to use his footwork … for angles to make plays not just for himself, but for others.

“To use my body to see how a defender’s playing. Its a culmination of all that.”

Villanova coach Jay Wright said coaches discovered Brunson’s effectiveness with his back to the basket in a drill “a couple of summers ago.”

“We put Jalen in there and … coaches started looking at each other like, ‘Wow, his post moves are incredible … we’re going with this, we’re using this.

“But then as he’s continued to develop, he loves it. And he loves to work at it, and his footwork is incredible.”