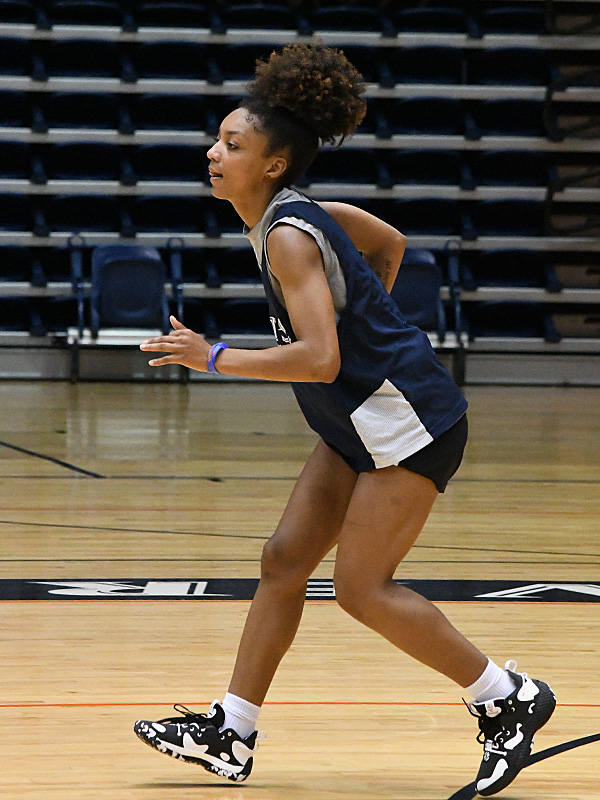 Sidney Love was the player of the year in the San Antonio area last season at Cibolo Steele High School. She averaged 23 points, nine rebounds and seven assists as a senior. – Photo by Joe Alexander

As Karen Aston moves into her second season as head coach in charge of the UTSA women’s basketball program, a compelling narrative has emerged during early practices for the Roadrunners.

A freshman could lead them.

Aston said Tuesday that freshman Sidney Love from Cibolo Steele High School is in the running to start at point guard.

Love is battling in early fall semester practices with senior Deborah Nwakamma, as well as with freshmen Madison Cockrell and Siena Guttadauro.

“I think right now Sid is the person that we’re going to lean on the most at that position,” Aston said. “I think Deb can play it also. Deb is probably more calm at that position right now and knows more what’s going on. But I would love to play her at the two.

“We just got to let Sid take her lumps and grow and learn the position. She’s doing a good job. I think she’ll get there.”