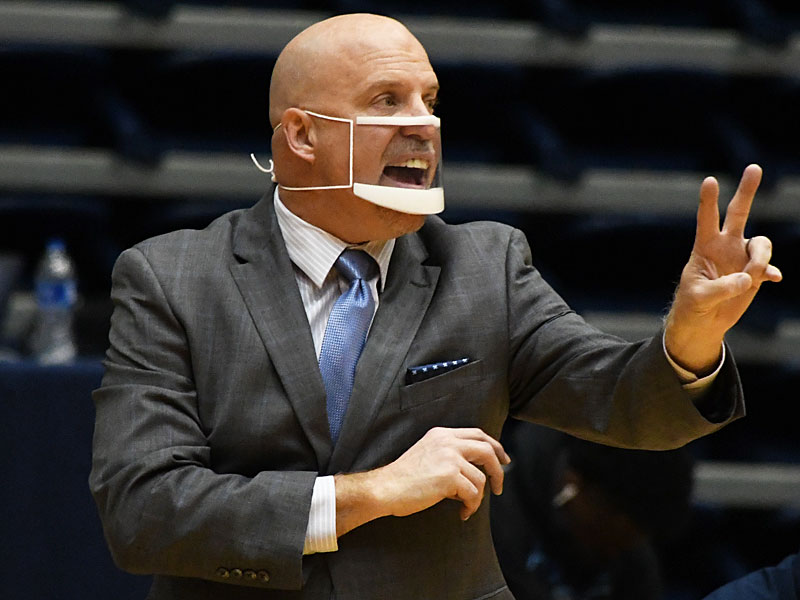 If you run across a perfect formula for guarding the pick and roll in basketball, please let me know.

I’ve been watching hoops closely since the 1970s. Since Texas’ Abe Lemons chomped on those short, un-lit cigars in Austin. Since Doug Moe’s Spurs jingle-jangled their way out of the ABA and into the NBA. 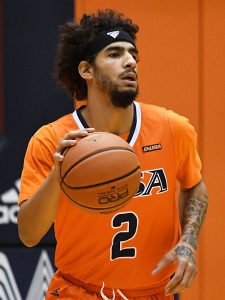 And with all due respect to Hubie Brown and Gregg Popovich, two of the greatest defensive strategists of all time, I really haven’t seen anyone come up with a fool-proof method to stop the pick (or screen) and roll.

A ball handler dribbles at the top of the key with a defender, knees bent, hoping to get a stop. The ball handler’s teammate runs over and screens the defender. Freed from pressure for an instant, ball handler pounds the dribble and surges into the lane. Defensive players rotate to stop the drive. Screener rolls to the hoop…

Coaches through the ages have debated how to defend such a ploy. But, in the vast majority of instances, the offense gets a basket or, at least, an open look at the rim. It is almost inevitable.

It is the reason why the pick and roll is almost as old as the peach basket itself and continues to be deployed by everyone from dad coaches in youth sports, to Coach K and on to the elite coaches in the NBA.

Which brings us to today’s topic on the floundering UTSA Roadrunners, who rank last in points allowed and third-to-last in both field-goal and three-point percentage defense in Conference USA.

Yes, after defense was stressed since last summer and throughout the preseason workouts, members of the UTSA coaching staff have a right to feel some exasperation.

Senior guard Keaton Wallace has boosted the Roadrunners with inspired play on both ends of the floor for four years. Could he become even more effective with a few more trips to the free throw line per game? — Photo by Joe Alexander

Players likely are feeling some frustration themselves after a 1-5 start to the C-USA phase of the schedule. Do they continue to attack screen and roll? Do they try some other ploy?

What about double-teaming the post? The tactic worked fairly well in the first game at Louisiana Tech last week, but then it backfired some in the second meeting, leaving shooters open to hit from the perimeter.

And now, after losing twice in Louisiana, UTSA has returned home to face Southern Miss tonight and Saturday. Likely, some of the same problems UTSA has encountered all season defensively will crop up again this weekend.

But if I’m reading the Roadrunners right, I think they might take a crack at another strategy. I think they might ask their best offensive players, including Jhivvan Jackson and Keaton Wallace, to start attacking on the dribble a little more. Get them going to the bucket more.

UTSA coach Steve Henson said the team has worked the past two weeks on initiating more of that action offensively in an effort to make defenses work harder and, perhaps, foul more.

“We know that we’ve got to defend better,” Henson said. “But I still think that, offensively, we have a lot of room to improve. I really do. I think we can get easier shots … If we do that, we know that’ll help our defense. 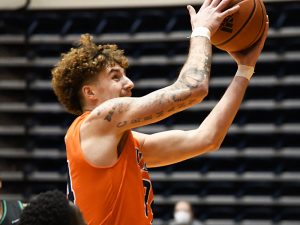 Center Jacob Germany is shooting 84.8 percent from the free throw line. But he’s taking only 2.5 per game. Seems the Roadrunners could get more production out of him if he was on the line more.. — Photo by Joe Alexander

“We tried to go all year the other way. We talked about defending at a certain level regardless of what’s happening on the other end. But, still, there’s something to be said for seeing that ball go through the net. It feeds your defensive energy. That’s kind of been our issue.

In other words, you can’t always stop a good offensive player or a good offense. But if you can work those same players and get them in foul trouble, then, maybe they become less aggressive.

The ploy seems to have worked for UTSA’s opponents, who have outscored UTSA 211-157 at the free throw line this season. In fact, opponents have made more free throws this year than UTSA has attempted (209). 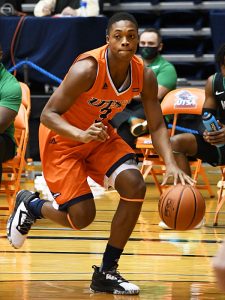 UTSA freshman Jordan Ivy-Curry has emerged as another player with dribble-drive capability for the Roadrunners, who are being outscored 16.2-12.1 at the free throw line this season. — Photo by Joe Alexander

Jackson and Wallace are both taking and making fewer free throws than they have in years past.

Discussing his team’s offensive execution this week, Henson admitted that his team has been lacking the element of finishing possessions with drives toward the basket, which tend to lead to more frequent trips to the line.

Outside of Jackson, Wallace and freshman Jordan Ivy-Curry, UTSA just doesn’t have many players with that skillset.

Nevertheless, Henson seems determined to generate more action like that. He said that for the past few weeks, he’s tried to draw up some new things, “trying to create those alleys, trying to create opportunities to get down hill.”

Would he like to see Jackson and Wallace, his senior leaders, get a little more aggressive in that way?

“Yes,” the coach said. “Something has to precede that, though. The set itself has to clear out space. Or you need the roll guy, Jacob (Germany), needs to roll. You got to hit him on the roll, to attract some attention. You can’t just say, ‘Hey, Keaton and Jhivvan, you’ve got to be more aggressive.’

“You have to set that up with some movement, some rubs. You got to create some opportunities to get downhill.”

For Henson, sending his stars into the lane on a few more possessions, instead of watching them take tough threes, might not be the answer for all that ails his team.

But, with a third of the conference season in the books, it’s worth a try.

UTSA opponents might find it much tougher to score if they’re on the bench in foul trouble.