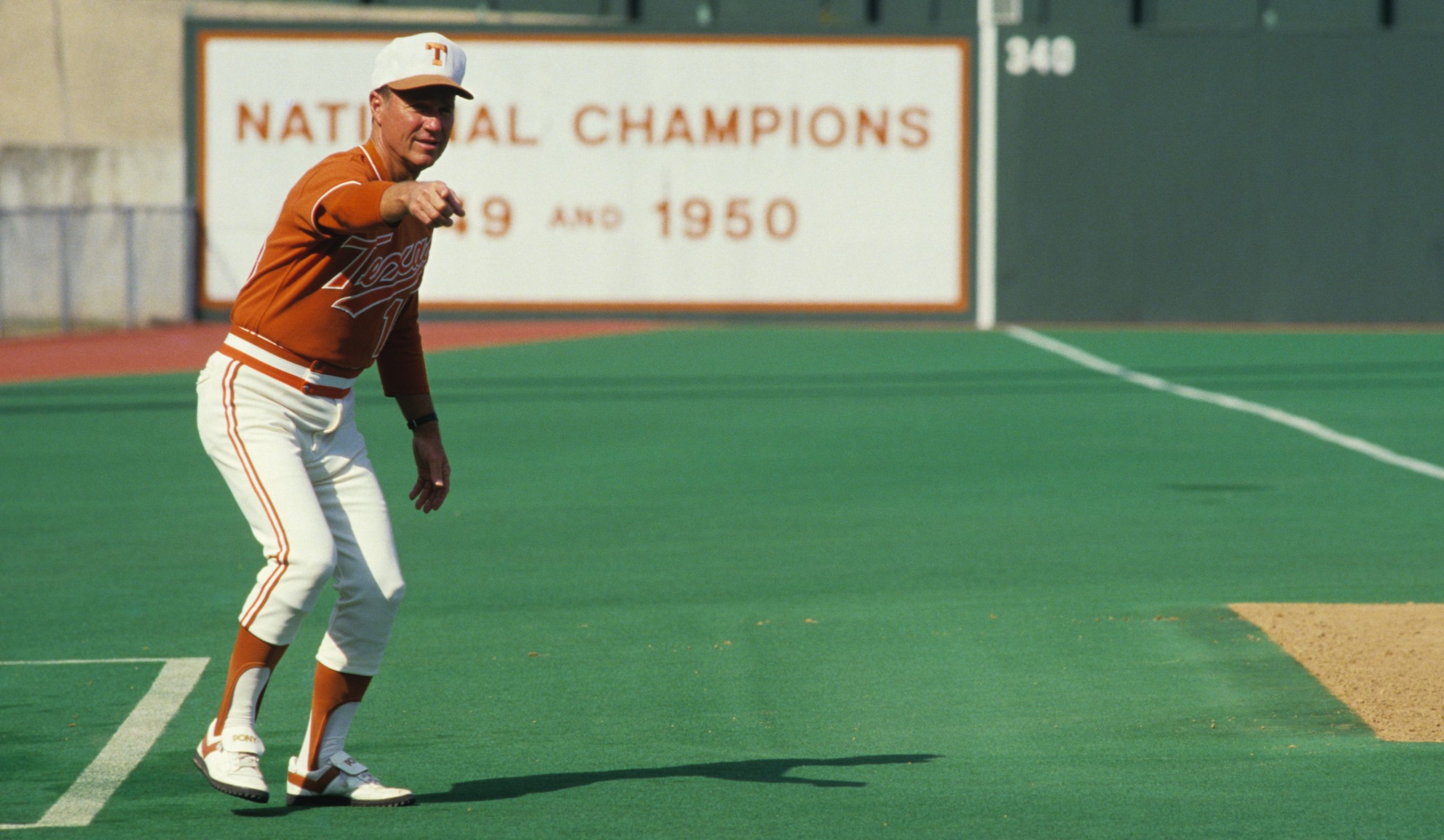 Baseball coaching legend Cliff Gustafson died Monday at the age of 91, the University of Texas announced. Gustafson won seven state titles at South San High School before embarking on a 29-year career at UT. Coaching at his alma mater, he guided the Longhorns to 22 conference crowns, 17 College World Series and two national championships. — Photo special, courtesy of the University of Texas

A few years ago, with nothing better to do during the pandemic, I wrote quite a bit about baseball.

One of my favorite interviews during the summer of 2020 was with John Langerhans, who played for the South San High School Bobcats and the Texas Longhorns under Coach Cliff Gustafson.

I thought about the interview today after learning that Gustafson, 91, had died. The coach passed away early Monday morning.

Rummaging through old files a few minutes ago, I found it. Langerhans talked about how Gustafson, at South San, led his players to believe that they could win it all every year.

“It was just the attitude that Gus built. You don’t get beat. You win. You go all the way.

“And, of course, Gus made the difference. We were talented. But back in those days, there weren’t too many great baseball coaches around. In those days, a lot of these schools had football coaches coaching their baseball team. So, Gus basically out-coached everybody, to go along with the talent we had.”

Langerhans played at South San from 1966 through 1968. He had grown up in Marble Falls and, after ninth grade, he moved with his family to the Alamo City when his father took the job as principal at South San.

He said the community embraced the game and the baseball program.

“During the summer, the kids just went up there and it was like playground ball. So the attitude of being a South San Bobcat (was) instilled in all the kids growing up. Then of course it culminated in the high school program.

“The whole desire, if you were eight or nine or ten, or a 12-year-old kid, you grew up around there wanting to be a South San Bobcat. That’s just the way it was. It was remarkable … just like playground ball.

“Kids would run over there, and they just chose up and played games.”

Though the coach was best known for guiding the Longhorns to 22 SWC titles, to 17 College World Series and to national titles in 1975 and 1983, he learned how to build a winning program at South San.

He did it better than just about anyone at the time.