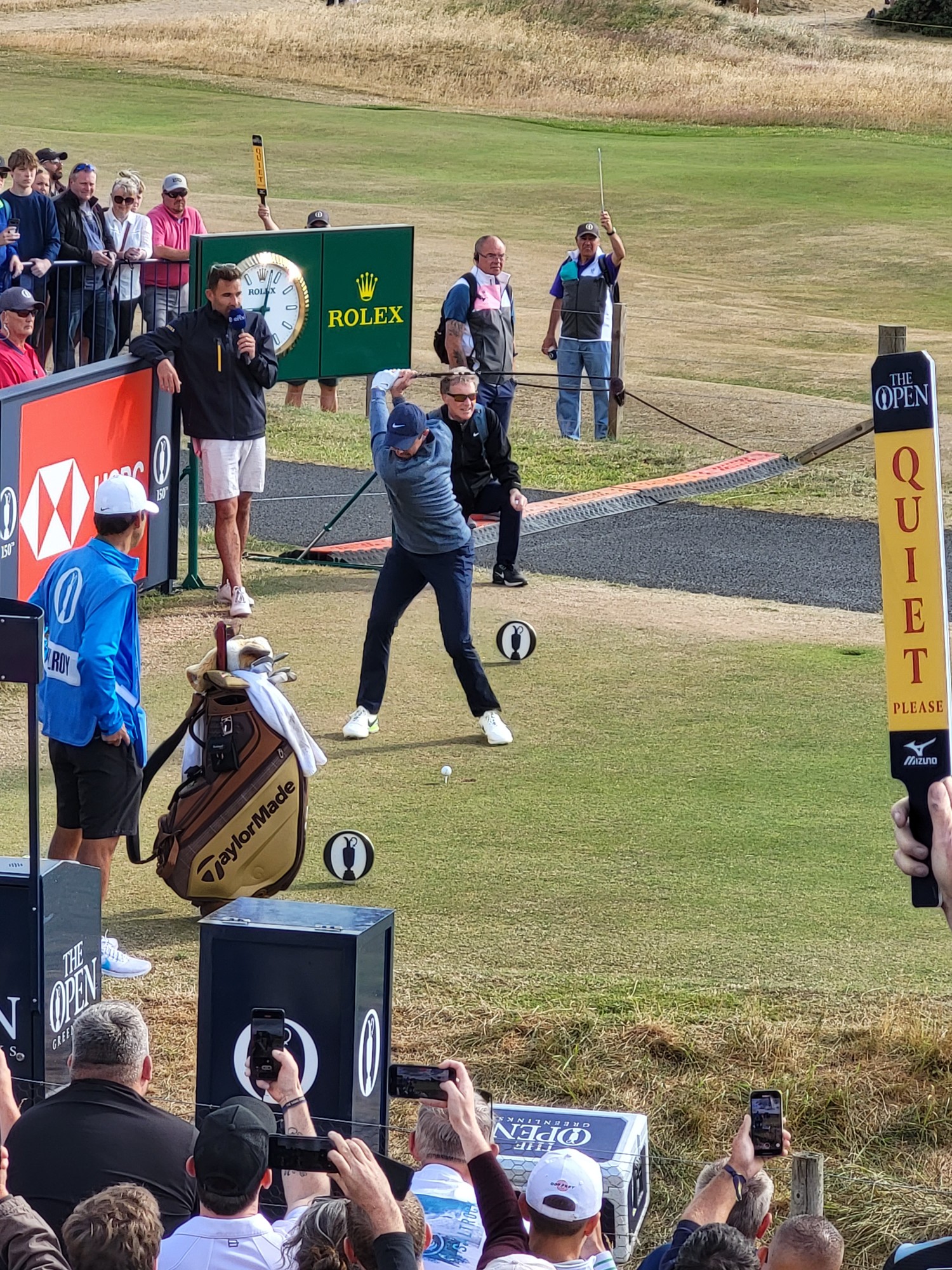 Northern Ireland’s Rory McIlroy, ranked No. 2 in the world, tees off Wednesday during the final day of practice for the 150th Open Championship. — Photo special by Tom Reiter, to The JB Replay

ST. ANDREWS, Scotland — No rain or too much wind on Wednesday, just an abundance of unexpected sunshine. I can’t imagine a more beautiful place (sorry that does include Texas) on this July morning.

After three days I’m beginning to talk like the locals (I bought a hat for me napper today). The people I meet are the friendliest people I’ve come across. Enough chitchat. Let’s get down to business.

Things started getting serious on the Old Course today. With The Open Championship starting tomorrow, the players were focused on studying the greens and determining everything about the way the golf ball could roll.

The galleries were larger, but there was less interaction with the players. The golfers’ eyes were on the prize, the Claret Jug, bestowed upon the winner of the world’s most prestigious tournament, on its most prestigious course.

I’ve watched them practice for three days, and I’ve just left a betting parlor where I’ve placed 10 quid on Rory McIlroy. Now it’s time for me to have a lovely pint with some outstanding chilli fries. As we say in the states, at 6:30 tomorrow morning, ‘Game on.’ 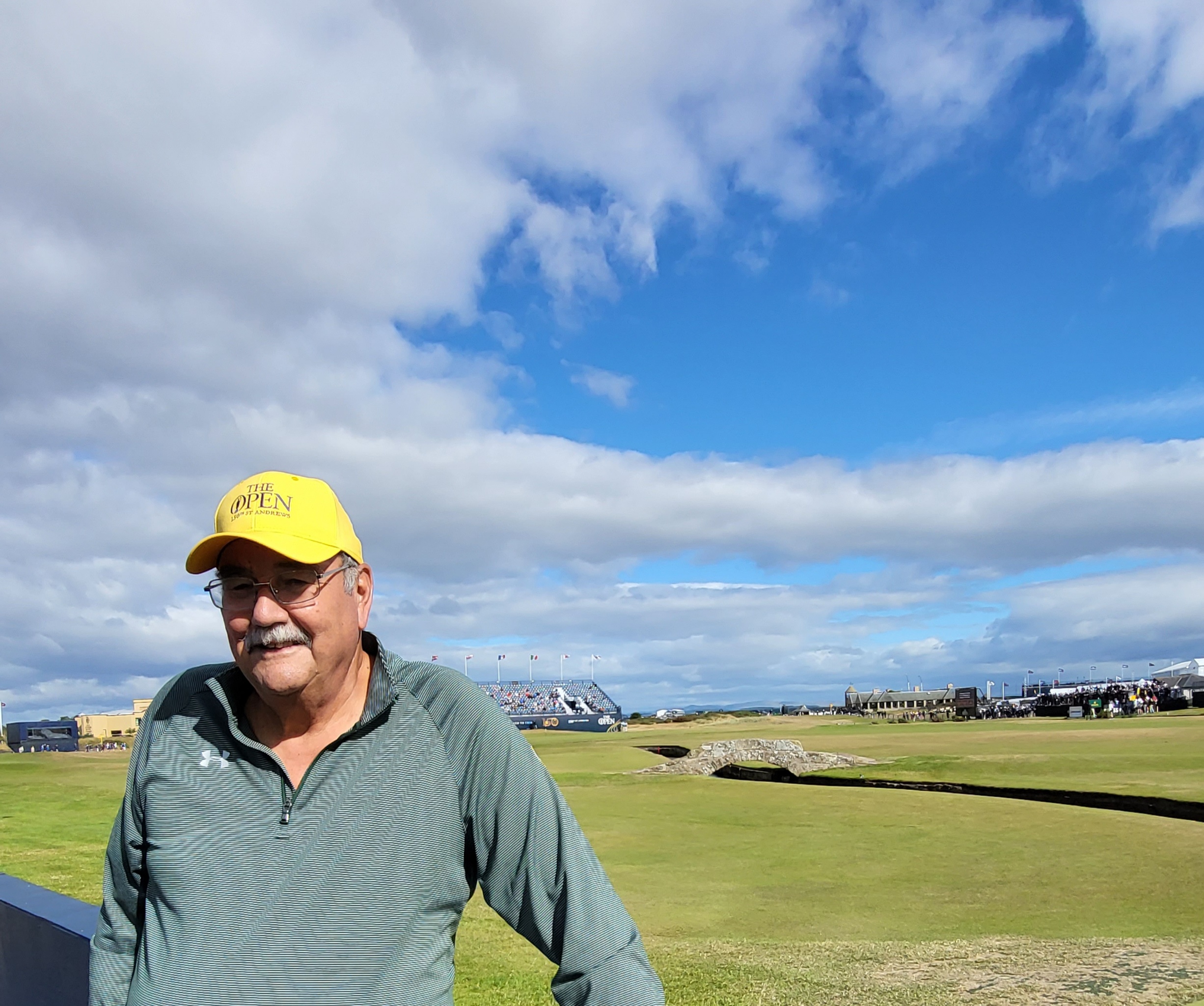 Tom Reiter dons an Open Championship cap on the Old Course Wednesday. In the background at right is the famed Swilcan Bridge. The 30-foot, rock bridge is estimated to be 700 years old, thought to be built originally for shepherds to herd livestock over the Swilcan Burn. Some believe golf in St. Andrews has been played for 500 years, according to brittanica.com. — Photo special to The JB Replay