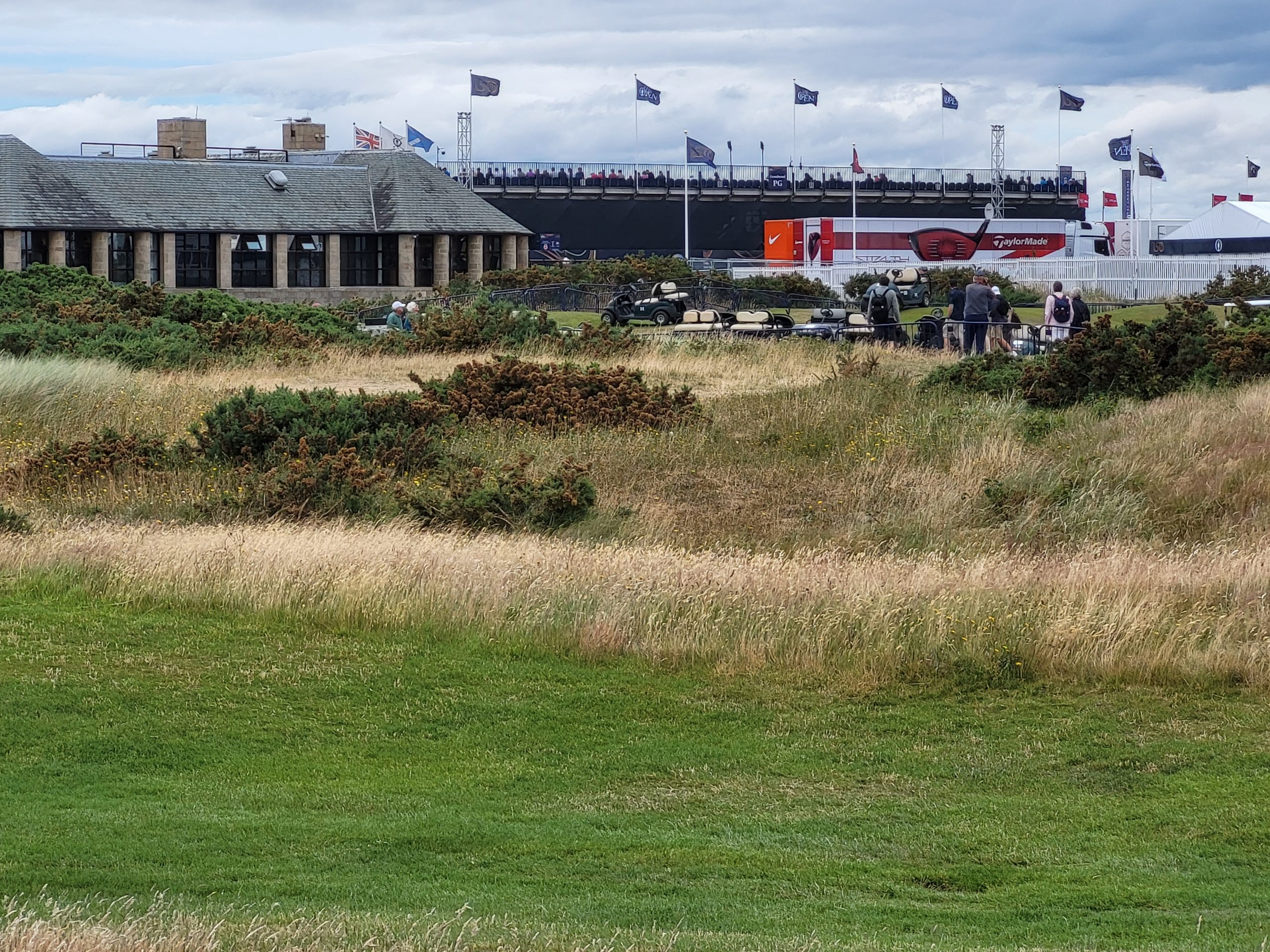 The best golfers in the world have gathered at the Old Course in Scotland for the 150th Open Championship. — Photo by Tom Reiter, special to The JB Replay.

Editor’s note: Good morning, all. My friend Tom Reiter has graciously agreed to send journal entries and photos during his bucket-list vacation to St. Andrews, Scotland. 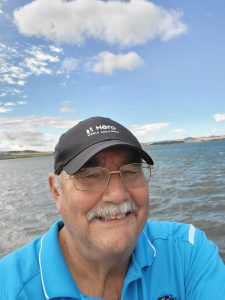 Tom Reiter is a retired school teacher who makes his home in North Carolina. He lived in San Antonio in the 1970s. – Photo special

ST. ANDREWS, Scotland — You know what Robert Burns said, ‘The best laid plans of mice and men often go awry.’ Well, after more than a year of preparation, I thought I had covered everything, but who would have thought I would need sunblock in St. Andrews!

My neck says I did. Instead of rain and wind that the Open is famous for, we had 76 and sun today (Tuesday). A beautiful day for watching some practice and do a little shopping on Market Street.

Tomorrow (Wednesday) is the last day of practice before the 150th Open Championship begins. I’ve filed one picture of me with the Firth of Forth in the background. Another is looking down the 18th fairway, and the third is Ernie Els putting on the seventh green.

Golf has an epic 500-year history in Scotland, a country buffeted by breezes off the North Sea. The game has been traced by historians as dating back to the late 1400s in the era of King James IV.

Reiter is a retired school teacher living in North Carolina. He lived in Texas and attended school in the 1970s at San Antonio College, where he was editor of The Ranger.
He arrived in Scotland on Monday and took in a four-hole exhibition of past Open champions. Enclosed are a few of his photos from Tuesday.

“I am looking forward to St. Andrews,” Tiger Woods said in April in a story published by the AP. “That is something that is near and dear to my heart. I’ve won two Opens there, it’s the home of golf. It’s my favorite golf course in the world, so I will be there for that one.” 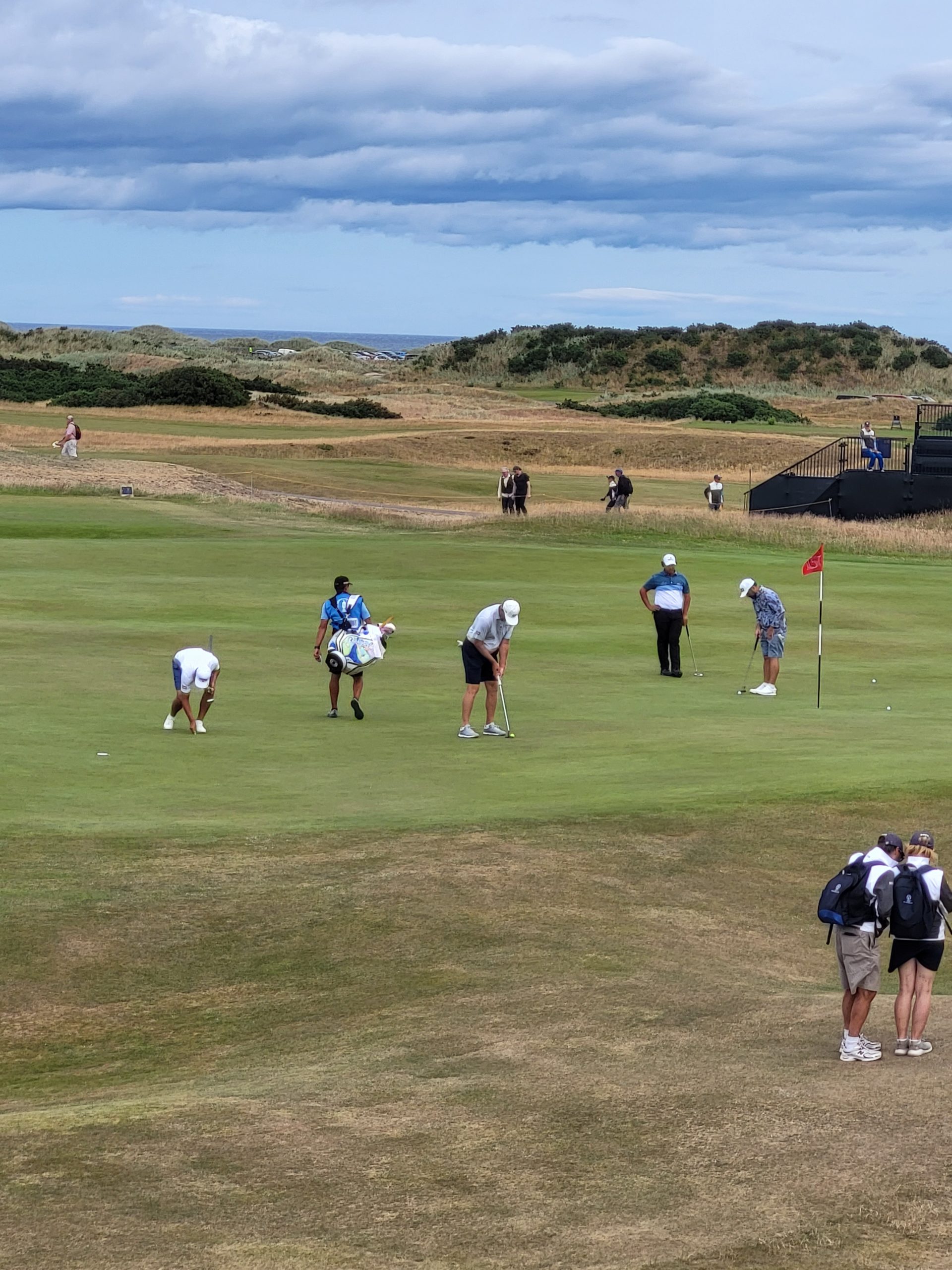 Golfers in the Open Championship test the putting surface at St. Andrews. — Photo special to The JB Replay