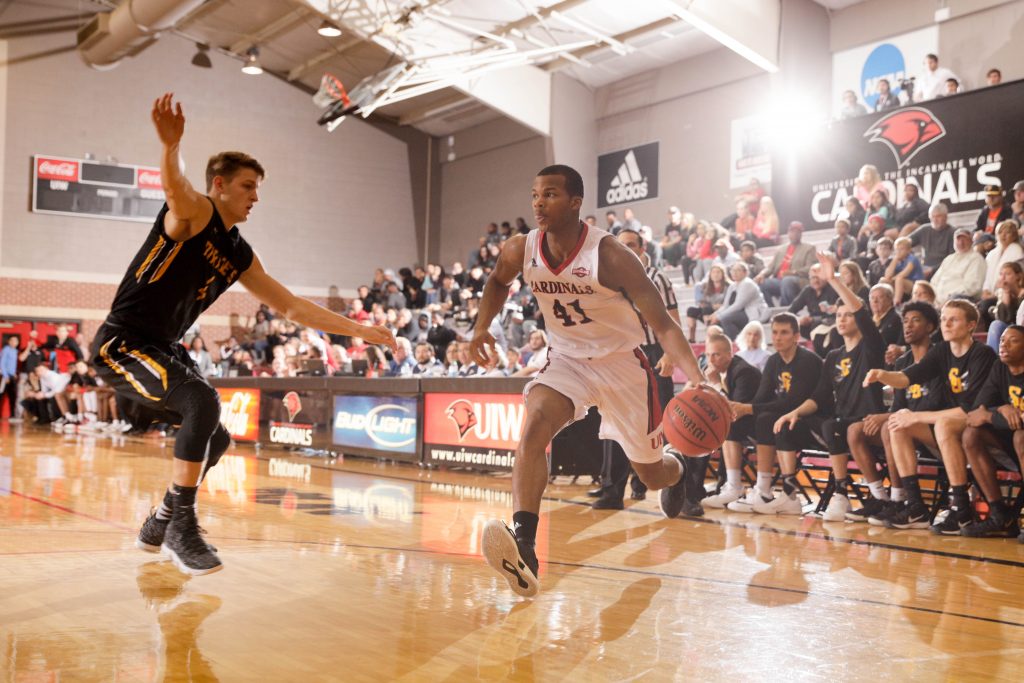 Shawn Johnson takes it to the hoop. Courtesy photo, by Soobum Im / the University of the Incarnate Word.

The Division I Cardinals (3-0) of the Southland Conference scored the first 17 points of the game.

Charles Brown III and Shawn Johnson led UIW with 19 points apiece. Johnson shot 70 percent from the field and went 3-for-5 from beyond the arc.

He nearly missed his first double-double of the season, grabbing a game-high eight rebounds, and led all players with four steals.

Point guard Jalin Hart did not play. Hart had to sit out Thurday’s practice with ice on a sore knee.

With Hart out, UIW replaced him with freshmen Augustine Ene, who started and scored 11 points on 5-for-5 shooting.

The Cardinals get their first test from Division I competition Wednesday night with a visit from Loyola Marymount.

Freshman guard Jhivvan Jackson continued to shine with 19 points, but it wasn’t enough, as Coastal Carolina handed UTSA its first loss of the season, 83-69, on opening day of the Bahamas Showcase Opener at Nassau.