New UTSA athletic director Lisa Campos holds her son, Christopher, as she is serenaded by the band and the pep squad.

Just as new UTSA athletic director Lisa Campos completed her introductory press conference Friday afternoon, she walked out of the Bexar Room in the University Center and into a wall of sound.

The school band and the pep squad had gathered to welcome her to campus. First, they played the fight song. Next, it was the school song.

As she walked further into the glassed-in area of the university center, the brass was playing loudly. Her husband, Darren D’Attilio, and her wide-eyed son, Christopher, looked around in wonder.

Asked later about the gesture from the university, she said, “Oh, my gosh. It’s just about the pride and the support. It was fantastic.”

Campos comes to UTSA from Northern Arizona, where she had served as athletic director since 2012.

UTSA president Taylor Eighmy said she has agreed to a five-year contract, starting in the first year with a base salary of $375,000.

Officially, she starts on Jan. 15.

The UTSA job had been open since September, when Lynn Hickey stepped down after 18 years.

Campos arrives with a reputation as a fundraiser and as an organizer who helped NAU to 32 Big Sky and Western Athletic Conference championships.

“Her candidacy kept rising to the top,” Eighmy said. 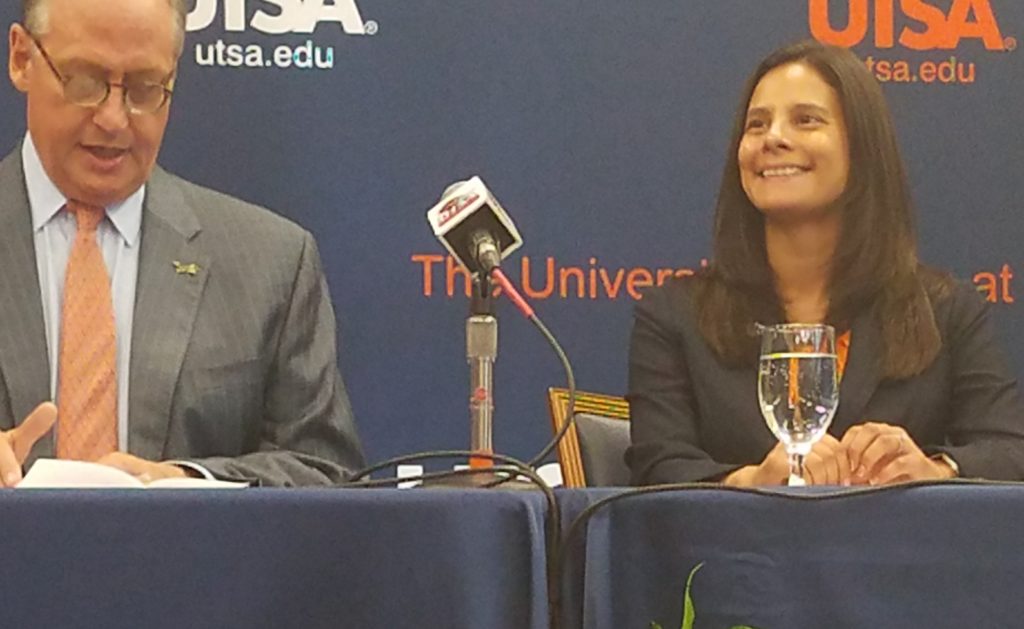