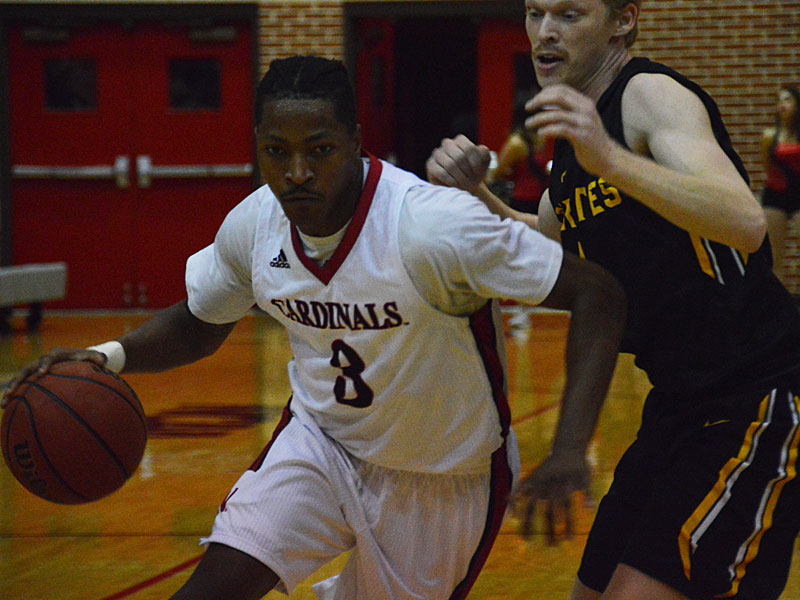 Simi Socks (3) says he is preparing to play more on the wing to give UIW more flexibility in its rotation of big men. (Joe Alexander / thejbreplay.com)

After spending a lot of time during the past month on the road, members of the University of the Incarnate Word men’s basketball team relished a chance to return home last weekend.

“Just to re-focus and get our chemistry back in order,” junior forward Simi Socks said Friday.

Intent on snapping a four-game losing streak, UIW will host Sam Houston State in a Southland Conference game on Saturday at 3 p.m. at the Convocation Center.

“We’re going to be picking it up on the defensive end,” Cardinals forward Simi Socks said. “We’re really going to be attacking.”

Coach Ken Burmeister said it will help playing at home.

“It’s going to be good to be home, playing on our own floor,” the coach said. “We’ve had a lot of travel with the UTEP and Florida games and then going out on the road, taking the bus, and then coming back.

“But we’ve got to move forward. We had a week at practice. Guys have gone hard (and) picked up our intensity on defense. We’ll see where it goes.”

Against Sam Houston State, UIW (5-7, 0-2) is looking for its first win in the SLC phase of its schedule.

It won’t be an easy task, as the Bearkats (7-8, 1-1) will bring in a trio of standouts in forward Chris Galbreath Jr. and guards John Dewey III and Jamal Williams.

Williams and Marcus Harris scored 15 apiece in an 82-76 victory Wednesday at home over Central Arkansas.

The Cardinals haven’t played since last Saturday when they lost in Thibodaux, Louisiana, to cap an ugly road trip, which included non-conference losses at UTEP and Florida and then SLC losses at McNeese State and Nicholls State.

UIW actually played well for long stretches against both UTEP and Florida. Against Florida, UIW trailed by only five with 12 minutes remaining.

But when conference play started, the Cardinals crumbled, getting schooled 85-62 at McNeese and 77-60 at Nicholls.

What happened? Well, it’s complicated. In both games, UIW fell behind early and shot the ball poorly as a team.

But it also could be traced to UIW’s evolution as a team as it tries to mesh 7-foot center Konstantin Kulikov into the playing rotation. 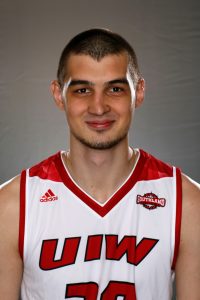 Kulikov, from Russia by way of San Jacinto College, played for the first time this season at Florida on Dec. 22 after being cleared by the NCAA.

In three games, he’s averaging 2.7 points in 12.7 minutes per game on 33 percent shooting.

Burmeister said Kulikov will come off the bench against Sam Houston State after starting against Nicholls.

“Kuli’s conditioning needs to get better,” Burmeister said. “He’s trying hard. But we ran into some good big people that took advantage of him, and he’s just got to learn from experience.”

With Kulikov and Charles Brown III in the paint, Socks moved more to a wing position, which didn’t work out so well.

Against Sam Houston, the coach said he wants Socks to play more inside.

But the explosive 6-foot-7 junior, a native of Zimbabwe out of Coppell High School, said he wants to be as versatile as possible to help the team.

Socks plays a leading role with the Cardinals, averaging a team-high 12.7 points and 4.9 rebounds.

The mood in the UIW camp was down when the team returned home last weekend, Socks said.

“But we really picked it back up in the past week, getting ready for this game,” he said.