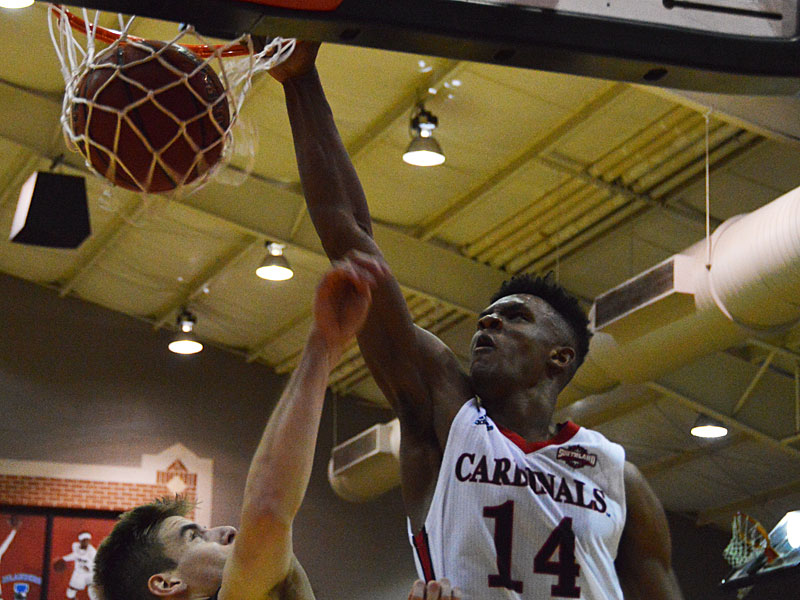 With strong play from the reserves, UIW broke the game open with a 26-8 burst in the final 8:33 of the first half in front of announced crowd of 1,234 at the UIW Convocation Center.

Redshirt freshman Christian Peevy came off the bench and contributed 16 points and 10 rebounds for the Cardinals, who improved to 2-0 on the season.

Senior Sam Burmeister added 12 points and 7 rebounds, while Augustine Ene added 11. Ene, a freshman from Carrolton, hit 5 of 6 shots from the field.

Danny Rivara scored 12 and Stephen Molina 11 for the Tigers. The game counted as an exhibition for Trinity, which competes in NCAA Division III.