The Villanova Wildcats and Michigan Wolverines on Sunday kicked into high gear their preparation for Monday’s NCAA basketball championship game at the Alamodome.

Coaches and players were also meeting with the media. 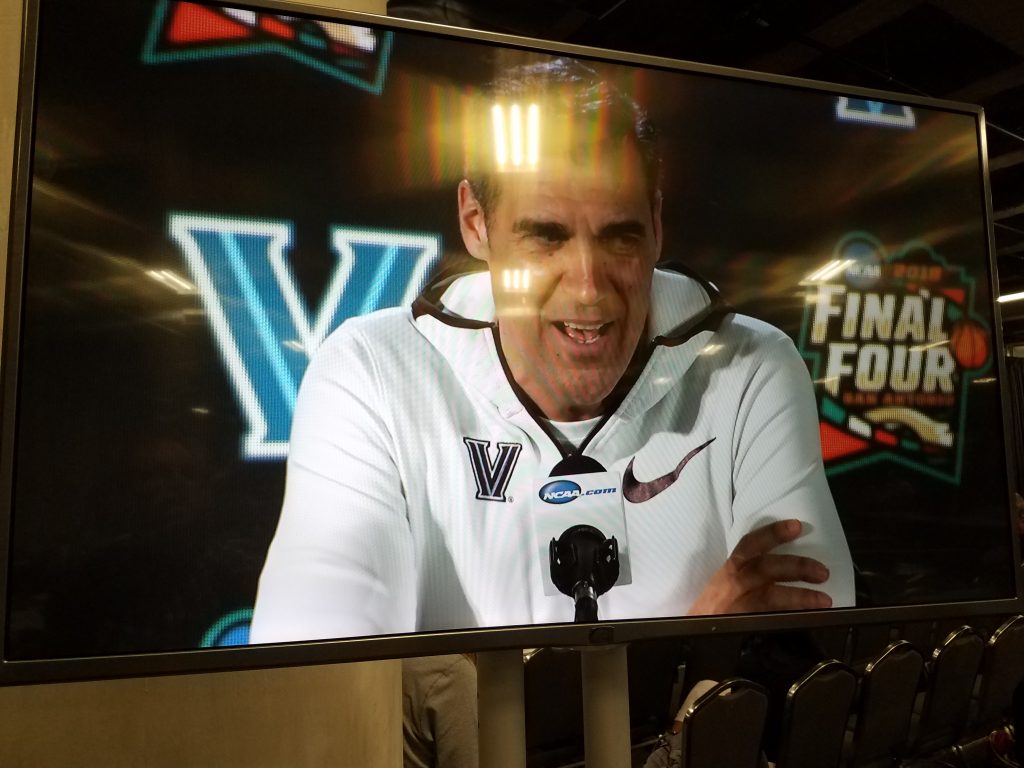 Villanova coach Jay Wright (pictured, above) talks to reporters Sunday on the eve of the national title game against Michigan.

He’ll get a shot to seize the second crown of his career on Monday night at the Alamodome in downtown San Antonio.

“We are thrilled to be here, obviously,” Wright said. “Every time you come up here, you just kind of pinch yourself, like, we’re still here. This is really cool.”

Villanova forward Eric Paschall emerged as one of the stories of the Final Four Saturday when he hit 10 of 11 shots and scored a team-high 24 in a 95-79 victory over Kansas.

With his performance, Paschall put himself in position to play in his first title game for the Wildcats.

He sat out under transfer rules in 2015-16 when Villanova beat Oklahoma and then North Carolina in Houston. 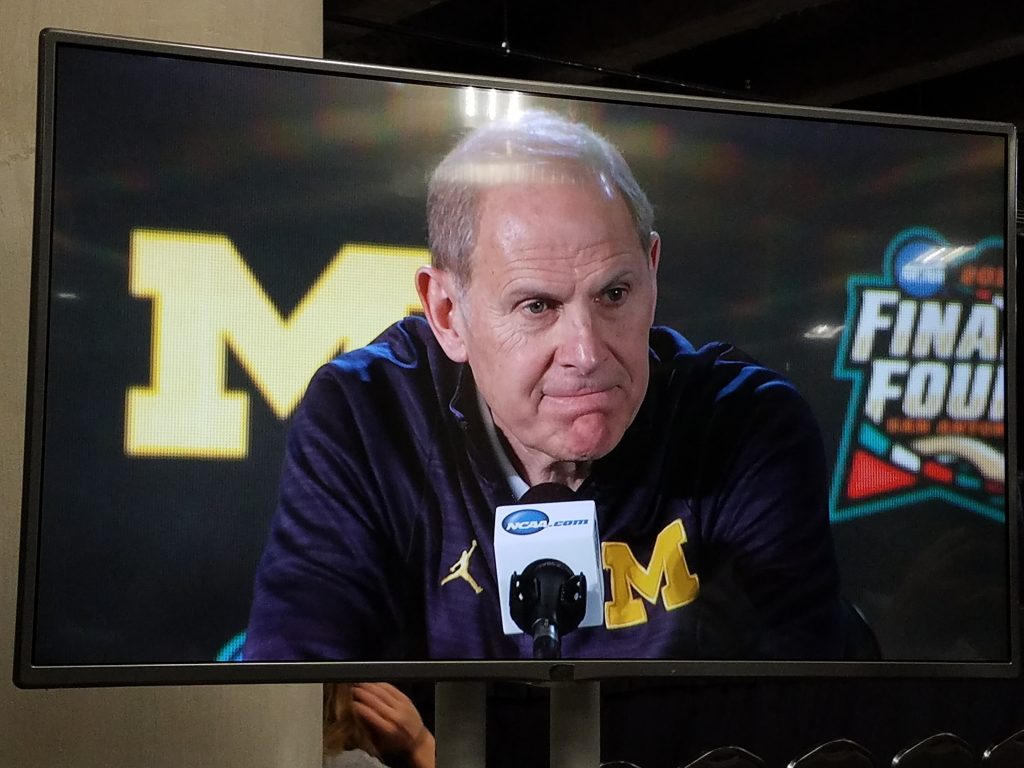 “It was an offensive clinic against a very good defensive team,” Beilein said. “We’re just pleased to be in this forum right now, where we’re playing the last day.”

Michigan advanced to the title game with a 69-57 victory over Loyola-Chicago.

Michigan guard Muhammad-Ali Abdur-Rahkman on Sunday afternoon discussed the impact that coach John Beilein has had on his career.

Abdur-Rahkman came to Michigan as a two-star recruit and worked his way into a starter’s role.

He told reporters that he always appreciated that Beilein treated players who weren’t playing the same way he treated athletes in the rotation.

Abdur-Rahkman will be a key figure in the championship game with his ability to guard the three-point line.

On Saturday afternoon, I got myself into a bit of a rush on my way to the Final Four.

Preparing to leave my house, I left my phone charger in the living room.

Once I arrived in the dome press room, I unpacked my gear and discovered the mental error.

Fortunately, my wife was home and, as usual, was more than willing to help me out.

She drove downtown and delivered the phone charger, handing off to me in front of the Express-News building.

I wasn’t thrilled with the idea of having to walk from the dome to the newspaper, and back, but I’m glad I did.

It was a chance to see and hear the sights and sounds of visitors on their way to the game.

In a sense, a mental error allowed me to feel the pulse of the tournament.