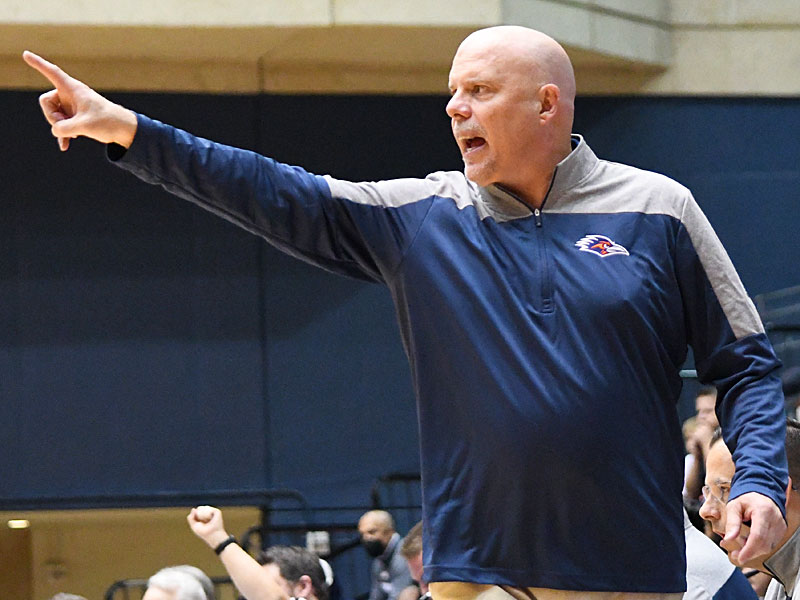 One game over .500 after five games, the UTSA Roadrunners are a long way away from becoming the type of team that can win three games in three days, or four in four days, in March at the Conference USA tournament.

Right now, the commitment to defense is a good thing, but it can only carry a team so far when the offense is completely muzzled, as it was in a 52-point loss on Nov. 12 at Oklahoma.

If anything was learned from the trip to OU, it was that the Roadrunners will need to develop another reliable offensive threat, or two, in order to make a serious run at a C-USA tournament title in the spring.

The loss to Division II Texas A&M-Commerce on Monday also exposed some flaws. It showed, again, a lack of firepower on the offensive end. And, also, that the Roadrunners aren’t invincible on their homecourt even against less-heralded programs.

So, when the Roadrunners (3-2) host the Texas A&M-Corpus Christi Islanders (3-1) on Sunday afternoon at the Convocation Center, they’ll need to take another step forward after completing a three games-in three days experience last week with victories over the Denver Pioneers and the IUPUI Jaguars.

“I think it’s a pretty unified group,” UTSA coach Steve Henson said after the IUPUI game. “It’s a group that wants to have success.”

The victory over the Jaguars was encouraging, given that the Roadrunners were down by 10 points with less than seven minutes remaining and still managed to pull it out, winning 60-57.

On their third game in three days, they dug down at the end and outscored the Jaguars 16-3 in the final 6:45.

“It tells me we’re close to who I hoped we would be (at this point in the season),” Henson said. “We’re nowhere near where we want to be or where we think we can get to. But we’re making progress.

“There were some things that I showed ’em from yesterday’s game ago. Darius (McNeill) made some great defensive plays (against Denver) that he didn’t make a week ago. So, we’re making baby steps.

“The Commerce game, (you see) how many silly turnovers there were. The casual shots. Yesterday (against Denver) there were fewer. Today, maybe even fewer. Turnover numbers (were down). We got to keep getting quality shots.

Keaton Wallace, the No. 2 scorer in UTSA history, is a first-year pro playing in the NBA G League for the Ontario, Calif.-based Agua Caliente Clippers.

Jhivvan Jackson, No. 1 on the all-time list, isn’t signed with a pro team yet as he works his way back into shape following shoulder surgery after last season.

Jackson attended UTSA games last week around a visit to a surgeon who performed the operation. He has been training and rehabilitating in his native Puerto Rico, while his agent monitors potential offers, Henson said.

Over the past four years, Jackson scored 2,551 points for the Roadrunners. Wallace had 2,080. Jackson’s total was 52nd in NCAA history and No. 1 among NCAA players born in Latin America. He averaged 22.2 points per game for his career.

“(Jhivvan) said he’s still getting some pain in his shoulder,” Henson said Wednesday evening. “That’s quite a ways removed from his surgery, so he came in the office and we talked. He was headed to see the doctor who did the surgery …

“He’s being smart about it. Not going to rush into anything. (He wants to) make sure he’s 100 percent (before he commits to play with a franchise).”

UTSA on Tuesday posted a photo on social media of Jackson talking to Jordan Ivy-Curry outside the locker room. Ivy-Curry had just scored 27 points against the Pioneers.

“Jhivvan was a good teammate,” Henson said. “Guys liked him. They really did. We’ve talked about this before, but Juice had the perfect amount of respect for Jhivvan and Keaton (Wallace).

“Juice is a confident guy. A tough guy. He came in and battled those guys all the time. But he also watched how they worked. He saw them, staying after practice, shooting for an hour.”