Saturday Summary:
– First team to sweep No. 1 since April 2016
– Second top 5 sweep (Arkansas)
– 17th comeback win
– 15th win vs. a ranked opponent
– Second six-run inning in as many days (prior to Friday, no team had done it once vs. UF in 2018)#HailState? pic.twitter.com/EXLr6anJAH

The Mississippi State Bulldogs surged into the Baseball America Top 25 with a sweep of top-ranked Florida last weekend, according to the poll released Monday.

The Bulldogs, playing at home, downed the Gators 6-3, 12-4 and 13-6 in the biggest surprise of the week in the Southeastern Conference.

Despite the three losses, Florida remained No. 1 in the national rankings leading into the SEC tournament that starts Tuesday at Hoover, Ala.

The Bulldogs open play in the tournament ranked 25th.

The 2018 #AmericanBSB Pitcher of the Year is @UHCougarBB's Aaron Fletcher!

D1 Baseball, in its weekly projections of the 64-team NCAA tournament, listed four teams from both the SEC and from the Atlantic Coast Conference as No. 1 seeds hosting first-roud regionals.

The website projected that Florida, Georgia, Arkansas and Ole Miss from the SEC and North Carolina, North Carolina State, Florida State and Clemson from the ACC all would host.

Two teams from the Big 12 — both Texas Tech and Texas — are also projected as No. 1s hosting on the first weekend.

Other teams from the state projected to make it into the NCAA field include Houston (a No. 2 seed), Texas A&M, Baylor, Dallas Baptist and Sam Houston State (all No. 3s) and Texas Southern (as a No. 4). 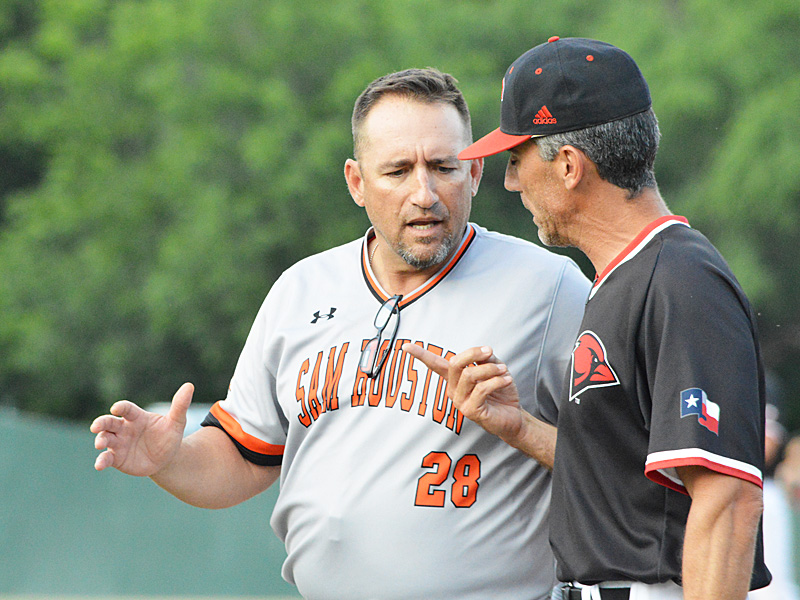