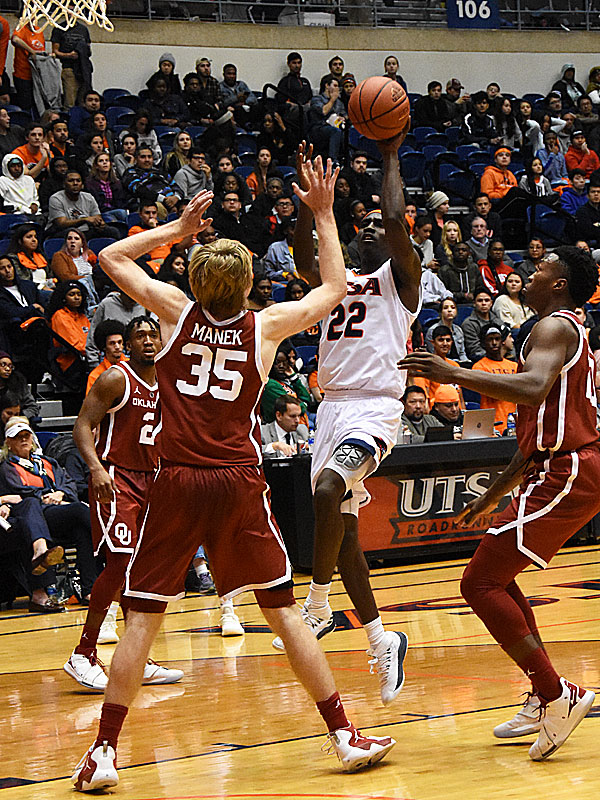 For UTSA basketball fans stressing out over an 0-2 start, there’s really no reason to panic.

Roadrunners coach Steve Henson will find a way — that is, if you believe Oklahoma Sooners coach Lon Kruger.

Trailing by four points six minutes into the second half Monday night, Kruger’s Sooners powered past the Roadrunners, 87-67.

A crowd of 2,494 at he Convocation Center watched as OU manufactured a 39-15 run in the last 14 minutes to turn back a UTSA upset bid.

Kruger suggested afterward that Henson, his longtime former assistant, will figure it out.

Remember, Henson is the guy who arrived at UTSA in 2016 to take over a team with five victories the previous season.

It’s an achievement that has surprised even Kruger, Henson’s coaching mentor since the late 1980s.

“No one is going to work harder at it than Steve and do it with more integrity than Steve,” Kruger said. “That they did it so quickly (in turning around the program) may be a little bit of a surprise.

“No, he’s got all the qualities to be an outstanding coach. He’s been one for two years, and I expect that to continue.

“I like his ball club this year a lot,” said Kruger, whose Sooners improved to 2-0. “You get (Jhivvan) Jackson back healthy and a couple others playing well, I like his team a whole lot.”

Without him, the Roadrunners lack a go-to man when they need a bucket.

The Roadrunners have also been turnover prone.

They had 19 in the opener and 14 against the Sooners, including several down the stretch.

Henson characterized the team’s mood after the loss as disappointed, “as it should be.”

“Disappointed that we didn’t play the way we needed to,” Henson said. “We fought, competed. Our effort was good. Our focus was good. Preparation was good, and they’re a good team.

“The main topic was turnovers. Some forced. Some unforced. They trapped us a little bit, which is something I thought our team would thrive off of … But (we) didn’t handle that very well.” 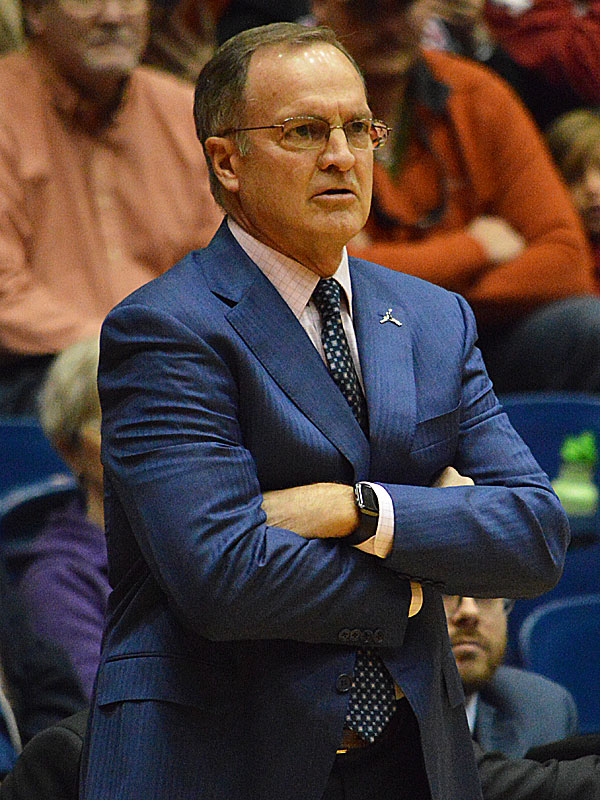 With the offense struggling, the Roadrunners went scoreless for the first eight minutes and fell behind, 7-0. But after trailing by 12, they rallied with a 23-11 run to tie the game. Keaton Wallace hit consecutive threes in the streak, including one from long distance (see video below). OU retaliated with an 11-1 run to the buzzer, lifting OU into a 39-29 lead at the break.

The Roadrunners enjoyed the best six-minute stretch of the season at the outset, roaring from behind with a 23-9 run to take a 52-48 lead. Nick Allen keyed the streak with three baskets, including a driving layup, a three-pointer and a layup. De Nicolao and Wallace also added threes during the streak. Undaunted, the Sooners countered with solid bench play from Miles Reynolds and Jamal Bienemy. A Bienemy steal and layup, a jumper and another layup put OU up by five. The Sooners would not look back. 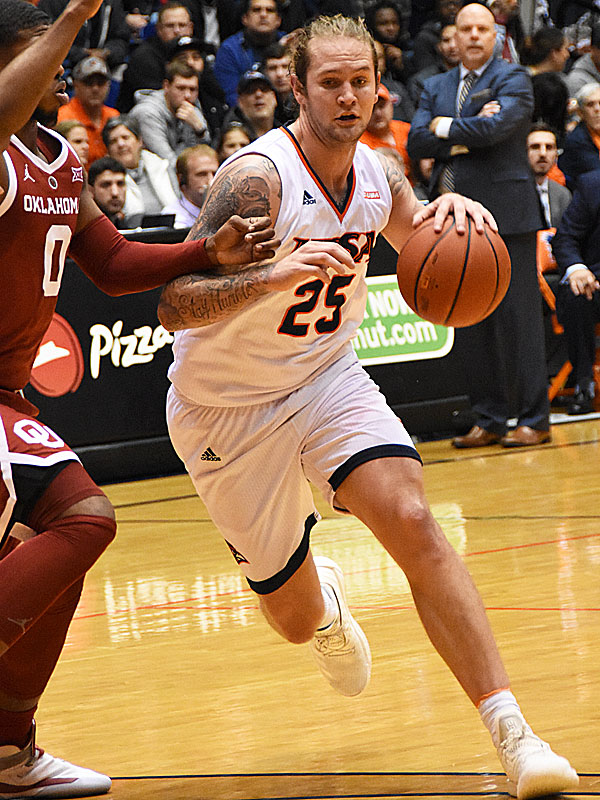