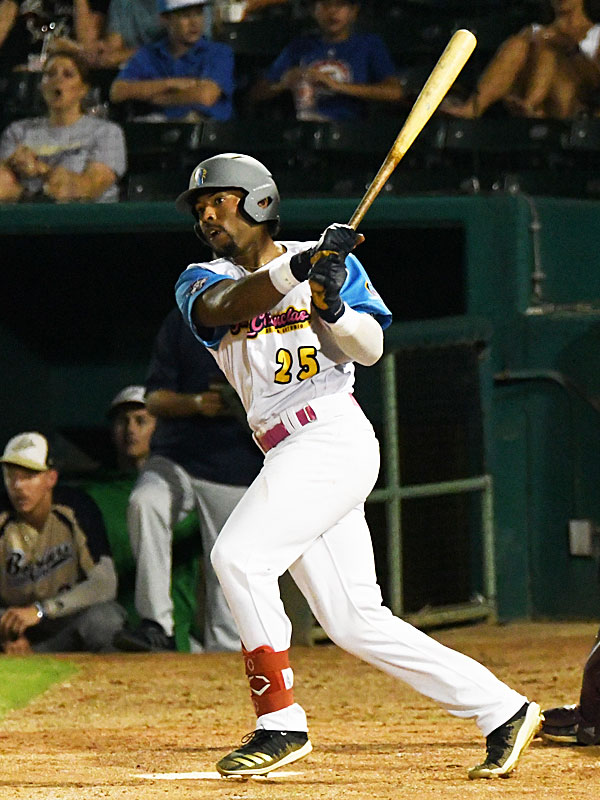 Ian Bailey drives in the Flying Chanclas’ first two runs with a double over third base in the bottom of the sixth inning on Tuesday at Wolff Stadium. – photo by Joe Alexander

As poorly as the Flying Chanclas de San Antonio played in stretches Tuesday night, they had a chance to forge a tie in the eighth inning when newcomer Ian Bailey hit a ball high and deep to left field.

For a moment, it looked like it might be a two-run homer and a tie game. But Brazos Valley’s Manny Garcia backed up to the warning track to make the catch for the last out.

The opportunistic Bombers tacked on another run in the ninth and went on to win 6-3 at Wolff Stadium, seizing a 1-0 lead in a best-of-3 South Division playoff series in the Texas Collegiate League.

With the road victory, the Bombers moved into position to clinch the series on their home field. They’ll try to deliver the knockout blow against the Chanclas in Game 2 on Wednesday night in Bryan.

The Chanclas, in their inaugural season of play in the TCL, had high hopes of winning their first playoff game. Despite losing four of six to the Bombers during the regular season, they had a hot pitcher on the mound and some new additions to the team in the field.

But the Bombers rolled out their own ace, right-hander Bryce Miller, who pitched no-hit ball through four innings. Though Chanclas lefty Austin Krob had very good stuff himself, he got in trouble in the sixth by allowing a couple of hits. 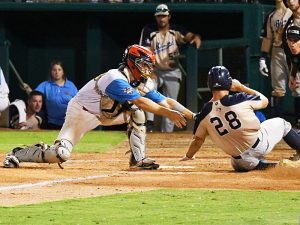 Flying Chanclas catcher Tyler LaRue tags out Brazos Valley’s Wesley Faison at the plate in the top of the eighth inning. – Photo by Joe Alexander

The base runners turned into two runs and a 2-0 lead for the Bombers, who would never trail again. The Chanclas tied it in the bottom half on a double by Bailey that scored a pair and forced a 2-2 tie.

From there, the visitors took advantage of Chanclas relief pitching that had trouble finding the strike zone. Employing timely hitting and aggressive base running, they added two runs in the seventh, one in the eighth and one in the ninth.

In the end, the Chanclas failed to generate enough offense to make a game of it. They were hitless through five innings. The top four batters in manager John McLaren’s lineup went 1-for-14 and failed to drive in a run.

Bailey’s two-run double into the left-field corner in the sixth made it interesting. But by the time Lee Thomas drove in a run with a single in the eighth, the Chanclas were playing from behind, which usually doesn’t turn out well in playoff baseball.

TCL playoffs at a glance 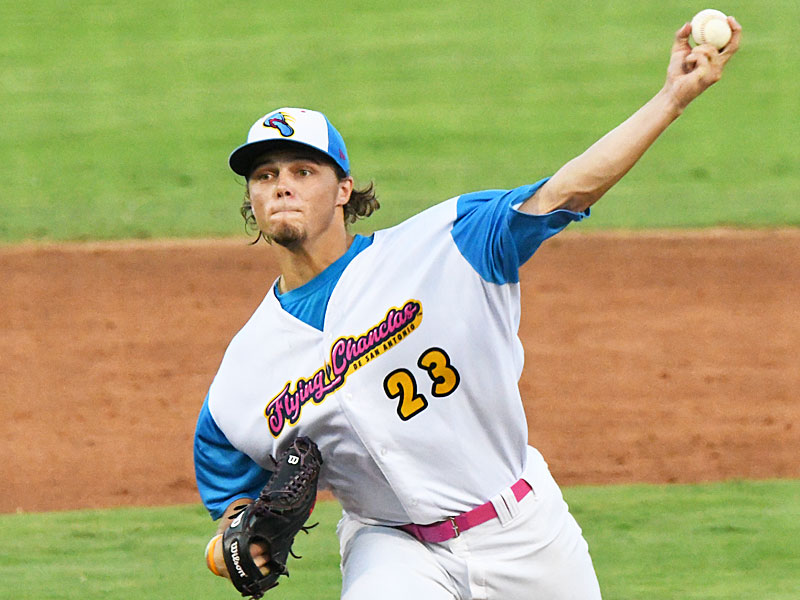