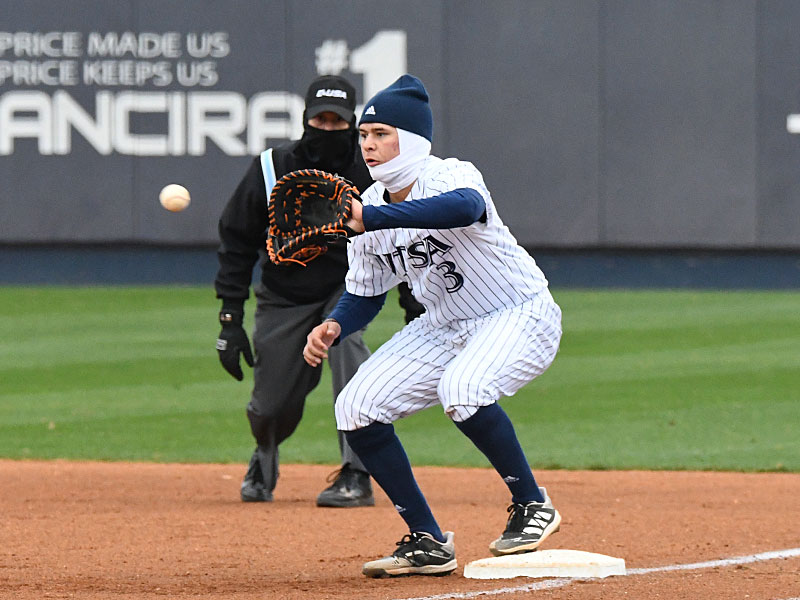 Infielder Matt King.and the UTSA Roadrunners continue their first home series of the season against the Seattle Redhawks Saturday. – Photo by Joe Alexander

The new college baseball season continues on Saturday at Roadrunner Field as UTSA (4-1) and the Seattle Redhawks (1-5) hit the diamond for Game 3 of a four-game series. First pitch is at noon.

Braving temperatures in the 40s on Friday, the Roadrunners took two from the Redhawks to open the series, winning the first game 7-3 and then claiming the nightcap, 3-2.

In the second game, UTSA’s Austin Ochoa smashed a two-run double in the seventh inning to give the Roadrunners a 3-0 lead. UTSA pitching gave up two runs in the eighth and then held on in the ninth for the victory.

In the opener, Shane Sirdashney had two hits and two RBIs for the Roadrunners. UTSA put the game away with four runs on four hits in the sixth. Matt King and Leyton Barry acontributed to the uprising with back-to-back RBI singles.