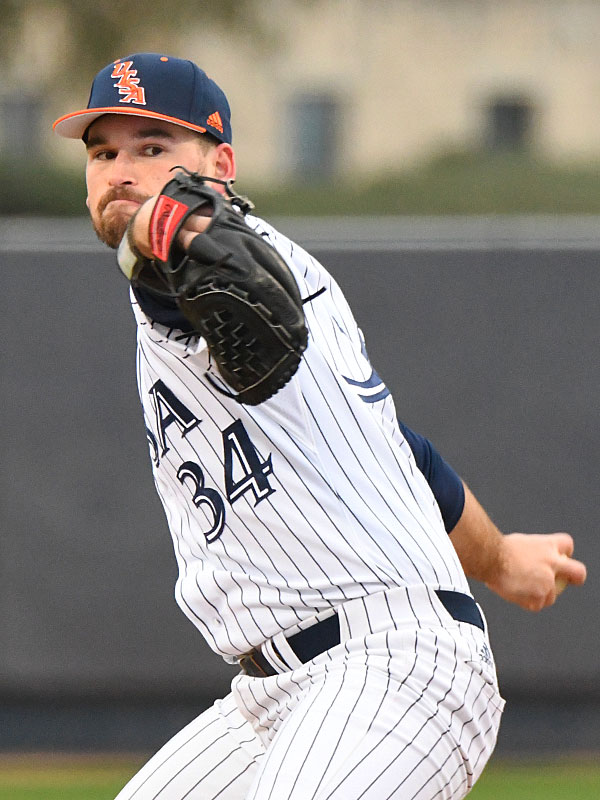 Luke Malone pitched into the eighth inning Friday night as the UTSA Roadrunners downed the Seattle Redhawks 3-2 to sweep a doubleheader. UTSA won the opener, 7-3. – Photo by Joe Alexander

The UTSA Roadrunners talked in days leading into the new season about their hopes for an improved pitching staff. They feel pretty good about the results after the first five games.

UTSA improved its record to 4-1 after downing the Seattle Redhawks 7-3 and 3-2 Friday in 40-degree weather at Roadrunner Field.

On the first day at home for the Roadrunners this season, the pitching wasn’t perfect. But it seemed to hold together in the tough moments. 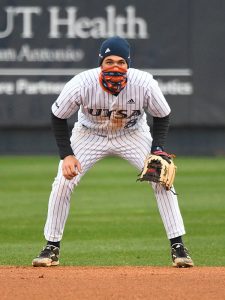 In the first game, the Roadrunners fell behind 3-0, only to have relievers Ryan Beaird and Reece Easterling shut out the Redhawks on no hits in the final 4 and 1/3 innings.

In Game 2, Luke Malone started and worked into the eighth inning with a 3-0 lead. After Seattle scored twice in the eighth, reliever Allen Smith struck out two batters to end the threat.

When the Redhawks rallied again in the ninth, Daniel Shafer entered to get the last two outs to preserve the victory. The Redhawks had the tying run at third base, but Shafer induced a ground ball by Connor O’Brien to end the game.

Malone might have been the story of the day. He was strong. He worked 7 and 1/3 innings and yielded only one run on three hits, striking out seven and walking just one.

Last week, UTSA opened its season on the road against the Tarleton State Texans and won two out of three largely on the strength of their offense. They won 21-5 and 12-8 and then lost in the finale, 12-1. 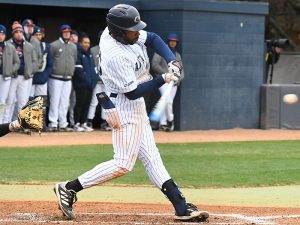 Ian Bailey, a senior from Stevens, leads the Roadrunners with a .450 batting average through five games. He has nine hits. – Photo by Joe Alexander

Through five games combined against Tarleton and Seattle, two programs affiliated with the Western Athletic Conference, UTSA’s pitching staff ERA is 5.40, down slightly from last year’s 5.92.

In addition, UTSA pitching is holding opponents to a .259 batting average. Last year, teams hit .277 against the Roadrunners.