Hoping to stay undefeated at home and ramp up efficiency to a higher level, the UTSA Roadrunners will host the Lamar Cardinals tonight at the Convocation Center. Tipoff is at 6 p.m. 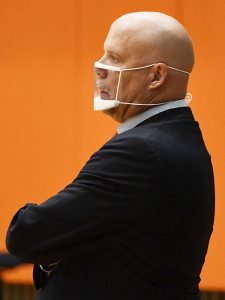 The Roadrunners (3-3) and Cardinals (1-6) are both playing their last game before opening their respective conference schedules.

Lamar, from the Southland Conference, will return home to host Southeastern Louisiana next Tuesday.

UTSA will tip off its Conference USA slate on New Year’s Day. The Roadrunners will play on the road at Rice University on a two-game swing, Jan. 1-2.

Against Lamar, UTSA will be looking for its first victory of the season against an NCAA Division I program.

They’re 0-3 against Division I teams including losses at UT Rio Grande Valley, Oklahoma and Oregon State.

The Roadrunners are coming off a resounding victory, 102-70 Our Lady of the Lake, a San Antonio-based NAIA program.

UTSA overwhelmed OLLU athletically on Sunday afternoon but had far too many mistakes to satisfy Coach Steve Henson.

“We were bothered by their press, which was nothing unusual. A little surprised we didn’t handle that a little bit better. There were a lot of opportunities to break the press and go make plays.

“So there were some teachable moments. Now, we don’t have a lot of time to look at this one, because we’ve got to move quickly on to Lamar. But there’s still a lot of room for growth, and our guys know that.

The Roadrunners have produced back-to-back strong efforts on the boards. At Oregon State on Dec. 16, UTSA dominated the glass against a bigger team in the first half and led 34-30 at halftime. The Beavers retaliated with their own sustained effort after intermission and pulled out the victory, 73-61. Against OLLU, UTSA held a 65-38 edge on the boards in a 102-70 victory.

“It’s going to help us win games. Today we got 31 offensive rebounds. I think that’s probably the most I’ve been around. It just helps give us more possessions. And we’ve been limiting teams to one shot. That’s really a key for our defense.” — UTSA guard Jhivvan Jackson