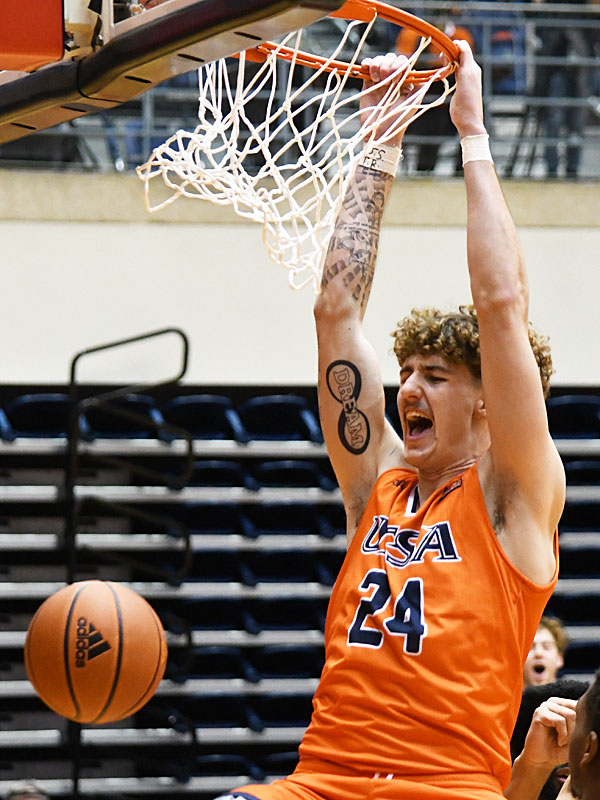 UTSA center Jacob Germany is expected to emerge as one of the focal points of an offense that may take some time to find an identity. – Photo by Joe Alexander

Sitting on the living room couch this morning, it’s still dark outside, and I hear rolling thunder and cracks of lightning. Also, some wind gusts and much-needed rain.

With a cup of coffee in reach, I started thinking. This nice little break from our weeks-long streak of late summer sunshine has got to have some alternate meaning, right? 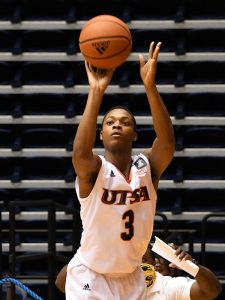 Jordan Ivy-Curry, who averaged 7.2 points last season, likely will take on more of a scoring load this year as a sophomore. — Photo by Joe Alexander

How about a couple of possible narratives related to the start of UTSA men’s basketball practice, which gets underway later this afternoon at the Convocation Center?

Is nature’s noisy wake-up call a portent of what we can expect this season from, say, senior and first-year point guard Darius McNeill, throwing lobs for resounding dunks to junior center Jacob Germany?

Or, perhaps, from 230-pound Cedric Alley Jr., rumbling into the paint for rebounds in traffic?

Last season, we saw glimpses of potential from guard Jordan Ivy-Curry, who came on late to stoke optimism about the emergence of another high-scoring UTSA backcourt player.

Surely, “Juice,” now a sophomore, will supply some lightning of his own in coming months.

Then again, you have to wonder also about the flip side of our weather-related metaphor, because UTSA basketball historically tends to take you on the emotional roller coaster.

Could the morning cloud-burst actually be a sign of stormy weather to come for coach Steve Henson’s program? 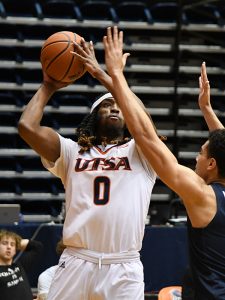 Both Jhivvan Jackson and Keaton Wallace combined to score more than 4,500 points between them over the past four years before undertaking a journey that both hope leads to careers in professional basketball.

So, replacing those two will not be easy.

Henson, though, doesn’t sound like a guy who is concerned about a drop off from the past four seasons.

During a month of conditioning with the new group, he generally liked what he saw. Fierce competition, mainly.

With several newcomers, individual roles were being defined on a daily basis, so the level of intensity was high.

At the same time, Henson does have questions about the team’s identity and what it might look like come next March.

“It always evolves,” Henson said last week. “Typically, you go in and you have an idea what it’s going to look like. The more new guys you have, the more questions it would be. The commitment to the defensive end seems to be pretty strong.

“That gives us the best chance to win games.

“So, I’m not worried about it. I just don’t know exactly what our offensive identity will end up looking like.”