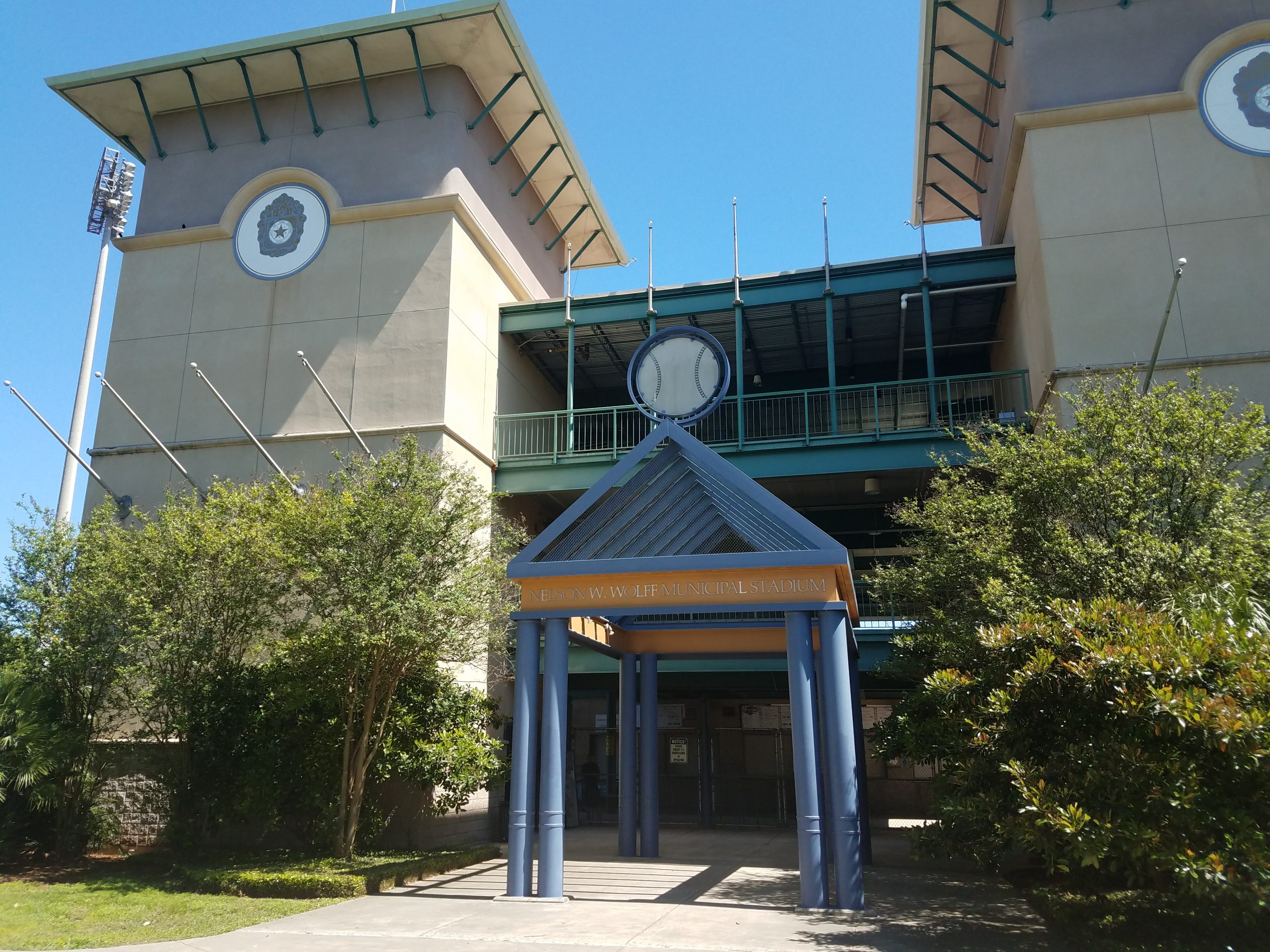 Wolff Stadium opened as the home of the Missions in 1994. Since then, the ball club has won six
championships. – Photo by Jerry Briggs

As the weather warms up and the possibility of a lost baseball season looms, I wanted to take a look back at some history.

The Missions have played 26 seasons at Wolff Stadium, and they’ve won six championships in that era.

This season hasn’t started yet because of the national health crisis, with the major leagues trying to work out a reduced schedule that would start in July.

Whether the minors will play at all is undetermined.

In the meantime, I’ve got an appraisal of each Missions title team in the Wolff era, its major story lines and key players.

You can just call it a six-pack to go.

Here’s the first installment, this one on the 1997 Texas League champions.

Big picture: The Missions, in their fourth season at Wolff and their 21st as the Double-A affiliate of the Los Angeles Dodgers, won 40 games or more in each half and claimed the first Texas League title in San Antonio since 1964. In the past, the Dodgers had sent the likes of Dave Stewart, Fernando Valenzuela, Orel Hershiser, Mike Piazza and Pedro Martinez to the Alamo City. But they could never win it all until Ron Roenicke, a former Dodger who played two years in the Alamo City in the 1970s, took the reins as manager.

Playoff record: 4-3. The Missions downed the Shreveport Captains, winning four of seven. Both finalists averted a first-round series within their divisions by winning both the first and second half in the regular season.

Notable: The Missions roared out of the gates in the championship series, winning the first three games at home behind dominant pitching. Roberge delivered in Game 3 with a walk-off solo homer in the ninth for a 2-1 victory. In Shreveport, the tide turned. The Captains needed to win four straight at home to win the series, and they nearly pulled it off by winning three in a row to force a rubber match. The Missions won the deciding game, 2-0, behind the pitching of Brunson. He worked eight scoreless innings, allowing only three hits, to nail down the title at Shreveport’s Fair Grounds Park.

Quotable: “I’ve never seen him so focused, throughout the whole ballgame. Usually, he’ll get one up in the strike zone, but he never did. You know, in games like this, you really see a guy’s heart. You see who steps up (to) the challenge, who gets it done. Will Brunson showed us today what he’s got inside him.” – Ron Roenicke, speaking in the post-game to San Antonio Express-News reporter David King.

Postscript: Roenicke is the manager of the Boston Red Sox. He was promoted after Cora was fired for his role in MLB’s sign-stealing scandal. Brunson died of a heart attack on Nov. 23 on a hiking trip to Big Bend National Park.