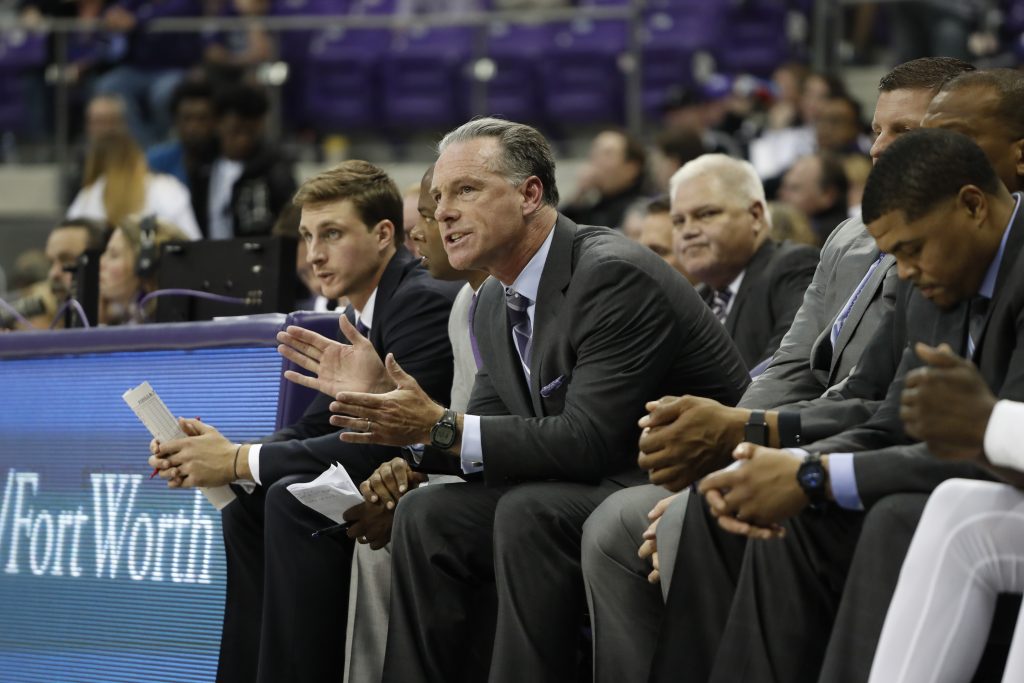 Coach Jamie Dixon’s undefeated TCU Horned Frogs have moved up to No. 10 in the Associated Press college basketball poll.

It’s the highest ranking in school history for the Frogs, who improved to 12-0 with a victory at home last Friday over William & Mary.

The win was TCU’s 17th in a row dating to last season, when it closed out Dixon’s first year as coach of the Frogs with a run to the National Invitation Tournament title.

Texas A&M, now 11-1, is fifth in the nation. The Aggies have won four straight since their only loss of the season on Dec. 5 at Arizona.