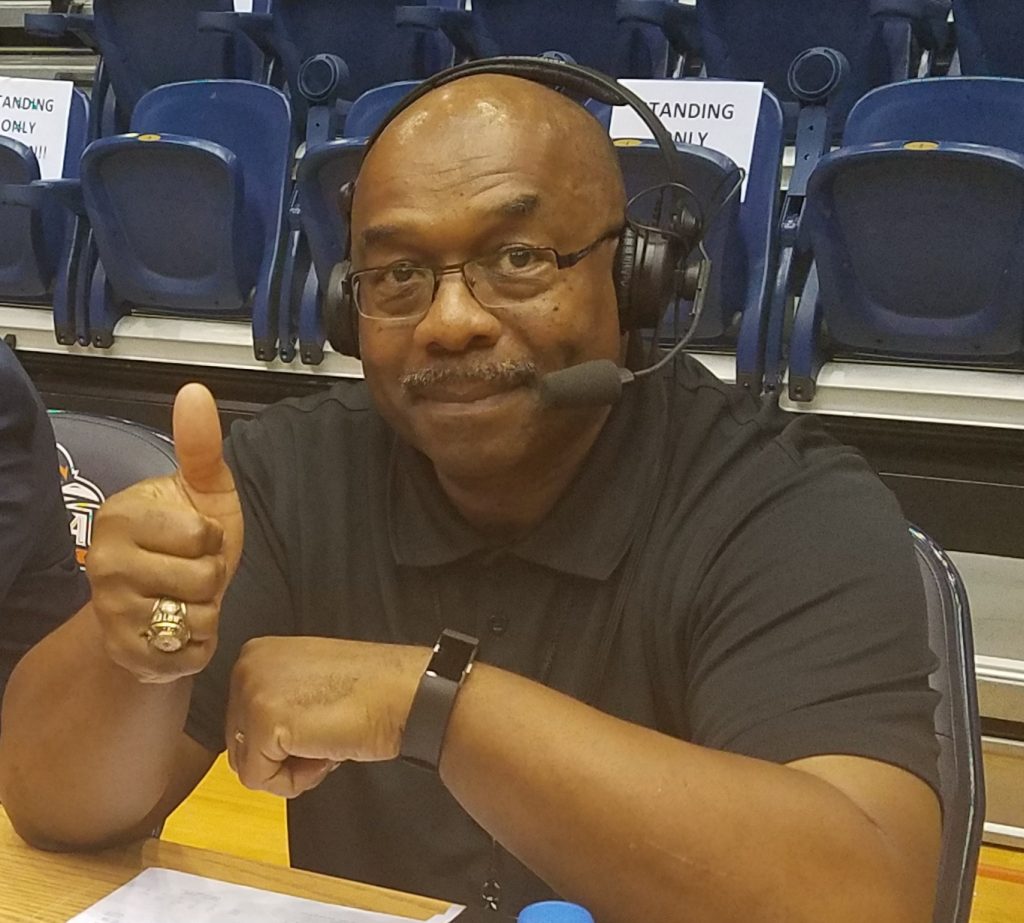 Former UTSA coach Tim Carter is in his first season as a radio analyst on Roadrunners basketball.

The UTSA Roadrunners are set to open Conference USA play at home Thursday night against the Rice Owls. Former UTSA coach Tim Carter, in his first year as a radio analyst, answered a few questions for us Wednesday afternoon on the state of the team.

Last year UTSA finished 8-10 in the conference for ninth place in the C-USA. This year, in the preseason, they were picked ninth, same as last year. Based on what you’ve seen, can they be better than that? What do you think?

I would be shocked, and again, I have not seen the Conference USA teams. But I would be shocked if they didn’t do better. Mainly because last year they shot the ball so poorly from the perimeter, from what (radio voice) Andy (Everett) tells me. Now it’s just the opposite. They’ve got tremendous shooters on the perimeter.

I tell you, when you’ve got guys who can put that ball in the hole, it covers up a whole lot of ills, and they can really shoot the ball. So, I’ll be very surprised if they end up where they’re being predicted to finish.

If you’re looking at tape of UTSA right now, what are you telling your players. What do you think we’re going to see from Conference USA defenses?

You cannot allow (Jhivvan) Jackson or (Keaton) Wallace to get going. Period. If I were defending them, to be honest, at times, I thought a triangle and two would be something a team would try to run against ‘em. Especially with those two guys on the floor at the same time.

But the other side of it is, with those two guys on the floor at the same time, you got to face guard ‘em … they can’t touch the basketball. Because they can flat shoot (it).

If you can cut down on their touches … it’s going to really help. That’s what I would (think we’ll) see. People will try to decrease the touches for Wallace and Jackson. (But) it’s hard to do, because they run great half-court offense.

For fans in San Antonio who haven’t seen the team play this year, how would you describe the offense that coach Steve Henson runs?

It’s very entertaining. He gives guys a lot of freedom in the offense. I like watching them play. I’ve never been a guy, you know … I hated slow-down basketball. I think it’s boring. Fans don’t come out and watch it. If I’m to describe coach Henson’s style of play, I’d say it’s entertaining. He does a really good job coaching.

That’s something I’ve really been impressed with. They don’t get out of what they’re doing very often. Most teams get out of rhythm two or three times a game. They don’t do it very often. That’s a sign of not only having good character on the team, but it’s guys who listen to what their coaches want to get done.

Listen to the UTSA basketball broadcast Thursday night on The Ticket, AM 760. Tipoff is at 7 p.m.