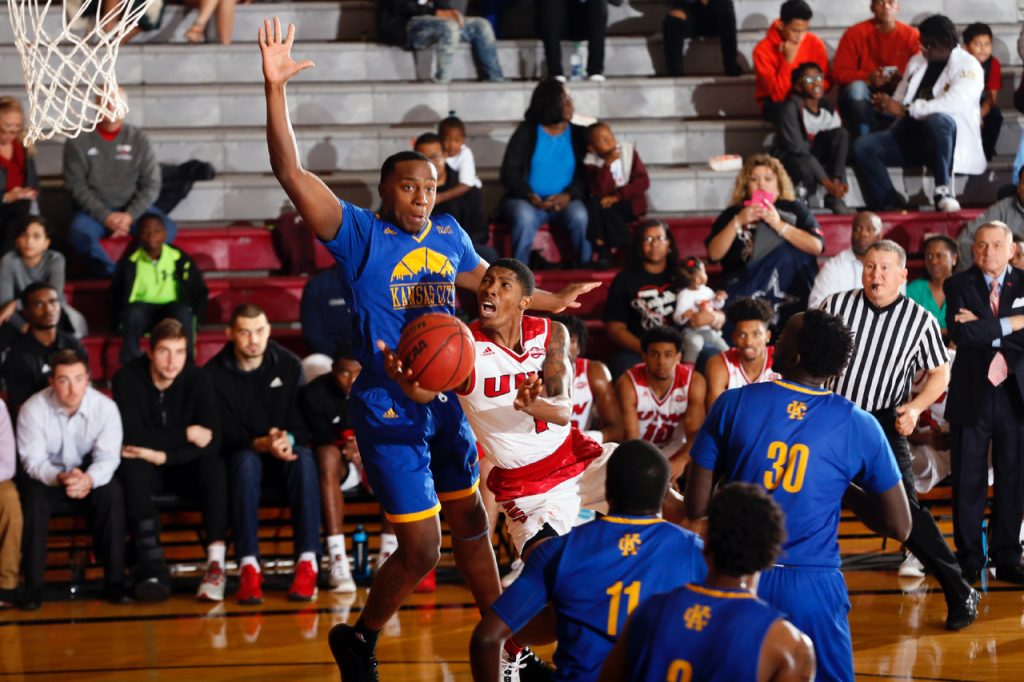 UIW point guard Jalin Hart drives to the basket on Missouri-Kansas City. (Soobum Im / The University of the Incarnate Word)

The University of the Incarnate Word Cardinals recorded their first victory of the season against an NCAA Division I opponent Saturday afternoon, holding off the Missouri-Kansas City Kangaroos 77-73 at home in the Convocation Center.

Cardinals guard Shawn Johnson said “it’s big” for the team to beat a Division I opponent leading into the last part of December.

“We’ve been playing smaller teams or top-of-the line teams,” Johnson said. “We’ve been going back and forth with it. Back on our playing field, we need to win.”

Both Socks and Johnson sparked UIW in the second half.

Johnson finished with 15 points and 11 rebounds for the game, but he proved to be especially effective after intermission, when he was seemingly everywhere, with 10 points and nine rebounds.

The 6-5 senior from New Orleans also pulled back into the paint on defense, recording three second-half blocked shots. 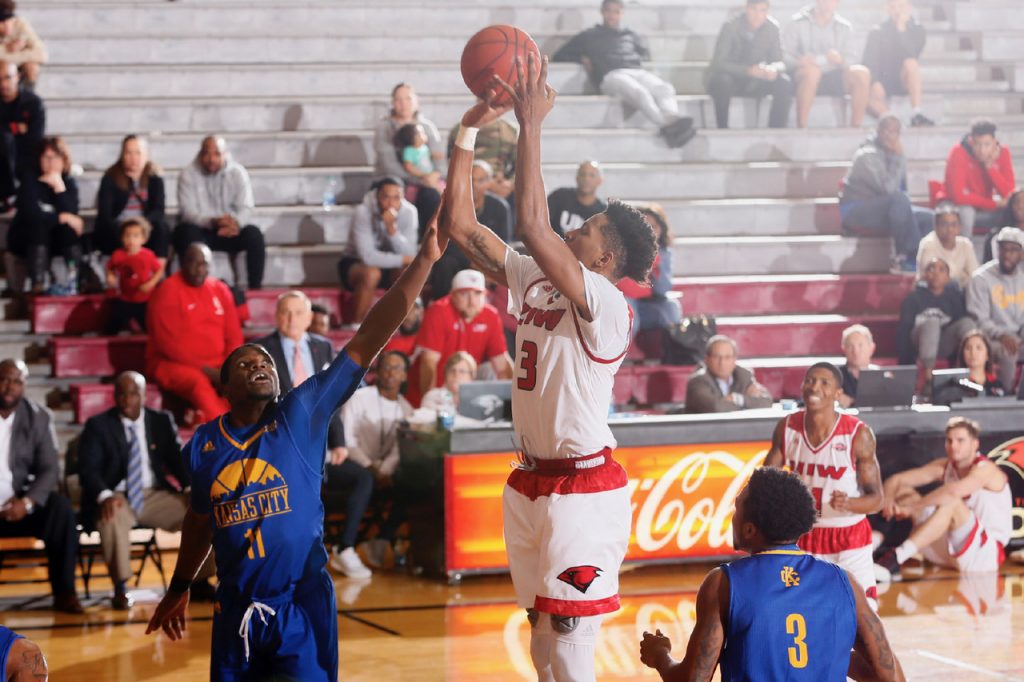 Forward Simi Socks rise up to shoot a jumper for the UIW Cardinals. (Soobum Im / The University of the Incarnate Word)