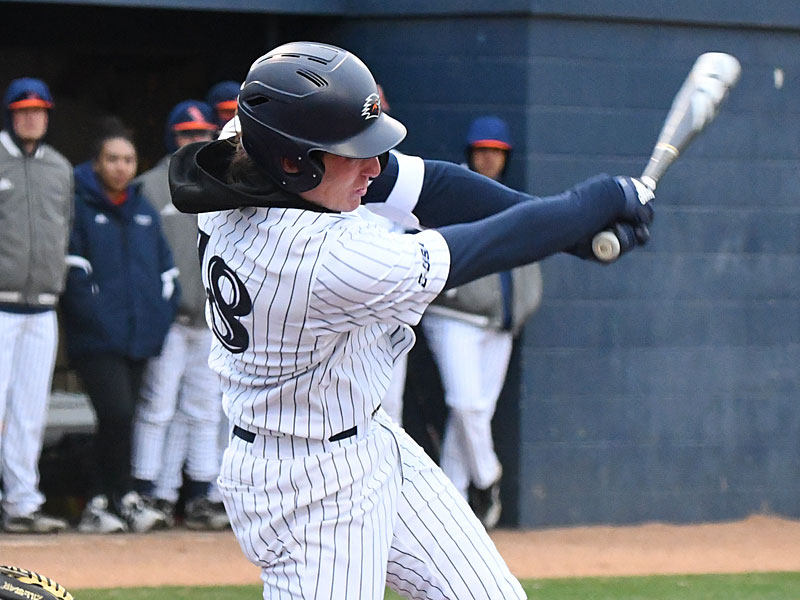 UTSA newcomer Kody Darcy has played in six of the team’s seven games and has produced a .400 batting average, a .480 on base percentage and a .600 slugging percentage. Darcy (shown here playing last Friday) had three hits in Sunday’s 13-0 victory over Seattle. – File photo by Joe Alexander

A big day in the history of the UTSA baseball program looms on Monday with the Roadrunners set to host the nationally-ranked Stanford Cardinal.

First pitch is scheduled for 1 p.m. at Roadrunner Field.

The fourth-ranked Cardinal will be the highest-ranked team in any sport to play on UTSA’s campus in the modern era since 2006, according to the Roadrunners’ athletic department.

Both UTSA and Palo Alto, Calif.-based Stanford enter the game with 6-1 records. UTSA has won four in a row and Stanford five straight. Both teams have registered shutout victories in their last two outings.

Stanford won 39 games last year and advanced to the College World Series for the 17th time in program history. This season, the Brock Jones and Cody Huff-led Cardinal started the season by winning two of three at home against Cal State Fullerton.

Last week, the Pac-12 conference power played at home on Tuesday andf beat Santa Clara, winning 5-0. Traveling to Texas to play in the Karbach Round Rock Classic, the Cardinal defeated the Louisiana Ragin Cajuns 5-1 on Friday.

On Sunday, Stanford completed its stay in Central Texas by winning twice at Round Rock’s Dell Diamond, beating Indiana 13-0 and then downing second-ranked Arkansas 5-0.

They won two of three to open the season at Tarleton State and then swept four games in the last three days at home against the Seattle Redhawks.

On Saturday and Sunday, the Roadrunners’ pitching staff limited the Redhawks to a combined six hits.

Included in the outburst was a three-run home run by Tapia, a senior from O’Connor, his first of the season.