UTSA forward Nick Allen rises up to hit a corner three-pointer in practice. The Roadrunners open the season Nov. 7 at home against St. Edward’s.

Eight days before showtime, third-year UTSA basketball coach Steve Henson stopped to talk to reporters after practice Tuesday afternoon and said he wants his team to compete for a championship.

Since UTSA has been picked to finish fifth in the C-USA poll, reporters asked Henson if the goals are loftier than that, given all the talent returning from a 20-win team.

“We’re not talking about a number of wins or any of that,” Henson said. “But we’re moving in the right direction. We’re stronger than we were. We’re deep. We got some pretty good maturity, some good leadership. We’re trying to position ourselves to make a run at a league title.”

The Roadrunners kick off the season at home against St. Edward’s, an NCAA Division II team from the Heartland Conference, on Nov. 7. On Nov. 12, UTSA will welcome coach Lon Kruger and the high-powered Oklahoma Sooners.

A starting lineup could consist of Nick Allen and promising newcomer Atem Bior in the post positions, with Byron Frohnen at wing and Keaton Wallace and Giovanni De Nicolao at the guard spots.

UTSA is expected to have one of the better backcourts in the conference, especially when sophomore Jhivvan Jackson is cleared to play.

Henson said he has been particularly pleased with the play of Bior, a 6-foot-7, 235-pound power forward from Brisbane, Australia, who will bring a physical style under the glass.

“He’s a strong guy,” Henson said. “He’s extremely quick, rebounds the ball above the rim. You know, we got a bunch of guys that box out and chase after rebounds, but you notice him getting rebounds up higher than the other guys.”

Bior, who played last year at New Mexico Military Institute, averaged 13.1 points and 8.7 rebounds in leading the Broncos to an 18-12 record.

He started 29 of 30 games, shooting 48 percent from the field and 76 percent at the free-throw line. Bior is classified as a junior. 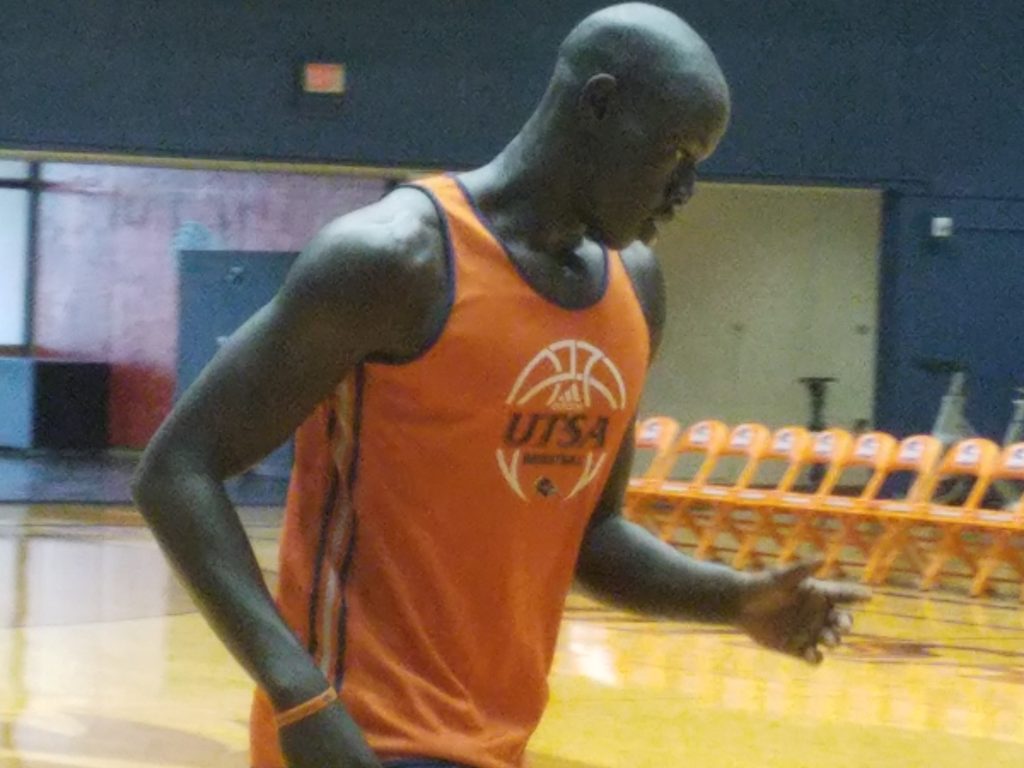