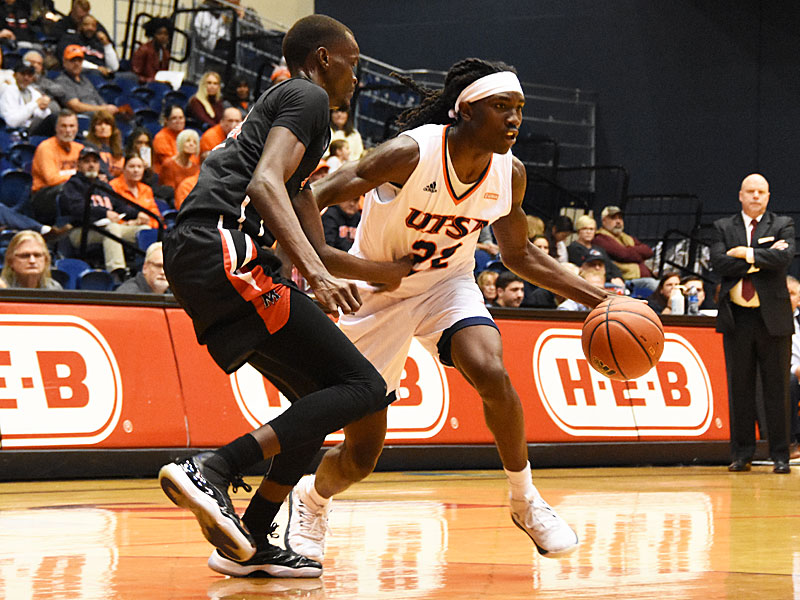 Sophomore guard Keaton Wallace scored a career-high 35 points to lead UTSA to a 104-74 victory over Mid-American Christian on Saturday, Dec. 8, 2018, at the UTSA Convocation Center. – photo by Joe Alexander

Yes, it was fun for the Roadrunners to win at home again, finally, after an 0-3 start at the Convocation Center. It also felt good to produce season-highs in points and field goal percentage (60.3).

But more than that, UTSA coach Steve Henson commended the players’ focus and work ethic in practices since a deflating 69-68 home loss to Texas State last Saturday.

UTSA — Wallace scored a career-high 35 points on 12 of 16 shooting. He was one off the school record with nine threes. Jackson produced a season-high 28 on an 11-for-21 effort.

Henson shuffled his starting lineup, giving Jackson his first start of the season. Jackson responded with a 25-minute performance that included six rebounds, three assists and a team-high four turnovers. The move seemed to create space on the floor for Wallace, who was getting open looks consistently.

Asked what went into the decision to start Jackson, Henson said: “Today was the first day we didn’t have to monitor his minutes. We didn’t know where his conditioning would even be prior to being unrestricted. So, it was good to see that that was not a factor. Really, just to give us a jolt offensively.” 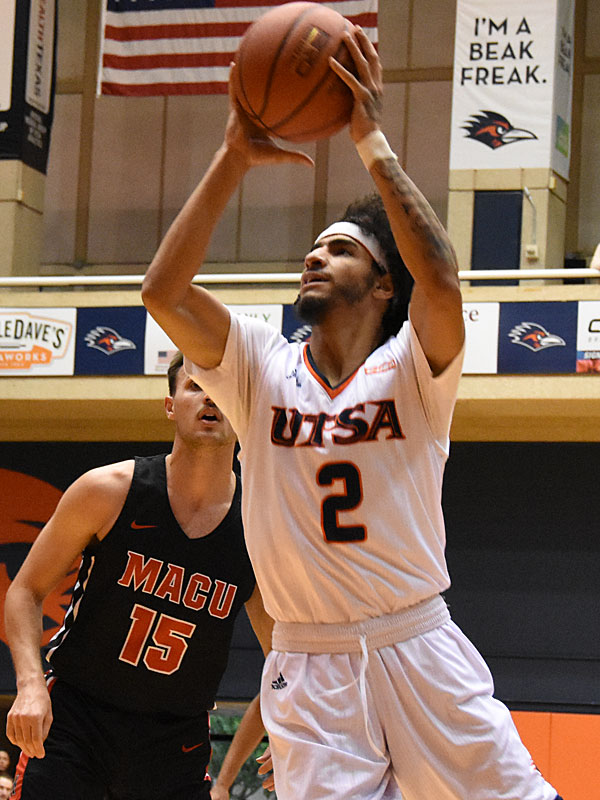