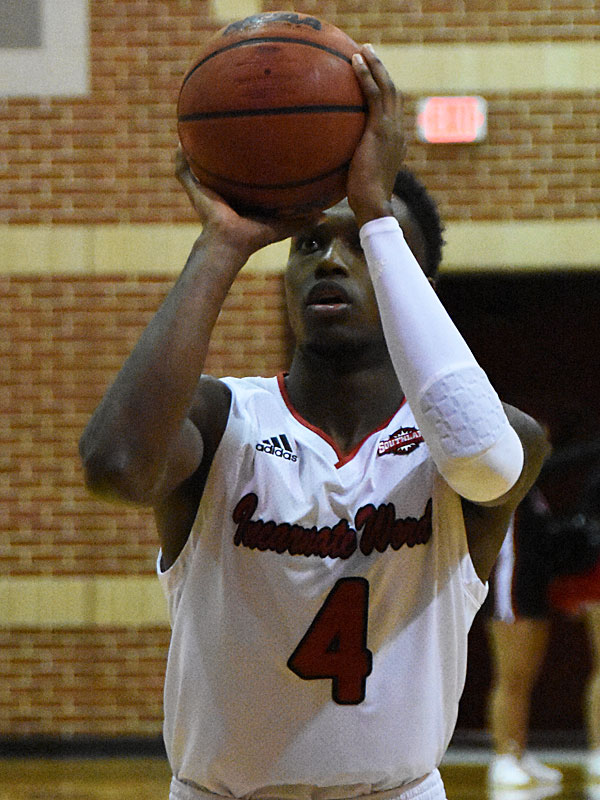 If history is a teacher on the nature of basketball culture, Christian Peevy’s modest streak of consecutive free throws made likely will never hit the television highlight reels.

Not unless the sophomore forward from the University of the Incarnate Word can quadruple his current run of 21 straight, that is.

UIW assistant coach Darnell Archey, a former Butler player who owns a 15-year-old NCAA record of 85 in a row, said the art of free throw shooting never will be regarded as sexy.

Not in any way, shape or form. 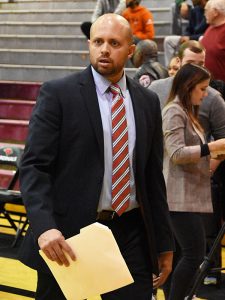 Archey said nobody talked about his streak until he broke the previous record of 73 in January of 2003 as a senior at Butler University.

As UIW prepares to tip off at LSU today, the Cardinals are hardly a hot item.

They’re 5-5, with only one victory against a Division I program.

And yet, it’s worth noting that the Cardinals have blossomed into a program that leads the 351-team Division I standings at 82.2 percent from the free throw line.

All under a new staff that includes head coach Carson Cunningham, an 82 percent free throw shooter from his college days, and Archey, who hit 95.1 percent.

“Coach Cunningham just wants us to be a team that, when we get to the line, we knock down our free throws,” Peevy said. “We don’t want to be a team where teams want to put us at the line.

“He wants us to be a team (that) others hate to put on the line, because every time … we convert.”

Usually, free throws only become a topic of conversation in professional basketball when a player can’t make them in a high- profile playoff series, and it becomes a focus of an opposing team’s strategy.

“That’s when you talk about ‘em,” Archey said.

It’s even more unusual to hear about free throws in college ball.

For instance, ESPN highlights this season have focused quite a bit on the art of the windmill dunk by Duke sensation Zion Williamson.

But, did anyone notice last year when Eastern Washington senior Bogdan Bliznyuk made a Division I, single-season record of 77 straight?

Or, that Bliznyuk he produced the first serious challenge to the overall Division I record established by Archey over parts of three seasons, from 2001-03?

It’s just something that doesn’t come up when all the hot takes on hoops, across all media platforms, are sorted out.

Nevertheless, fans at UIW can look it up in the record books.

As a player at Butler, in Indianapolis, Archey made a mind-bending 85 in a row from the charity stripe over parts of his sophomore, junior and senior seasons.

It came to an end at Hinkle, as well.

“Looking back on it, I’m not sure how I did it,” Archey said.

The roots of his success at the line and in his career, overall, can be traced to his childhood in New Castle, Indiana.

His father, Dennis Archey, worked a night shift at the Chrysler plant.

But before he started his shift at work, Dennis would take Darnell to the local YMCA to work on all sorts of skills, shooting included.

“He’d sleep during the day, obviously,” Darnell Archey said. “Then when I’d get home from school, we’d go get our shots up. Then we would have dinner, and he’d take a nap before he went off to work.”

Talking to a reporter at UIW’s McDermott Center last week, Archey reminisced about his childhood, when he learned lessons about the game and about life.

“Those shooting machines that we have over there,” he said, pointing to a contraption on the floor at UIW’s McDermott Center. “(It’s called) ‘The Gun.’ Well, my dad was my gun. He was my shooting machine.”

In practices, the coach would tell his prized shooter to go to the free-throw line and make 20 in a row — or the team would run.

UIW coaches haven’t divulged all their secrets on how they practice and how they prepare as the premier free-throw shooting team in the nation.

But, it’s likely similar to what Cunningham and Archey both experienced as high school and college players in Indiana.

“We’re going to try to get to the line, obviously, because that’s usually beneficial, especially if you’re shooting well,” said Cunningham, who played at Oregon State and Purdue.

“We’re going to keep plugging,” the coach said. “(We’re) just trying to keep getting better every day. Every week. And see what we can have once conference really kicks in.”

Peevy, for one, gets extra incentive when he talks to Archey about the NCAA record. About the streak of 85.

About how Archey, schooled by his father, took down what had been the record of 73, set in one season in 2000-01 by Villanova’s Gary Buchanan.

A record that likely will turn 16 years old this season — unless Peevy gets it.