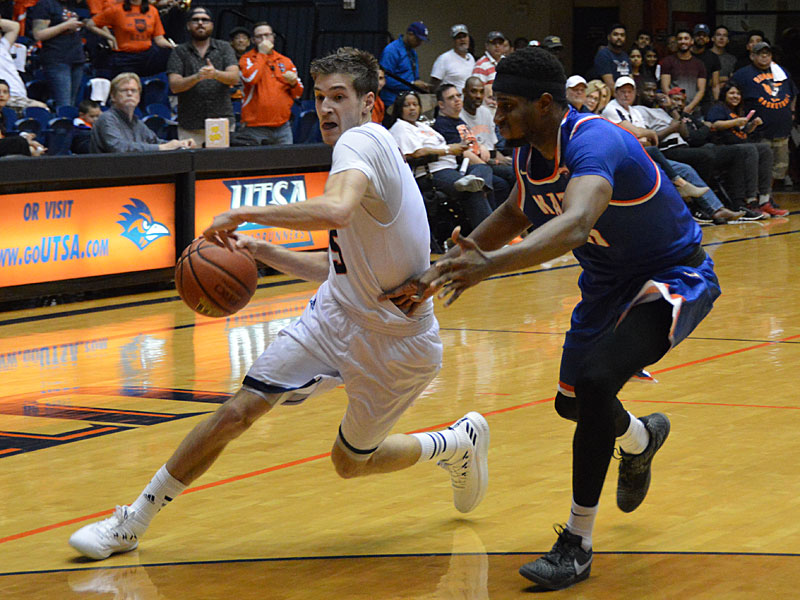 An emotional UTSA coach Steve Henson addressed reporters Thursday night, explaining the difficulty of delivering a proper message to his players following their last game of the season.

“That’s always a tough conversation,” Henson said. “You know, you’re never totally prepared for it. Going into tonight’s game, (you’re) expecting to win and hoping to win and play next week, so, it was tough. A very tough locker room.”

Trailing by 12 early in the second half, Sam Houston State rallied to eliminate UTSA on its home court with a 76-69 victory in the quarterfinals of the CollegeInsider.com Postseason Tournament.

An announced crowd of 1,352 watched as the visitors from the Southland Conference hit the home team with a late 17-2 run over a five-minute span to take charge.

With the surge, Sam Houston turned a 57-50 deficit into a 67-59 lead with five minutes remaining.

The Roadrunners (20-15) of Conference USA never got closer than five the rest of the way.

“I want to keep this feeling, right here, for all summer, how I hurt right now, to work out all summer, to get better and to win the conference (next year),” UTSA guard Giovanni De Nicolao said.

Sam Houston State’s Josh Delaney (15) drives hard to the bucket and dishes to teammate Freddy Bitondo (0) for a layup mid-way through the second half.

UTSA forward Byron Frohnen runs the floor and gets the ball for an easy shot late in the first half against Sam Houston State.

The UTSA Roadrunners hit eight three-pointers in the first half, breaking out to a 37-28 intermission lead.

Wallace led the long-distance barrage, nailing three shots from beyond the arc.

Defensively, UTSA played well, holding Sam Houston to 10 of 30 from the field and 4 of 6 free throws.

UTSA guard Giovanni De Nicolao hits a three from the corner early in the first half against Sam Houston State.

UTSA players wanted a CIT championship, but they did bring home a 20-win season — only the seventh in the program’s 37 years.

The Roadrunners played its sixth straight game without leading scorer Jhivvan Jackson, who suffered a season-ending knee injury on Feb. 24 against Louisiana Tech. UTSA went 3-3 in his absence, including 1-1 in the C-USA tournament and 1-1 in the CIT.

Cameron Delaney, a junior guard from Harker Heights, sparked Sam Houston’s decisive 17-2 run with three-pointer, a steal and another basket.

The Bearkats played without guard Marcus Harris, who injured his foot Monday night in a 69-62 home victory over Eastern Michigan. Harris played in high school in San Antonio for the MacArthur Brahmas. He is averaging 9.7 points per game. 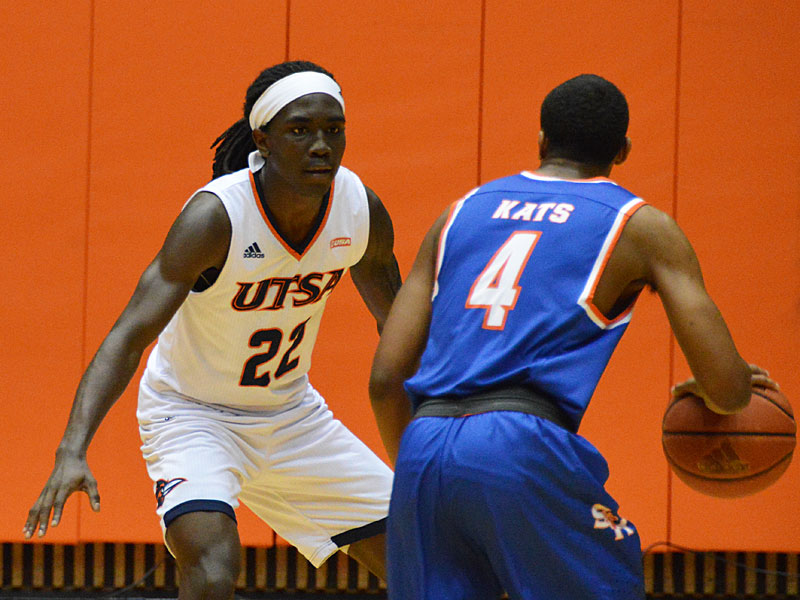