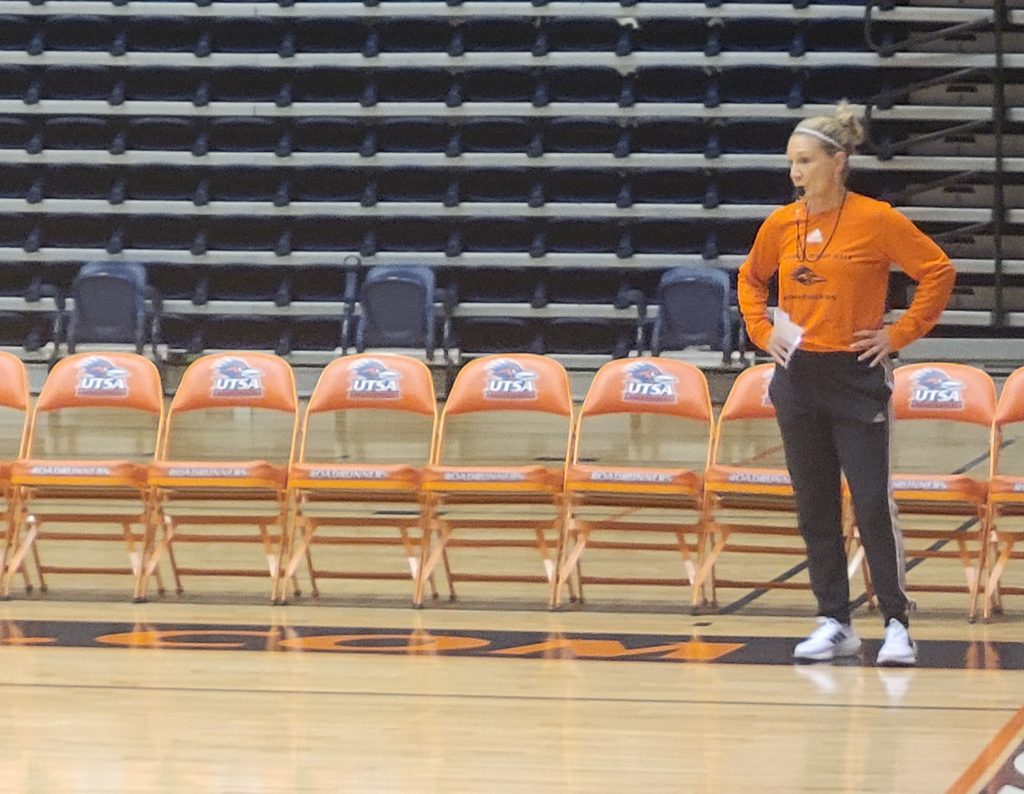 Tasked with building a winner out of a program that hasn’t had so much as a winning season in seven years, Karen Aston likes the vibe and the mood around her first team at UTSA.

“We have a long way to go,” Aston said Monday. “New players, new system. Lots of new terminology, so it’s kind of a grind most days.

“We’re in long hours now. We’re trying to get the most out of our four-hour days.

“They’re trying to learn not only … the philosophy and the system, but just (how) to put yourself kind of past what you think you are capable of doing.

Karen Aston at a glance

Season opener is Nov. 9 at home against Stephen F. Austin. Tip off at 5 p.m.

Associate head coach Jamie Carey played for Hall of Fame coach Jody Conradt (and Aston, then a UT assistant) and led the Longhorns to the 2003 NCAA Final Four. 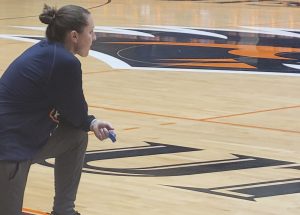 “This is a real high-level staff,” Aston said. “I mean, really high level. They have been around the block a few times. They’ve been with me. Empress played for me. Jamie coached for me and played with me at Texas when I was an assistant. Coach Miles, he’s known me for years. 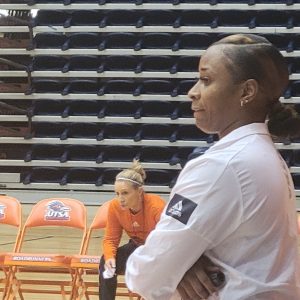 Empress Davenport played for Karen Aston at Texas when the Longhorns reached the Elite Eight in 2016. — Photo by Jerry Briggs

“They’re high level because of the way they approach every day. I mean, not only are they good basketball coaches and have high IQs … they know how to teach the game.

Turning around the UTSA women’s basketball program will not be easy.

The most experienced of the newcomers are guards Jadyn Pimentel and LaPraisjah Johnson. Others are Elyssa Coleman, Hailey Atwood, Queen Ulabo, Deborah Nwakamma, Ndeye Ciss and Shantel Govan.

McGuire said she likes the energy shown by the team thus far.

“The energy has been great,” she said. “Before actually getting in the gym with everybody, knowing that we have so many new people, that could be nerve-wracking, with the new coaches. I was nervous. But getting in here with these guys, I could tell that they really love the game, and they’re passionate about it.”

On Monday, Aston on several occasions would stop the action on the floor, asking players to stick with what the staff has been teaching. McGuire said it’s a different atmosphere with the new coaches around.

“I think it’s a lot different than last year,” she said. “They’re very particular when it comes to the small details. I think it really pushes us to try to be perfectionists. At the same time, they understand that we can make mistakes, so they’re very understanding, but they want to help us get better.

“They’re very encouraging. They want to see us succeed.”