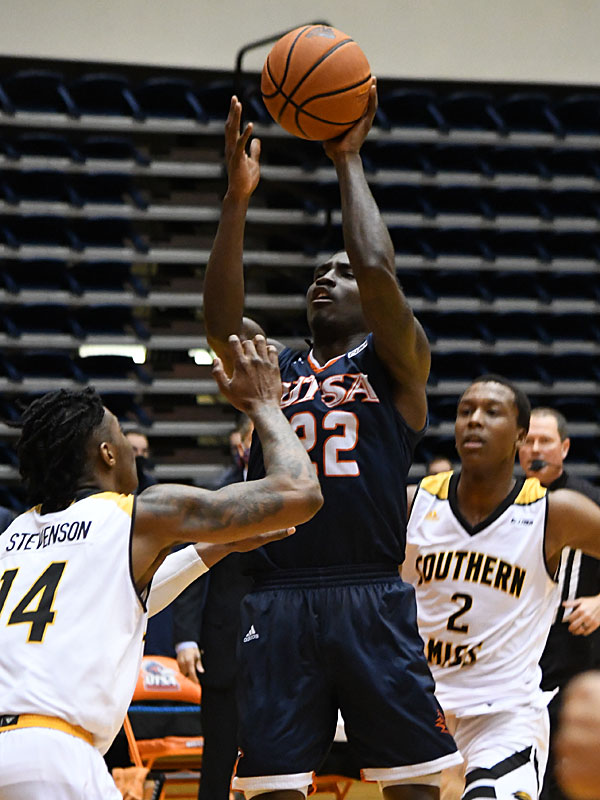 Keaton Wallace is now the No. 2 all-time scorer in UTSA school history. — Photo by Joe Alexander

Keaton Wallace has moved into second on the UTSA all-time scoring list. Jhivvan Jackson leads with 2,389 points, followed by Wallace with 1,928.

Wallace moved up with a 33-point performance Friday night at Florida International. Jackson, the leading scorer among active NCAA Division I players, scored 22 as he climbed to within reach of 2,400.

Only 103 players in Division I history have scored 2,400 points.