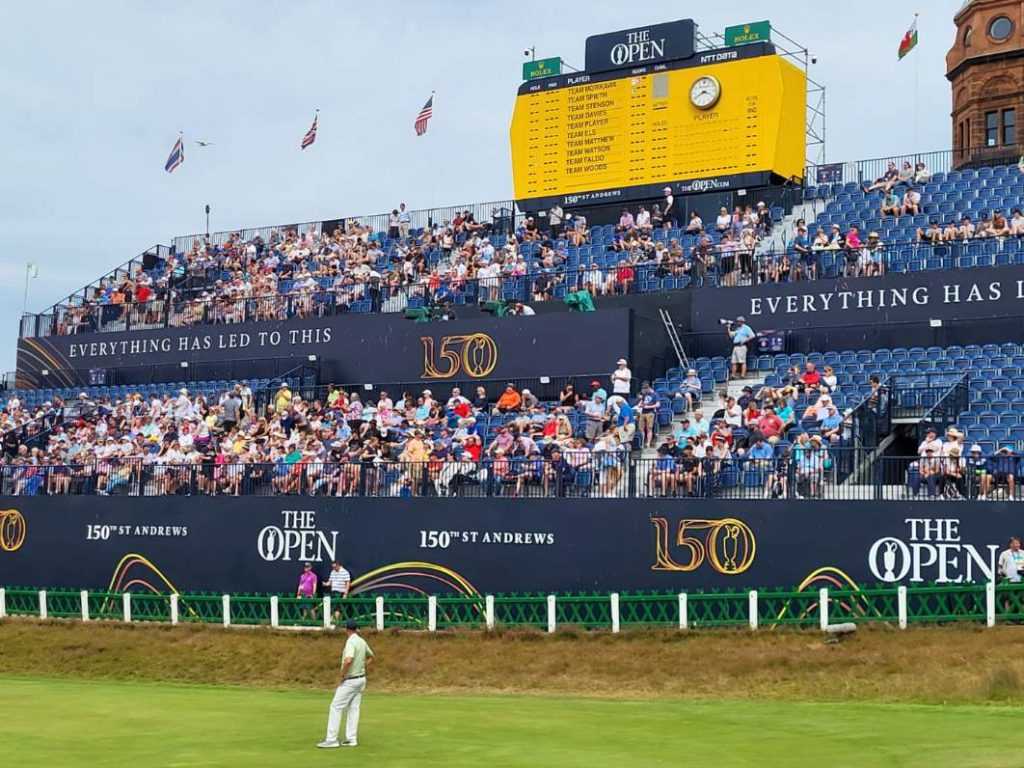 A large crowd turned out Monday in Scotland to watch former British Open champions play a four-hole exhibition on the Old Course at St. Andrews. The 150th Open Championship starts Thursday. — Photo by Tom Reiter, special to The JB Replay 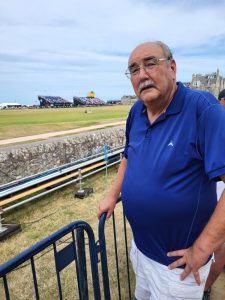 Undaunted by a long day of travel to Scotland, Tom Reiter arrived at the Old Course on Monday, just in time to see a four-hole exhibition. — Courtesy photo

ST. ANDREWS, Scotland — Arriving at our hotel at 2 p.m. Scotland time and refusing to acknowledge our 36 hours of no sleep, we hopped on the 89 bus and 30 minutes later, we arrived at the most famous golf course in the world: The Old Course at St. Andrews.

We sat in the grandstand behind the 18th hole and watched former Open champions, men and women both, play a four-hole match.

Teams led by Tiger Woods, Sir Nick Faldo, Ernie Els and others treated those in attendance to a wonderful couple of hours of golf. Exhausted and elated, we finally are getting some rest for a return for tomorrow’s practice rounds. 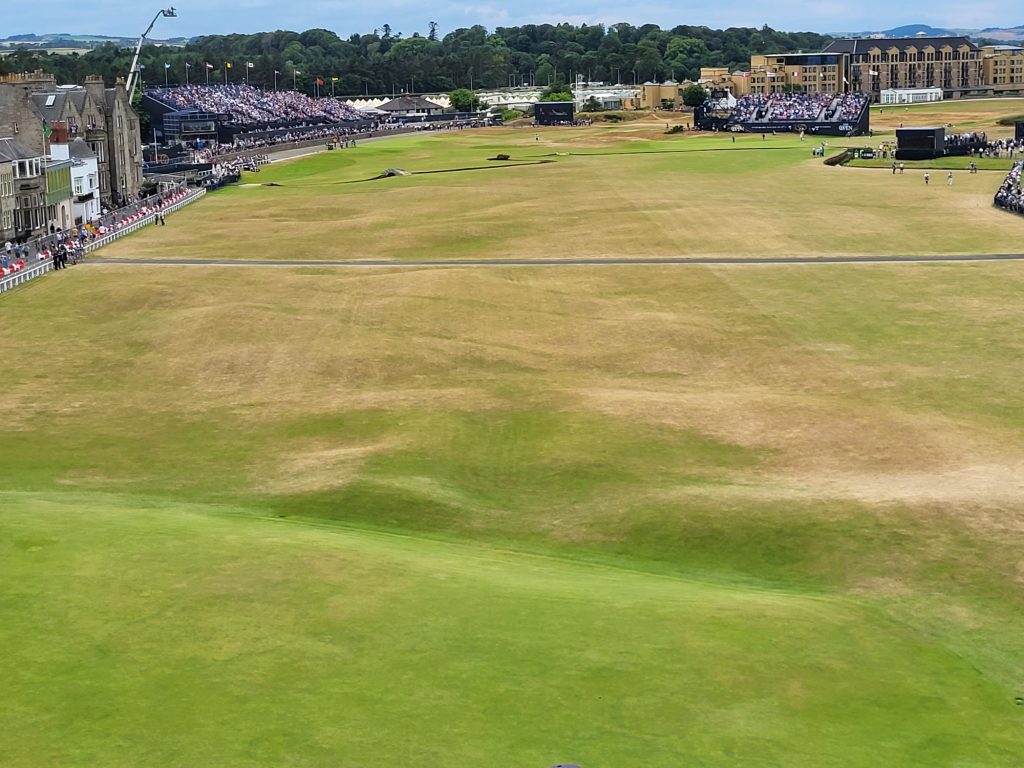 The sprawling 18th fairway on the Old Course at St. Andrews is quite a sight. By the weekend, drama will unfold on this green expanse as the best golfers in the world compete for the Claret Jug. The Open Championship, one of the game’s four major championships, runs from Thursday through Sunday. — Photo by Tom Reiter, special to The JB Replay.