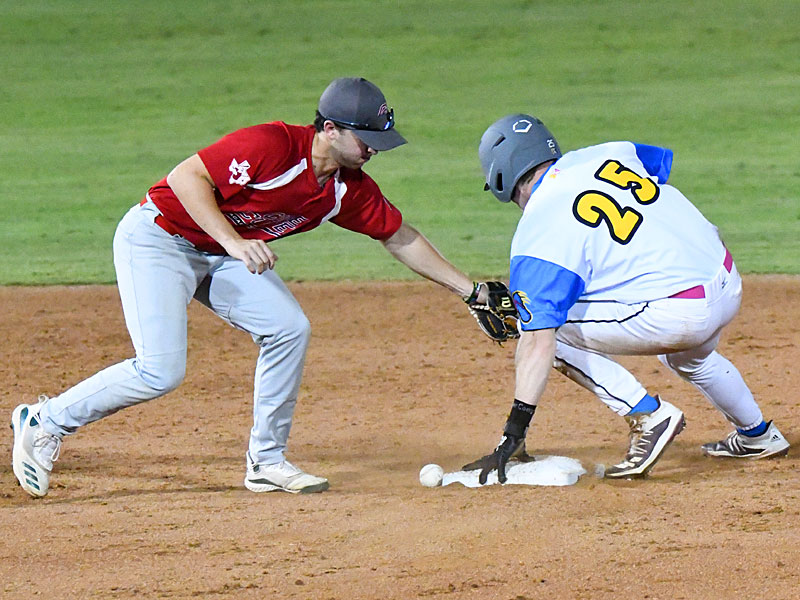 Kyte McDonald sparked a two-run eighth inning with his bat and his daring on the bases, leading the Flying Chanclas de San Antonio to a 6-3 victory over the Acadiana Cane Cutters Sunday night at Wolff Stadium.

For the Chanclas, who won all three on the homestand against Acadiana, it was their fourth straight victory. 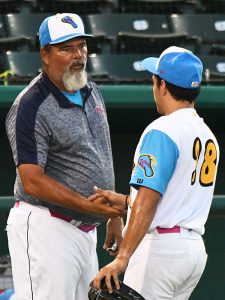 In the eighth inning, he singled to drive in one run. Then, he stole second base. After also stealing third, a throw from the catcher was wild, allowing McDonald to race home to make it 6-3.

McDonald’s offense backed the bullpen pitching of Arturo Guajardo, Garrett Egli and Johnny Panatex, who combined to hold the Cane Cutters to one run on three hits over the final 5 and 2/3 innings.

Guajardo, entering in relief of starter Lance Lusk, was particularly effective, throwing 2 and 2/3 hitless and scorless innings. The Laredo native, who plays for UTSA, struck out six and walked one.

Panatex, from St. Mary’s University, pitched the last two innings. With a batter at the plate as the potential game-tying run in the ninth, Panatex retired Billy Garrity for the final out.

Please click on the link for the box score of Sunday’s game.

The Chanclas will have a day off Monday to travel to Louisiana, where they will open a series against Acadiana on Tuesday night.