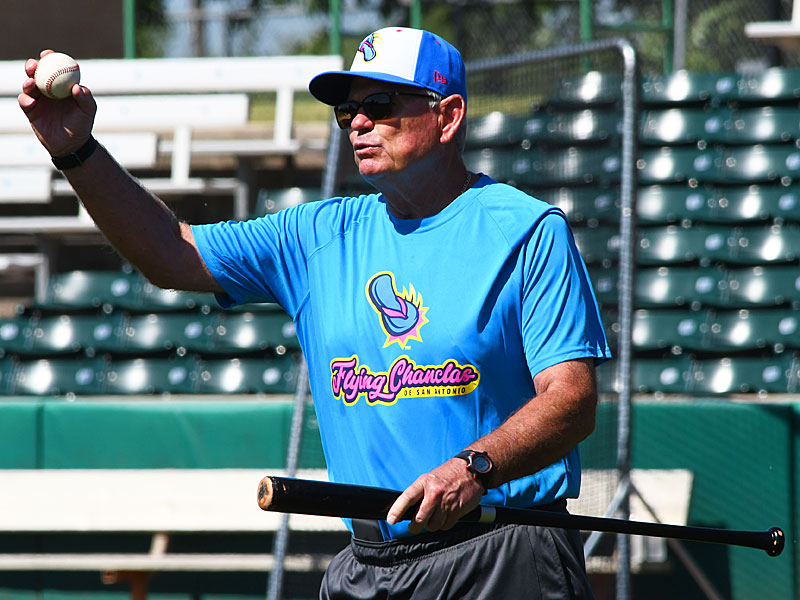 The coronavirus has hit San Antonio hard since it reared its ugly head in March.

Not only has it sickened thousands, it has slammed the local economy and has placed many, many people in painful situations where they must wait for hours in their cars at food bank distribution centers, just to get groceries.

In athletics, the virus has completely upended one of the city’s most enduring summer traditions — minor league baseball. For the first time in 53 years, there is no pro ball to watch in the Alamo City.

As a result, the San Antonio Missions have secured a team in the Texas Collegiate League to help fill the void, and they have hired John McLaren, a 50-year baseball veteran, to lead the new squad into a regular season set to start next week.

McLaren, who has been in town since Sunday and has hosted only a few practices, said he is well aware that local fans could use a lift mentally.

“I have thought about it,” McLaren said Thursday night. “This is a baseball city. This is an old-school baseball city. They support their team. They’ve been deprived of (professional) baseball, and they’ve had a tough go, and, you know, we need to pick each other up.

“That’s one of the real beauties of baseball. It can bring people together. We’re hoping to do that this summer.” 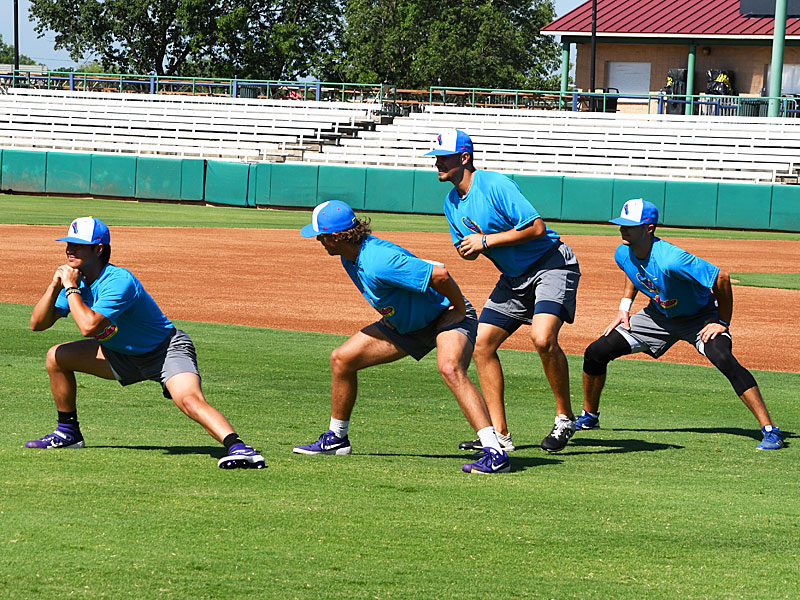 The 2020 Flying Chanclas de San Antonio go through practice and meet with the local media. – Photo by Joe Alexander

Liftoff at The Wolff

In a sense, it was liftoff on Thursday morning for the Chanclas, who held their first public workout in front of the media at Wolff Stadium. Their season-opener is set for Tuesday night (June 30) in Amarillo, in the first of a three-game series. They’ll return to the Wolff for the home opener on Friday (July 3) against Acadiana. 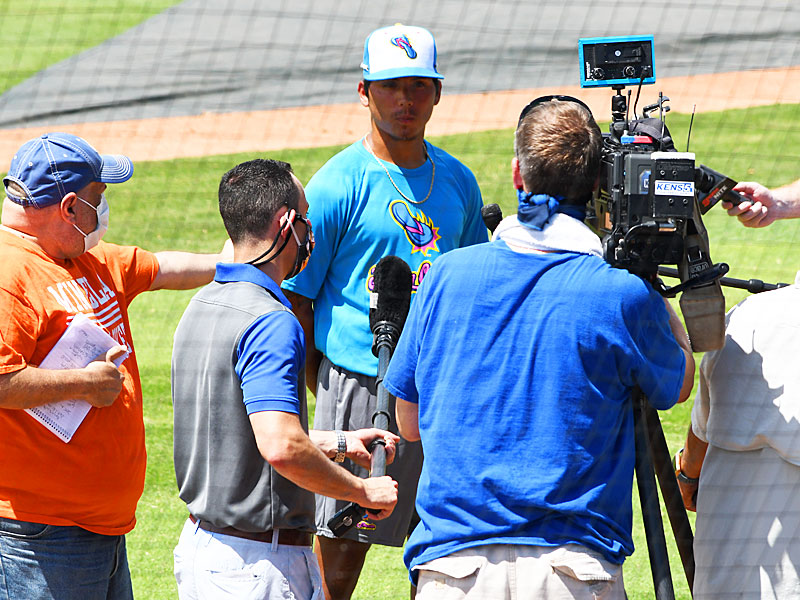 The Chanclas announced a 30-man roster, but one player hasn’t practiced after testing positive for the virus. “I really felt bad for him,” McLaren said. “It’s a bad break. I just called him and told him, ‘Your main priority right now is to get well. Just keep in touch with us. We still consider you a part of the team.’ ”

McLaren said “we all” have been administered tests over the past few days.

“We should hear back by Saturday how everybody tested,” he said. “This is a process and a step. I think the whole league is doing this. So we all took our tests (Wednesday) night and this morning. We got our fingers crossed that we’re a go for everybody.”

Another Chanclas player, a pitcher, is weighing an option on whether to sign a professional contract.

A third player, TCU third baseman Conner Shepherd, has not reported yet but is expected to be in camp within a few days, McLaren said. “He was in a transition of moving from California … so we should have everybody here by tomorrow or Saturday.”

“I like what I’ve seen,” McLaren said. “We have a combination of good hitters. We don’t have an abundance of power. But we do have some power. And we’ve got a nice off-set of left-right hitters. I think we’re going to be good in the catching department. I like the arms (on the pitching staff) and I think we’re going to have an exceptional outfield.”

Outfield could be a strength, with three of the four players on the roster scheduled to play major-college baseball next spring. In addition, Kyte McDonald of Mississippi State, Porter Brown (TCU) and Jordan Thompson (Texas A&M) all played in high school locally.

McDonald came out of Antonian High School. Brown led Reagan to state tournaments in 2017 and 2018. Thompson emerged as a standout at Boerne Champion. A fourth outfielder, Peyton McDowell, is from Clemens. He is now at Connors State (Okla.).

The Chanclas are playing under the administration of the Triple-A Missions, whose own Pacific Coast League season has been shut down because of the pandemic.

Affiliated with the Milwaukee Brewers, the Missions were set to open their second season in Triple-A at home on April 9. But, so far, no games have been played anywhere in the minor leagues, and aren’t expected to be played at all this season.

Major League Baseball, on Monday, announced plans to resume play play on July 23. But it has yet to announce formally what it will do with its minor-league affiliates. Minor League Baseball, in all classifications, drew more than 41 million fans last year.

2 thoughts on “Chanclas manager to the fans: ‘We need to pick each other up’”