The UTSA Roadrunners played with a certain edge in a recent three-game winning streak. In downing the St. Mary’s Rattlers, the Texas State Bobcats and the Prairie View A&M Panthers, they didn’t blow anyone off the court, but they also put together winning plays in key moments that allowed them to prevail. 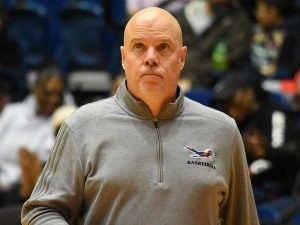 Coach Steve Henson says: ‘We need other people to create a little bit more for us’ on the offensive end. – Photo by Joe Alexander

All that came to a disappointing halt on Friday night on the first day of the 210 San Antonio Classic. The visiting Grambling State University Tigers shut down Medor early in the game, successfully keeping him from doing much damage with his drives to the hoop en route to a 75-55 victory at the UTSA Convocation Center.

“They were switching a lot,” UTSA coach Steve Henson said. “I mean, first couple of possessions, he didn’t have any success. Then he did. He got in there and drew nine fouls. He found his way.”

Regardless, Medor couldn’t match his production from Tuesday, when he ripped Prairie View for 28 points, including 16 of 20 free throws. The jet-quick senior drew 14 fouls against the Panthers and hit six of 10 field goals. Against Grambling, he was limited to 12 points on four of eight from the line and four of six from the field.

“You know, we don’t have anything offensively that’s just automatic for us,” Henson said. “We’re counting on him to get a lot done. When shots are going in, sometimes it’s because of his penetration. We need other people to create a little bit more for us. Last couple of games, it’s become a pretty obvious area of need for us … to get other people making plays.

“That didn’t really happen all night.” 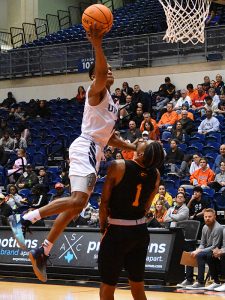 The Tigers led by as many as 24 points in the before intermission and by 28 once in the second half. With 3:41 remaining, the visitors had the Roadrunners down 70-42 after Cowart hit a shot in the lane to cap a 14-5 run. Oddly, the eventual final score matched the score of UTSA’s last loss, which came at Texas A&M-Corpus Christi on Nov. 11.

It may well be that the Roadrunners could be a team that looks good against certain squads this season because of certain matchups. Then, not so good against others. For instance, they didn’t seem to have trouble with Prairie View. Conversely, against a team such as Grambling, with more overall size, athleticism and quickness, UTSA may find the going tougher.

“I don’t disagree with that,” Henson said. “But, we got to figure something out offensively. I mean, defensively, it wasn’t good enough. But offensively, it’s just too many hard shots. Too many turnovers. Our turnovers are not out of a selfish nature. Our guys are trying to do the right things.

“We got to keep searching a little bit and find a way to make easier plays. Stronger plays. Create separation off our screens. Off ball screens. On ball screens. And better slips. Tonight, they were switching. We knew we needed to slip a lot and we just didn’t get much of that done.” 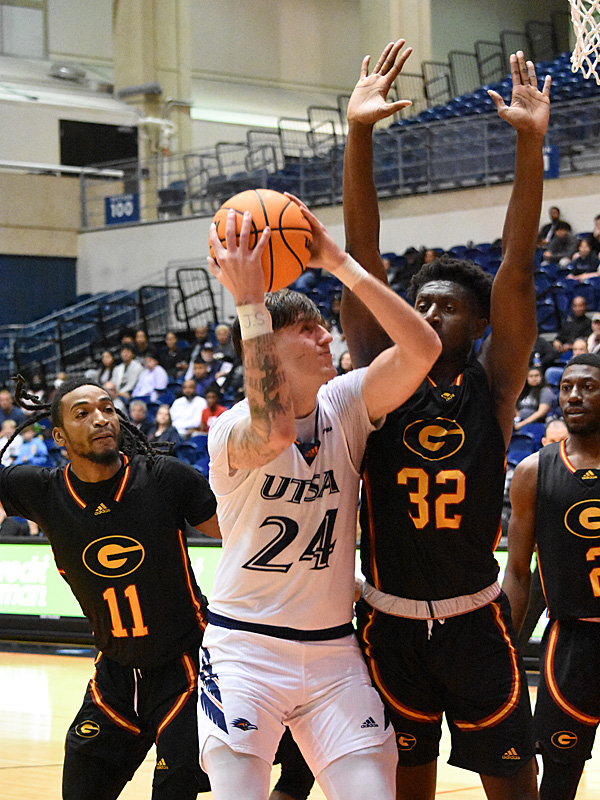 The Tigers bolted to a 24-point lead and held off the Roadrunners at the end to take a commanding 35-19 advantage into the intermission.

Playing stifling defense on one end and scoring with regularity on the other, the Tigers jumped out to take charge early at 7-0, 16-4 and then, with a little less than 11 minutes remaining, 21-4. 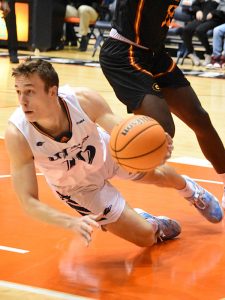 UTSA guard Erik Czumbel battles to save a possession against Grambling State. – Photo by Joe Alexander

They took their largest lead at 33-9 when Murrell hit a three with 4:23 left. The Roadrunners went on a 10-2 run to the buzzer.

Nine players scored for Grambling in the half, including Cotton with eight points and Christon with five. In the early going, the Tigers dominated, hitting nine of their first 17 shots, while limiting the Roadrunners at the outset to three of 19.

Jonathan Cisse produced 22 points and seven rebounds to pace the University of the Incarnate Word Cardinals past the Dartmouth Big Green, 69-64, on Friday afternoon at the UTSA Convocation Center.

Brandon Mitchell-Day had 14 points and six rebounds for Dartmouth.

With the victory, UIW improved its record to 3-3 on the season. Dartmouth dropped to 1-4.

The four-team event takes a break on Saturday before continuing with two games each on Sunday and Monday at UTSA.

Japhet Medor drives baseline for a bucket late in the first half. The Grambling State Tigers lead Medor and the UTSA Roadrunners 35-19 at intermission. https://t.co/hyCDEtJChY pic.twitter.com/rsyJgf1p2S