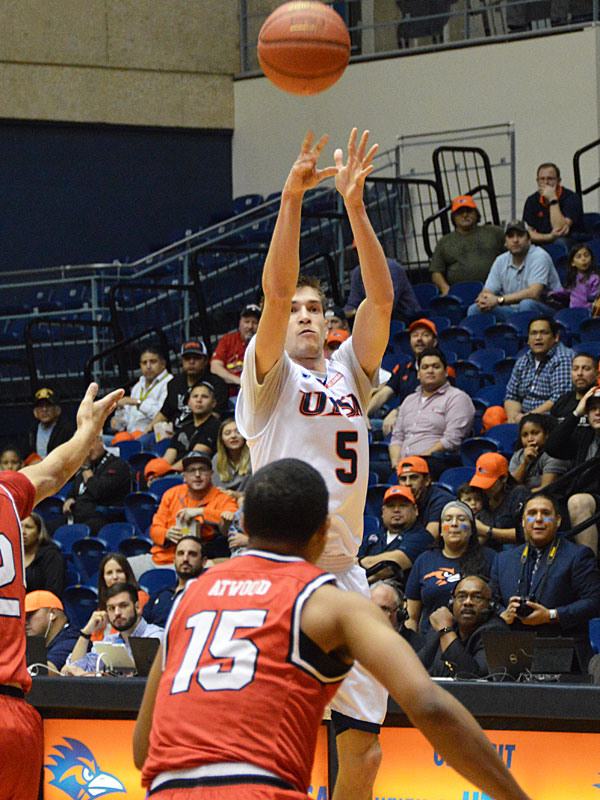 UTSA’s Giovanni De Nicolao shoots a jumper against Lamar on March 14 in the first round of the CIT. The Roadrunners advanced with a 76-69 victory.

Officials announced the pairing after Sam Houston State scored a 69-62 victory at home over Eastern Michigan.

Both UTSA of Conference USA and Sam Houston State of the Southland Conference are 20-14 on the season.