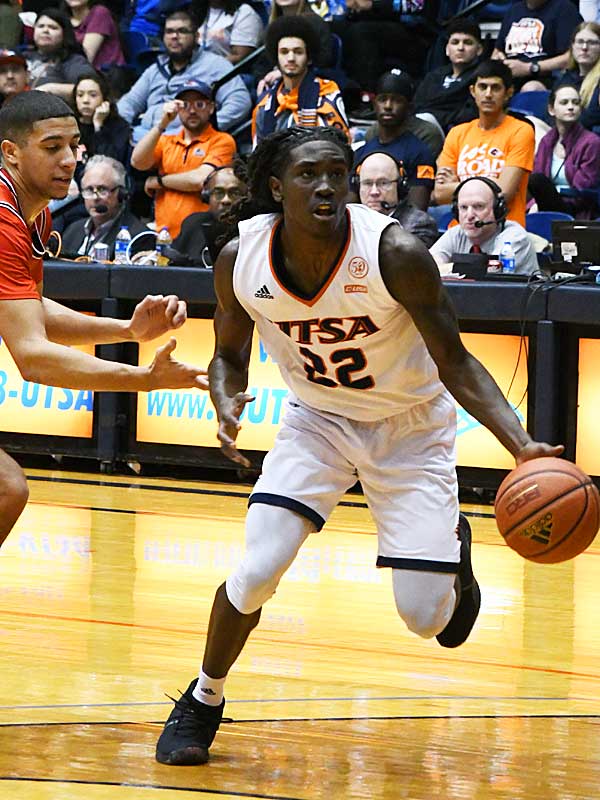 The UTSA Roadrunners will close out their regular-season schedule in bonus play with a four-game set against the FAU Owls, the UAB Blazers, the Old Dominion Monarchs and the Marshall Thundering Herd, the Conference USA office announced Sunday.

Comment: An extremely difficult bonus-play opener for the Roadrunners. The Owls had home-court advantage on Jan. 2 in the C-USA opener for both teams, and they used it to run up a big early lead that the Roadrunners couldn’t overcome. FAU won 79-64.

Comment: Another tough game. The Blazers beat the Roadrunners 74-68 in San Antonio on Jan. 31. In doing so, they won the rebounding battle, 46-24. The Blazers also dominated 38-22 in points in the paint and 15-2 in second-chance points.

Comment: In one of their better efforts this season, the Roadrunners beat the Monarchs 85-81 in overtime at Norfolk on Feb. 6 behind Jhivvan Jackson’s season-high 45 points. The Roadrunners will need to do a better job in the rematch on Malik Curry, who scored 30, and A.J. Oliver, who added 20.

The C-USA tournament will be played March 11-14 in Frisco, with the winner earning an automatic bid to the NCAA tournament.

To earn the automatic bid for the program’s first NCAA appearance since 2011, the Roadrunners will need to win four games in four days.