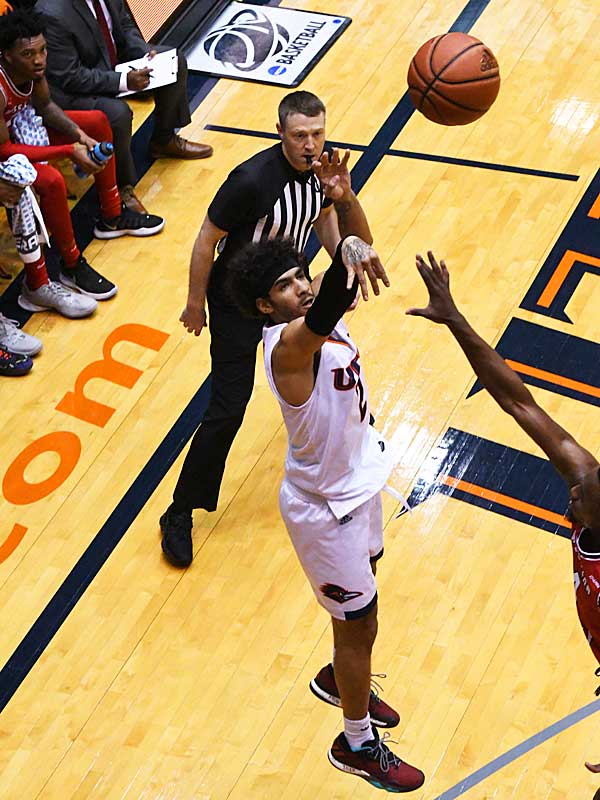 UTSA guard Jhivvan Jackson on Saturday established school records for career and single-season scoring, but he had a hard time celebrating any of it after the Western Kentucky Hilltoppers carved out a 77-73 victory in overtime.

An announced crowd of 1,576 at the Convocation Center watched as the 6-foot junior from Puerto Rico surpassed the records of UTSA legends Devin Brown (for career scoring) and Derrick Gervin (for single-season points).

Both Brown and Gervin went on to play in the NBA.

Jackson secured the single-season record late in regulation and established the career record during overtime.

Nevertheless, it wasn’t enough for the slumping Roadrunners, who lost to one of Conference USA’s powers, falling to 4-6 in their last 10 games.

By scoring 27 for the game, Jackson pushed his totals to 1,924 points for his career and 727 on the season.

Hounded by Taveion Hollingsworth and others for Western Kentucky, Jackson finished with 8 of 24 shooting.

He was off the mark on a long three and on a driving two in the final minute of regulation, either of which could have tipped the game into the Roadrunners’ favor.

In overtime, Jared Savage had five of his team-high 24 points as the Hilltoppers won the extra period, 13-9.

Jackson misfired on five of his six shots in OT, perhaps one reason why he was practicing his jumper in the gym long after most of his teammates were either still dressing or had left the building.

It’s the type of diligence that pushed him to become the No. 2 scorer in NCAA Division I this season and the leader in Conference USA each of the past two.

“I’m just going to remember how hard I worked,” Jackson said. “You know, I mean, that record is all about my work ethic. I take great pride in working out and getting better every day.

“That’s really what I just do. I mean, I just try to work hard every day and once I step on the floor in the game, I just translate it. It’s been working out for the past few years.

“I’m going to keep doing it, and hopefully we can get in the (C-USA)Tournament and make a run, because we all excited about it, and I know we will.”

Keaton Wallace to Jacob Germany, who knows what to do when he's over the rim. https://t.co/hyCDEtJ4sq pic.twitter.com/xxzOsKPBzl

A story-line emerged in the opening half with the Roadrunners not shooting a free throw, while the Hilltoppers sank 11 of 15. Late in the half, the visitors kept pressing the action and exploded on a 14-4 run to take a 12-point lead. Keaton Wallace hit a three and Adrian Rodriguez a layup to bring the Roadrunners to within 41-34 at the break. Wallace kept UTSA in it with 16 points.

Western Kentucky with a 17-13 lead on UTSA. But Roadrunners guard Keaton Wallace is playing well, attacking the basket. https://t.co/hyCDEtJ4sq pic.twitter.com/ztVFYaljRc

The Roadrunners played well enough to win the game for most of the second half but couldn’t make the key plays late. Early after intermission, the Hilltoppers were up by eight. But Jackson started to hit and UTSA rallied. The Roadrunners led by two three times down the stretch, the last time at 1:48 when Jackson drained a jumper. But in the final minute, Hollingsworth drove for a bucket to tie. Both teams misfired in the final 15 seconds. 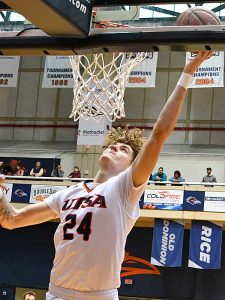 UTSA freshman Jacob Germany had his first double-double with 10 points and 10 rebounds. – photo by Joe Alexander

UTSA played poorly on the offensive end and, in spite of it, had a chance to win in the final minute. Wallace’s three pulled the Roadrunners to within two points with 48 seconds left. On Western Kentucky’s next possession, UTSA center Jacob Germany went for a steal and fouled, sending Hollingsworth to hit two for a four-point lead with 30 seconds left. That was, essentially, the ball game.

Conference USA teams will begin bonus, or “pod” play next week. Teams in first through fifth place positions will compete in one pod. Teams from No. 6 through 10 (including UTSA) are in a second group. In addition, teams 11-14 are in a third. All teams play four games. 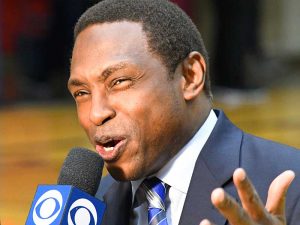 Teams in the first pod are playing for top-four seeding and a first-round bye in the C-USA tournament. Meaning, the top four teams after pod play will only need to win three games to win the tournament for an automatic bid to the NCAA Tournament.

Teams in the second and third groups can’t get the bye, meaning that if the Roadrunners have any hope of playing in the NCAAs, they’ll have to do it the hard way.

They’ll need to step up their level of play in their last four games, create some momentum and then hope to win four games in four days at the tournament from March 11-14 at Frisco.