Guard Donte DiVincenzo poured in a career-high 31 points off the bench in front of a roaring crowd at the Alamodome Monday night, lifting the Villanova Wildcats to a 79-62 victory over Michigan for the NCAA men’s basketball championship. 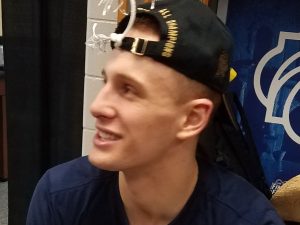 Villanova guard Donte DiVincenzo set a record for most points in an NCAA title game by a non-starter. He scored 31.

It was Villanova’s second title in three years.

DiVincenzo, a 6-5 sophomore from Wilmington, Delaware, scored 18 in the first half when Villanova rallied from a seven-point deficit to take a nine-point halftime lead.

He continued to put on a show in the second half, finishing with a 10-of-15 shooting performance. DiVincenzo knocked down 5 of 7 shots from three-point range.

Asked what turned the game around after Michigan seized an early seven-point lead, Villanova coach Jay Wright momentarily dodged the question, saying, “We want to congratulate the Michigan Wolverines (and coach) John Beilein, a great program (with) great fans, and we’re proud to have played them in this game.

“To answer your question, Jalen Brunson, Phil Booth and Mikal Bridges are our leaders. When we got down, those three kept us together.”

Villanova coach Jay Wright tells reporters it is difficult to comprehend that his teams have won two championships in the past three seasons.

Just as Michigan started to make a push midway through the second half, DiVincenzo caught fire once again.

The Wolverines pulled within 13 points, but DiVincenzo answered with a free throw and two threes over the next two minutes to push the Wildcats back out front, 62-46, with eight minutes remaining.

A dust-up after halftime

An offensive foul called on Michigan center Moritz Wagner with 15:24 remaining sparked emotions among players on both squads, resulting in technical fouls on Wagner and Villanova center Omari Spellman.

After the whistle, Wagner and Spellman faced off, as fans jeered the play.

After a review, officials elected to call double technicals.

The play underscored Villanova’s ploy to blanket Wagner with a physical defense, in an apparent attempt to take Michigans’s leading scorer out of his rhythm.

Holding court with reporters after the game, Jay Wright said he always told Donte DiVincenzo that he had to play defense to play for the Villanova Wildcats.

Trailing by seven, the Wildcats rallied behind DiVincenzo to take a 37-28 lead at intermission.

DiVincenzo scored 12 points in Villanova’s 23-7 run in the final 11 minutes.

Showing off a variety of skills, either down low or outside on the perimeter, Wagner scored 11 points in nine minutes.

But after Wagner’s bucket in the paint made it a seven-point game and brought Michigan fans out of their seats, DiVincenzo went to work for Villanova.

Included in his outburst was a long three from the left wing to boost the Wildcats into a 23-21 lead.

He added another three and a dunk to finish the half with 18 points on 7 of 10 shooting. 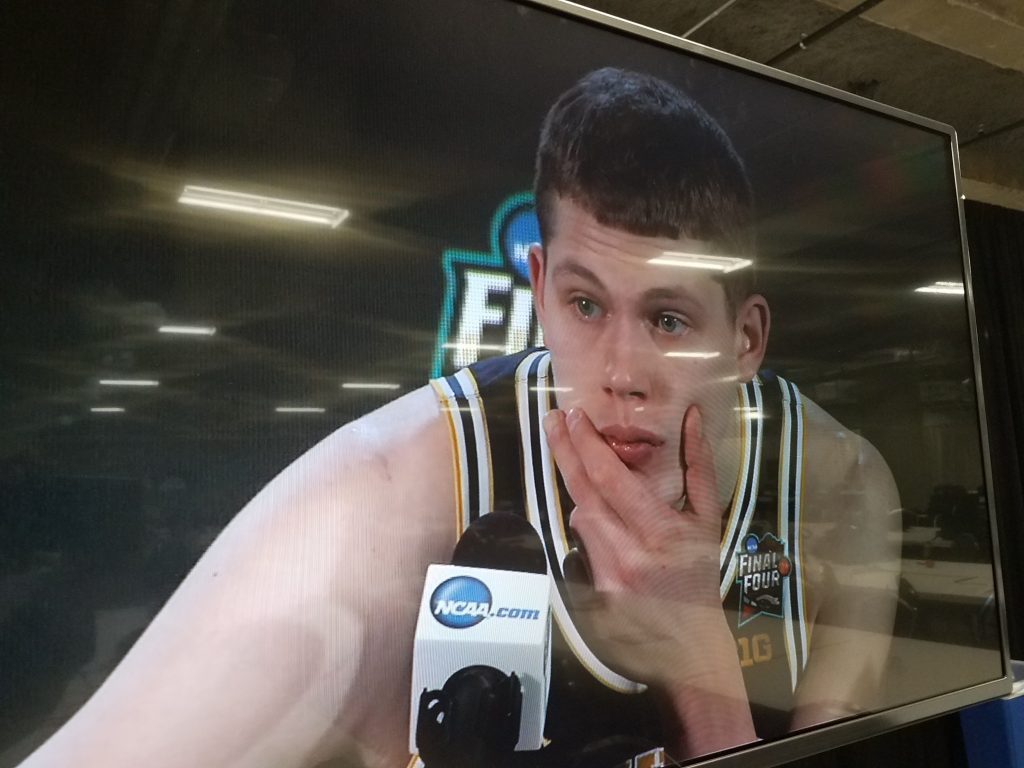 Michigan forward Moritz ‘Moe’ Wagner said referees didn’t explain a double technical foul called on him and Villanova forward Omari Spellman. ‘But I wasn’t worrying about it. I just moved on to the next play. Stuff happens.’

On April 2, before a crowd of 67,831 at the Alamodome, Villanova celebrated a 79-62 victory over Michigan for the NCAA title.