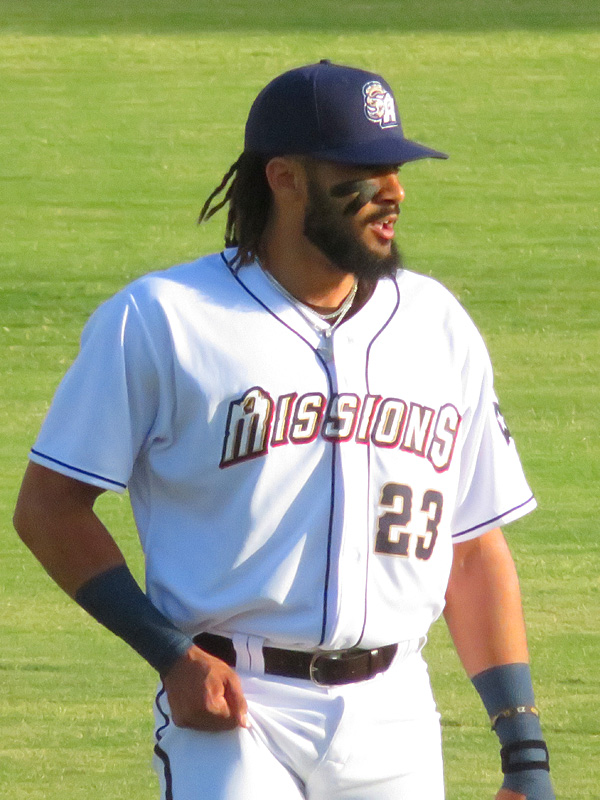 The Wichita Wind Surge scored a 5-1 victory over the San Antonio Missions on Saturday night as a big crowd at Wolff Stadium got a close-up look at San Diego Padres star Fernando Tatis, Jr.

Recovering from an offseason wrist fracture, Tatis went 0-for-2 with two walks for the Missions in front of 7,438 fans. It was his first game action of the season. The San Diego Padres haven’t put a timetable on his return, according to AJ Cassavell of mlb.com.

Tatis first came to San Antonio as a highly-touted minor leaguer in the Padres’ system in 2017 and 2018. From 2019 through 2021, he emerged as one of the most exciting young players in the majors, producing a .292 batting average and a hefty .962 OPS.

In that time, he bashed 81 home runs, delivered with 195 RBIs and did it all in his first 273 games in the big leagues. 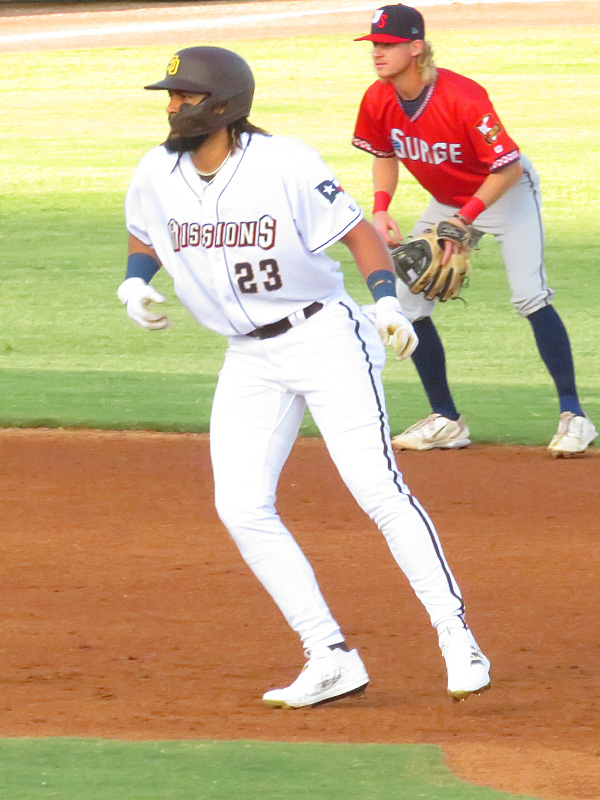 Tatis, who batted leadoff as the designated hitter on Saturday, is expected to play in the field for the Missions on Sunday – Photo by Joe Alexander

The offseason wasn’t kind to Tatis. He underwent surgery to repair the scaphoid bone in his left wrist on March 16, Cassavell reported.

Cassavell wrote in his story on Saturday that the Padres’ shortstop was cleared to begin a swinging progression in mid-July. Tatis reportedly is in the final step in that progression before he is cleared to return to the Padres.

Padres manager Bob Melvin noted that Tatis would see game action at both shortstop and center field during his rehabilitation stint. “We’re going to take that day to day,” Melvin told Cassavell. “He didn’t have a spring, hasn’t played in the field yet. So we’ll monitor him as we go along.” 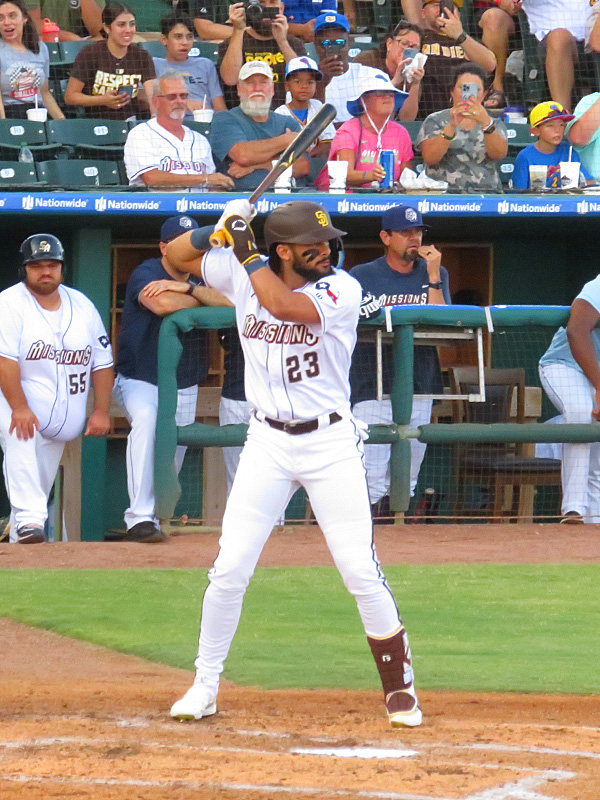 Tatis walked in his first two at bats, both on four pitches. He struck out on his third try and popped up to third base in his final plate appearance. — Photo by Joe Alexander