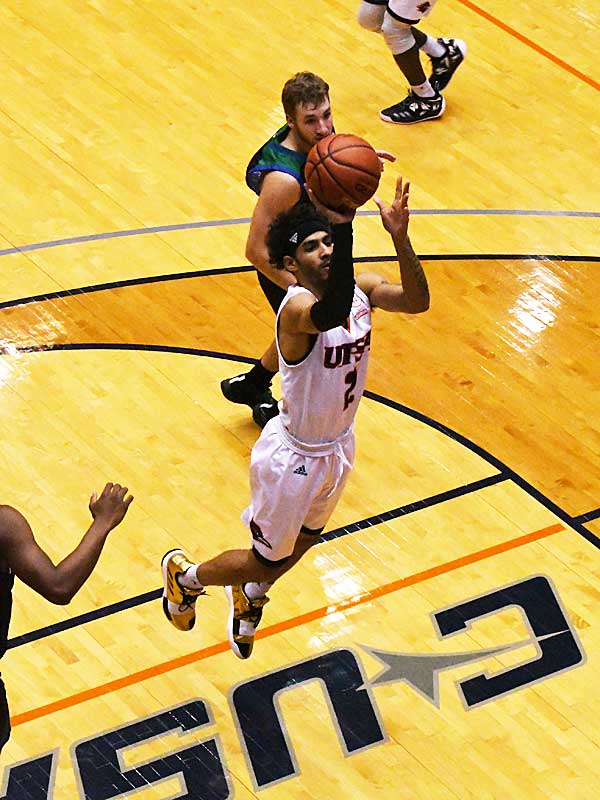 Jhivvan Jackson hits a floater in the lane against Texas A&M-Corpus Christi. – Photo by Joe Alexander

UTSA guard Jhivvan Jackson has taken over the national lead in scoring, according to NCAA Division I basketball statistics released Monday afternoon.

Jackson, a 6-foot junior, moved up from third to first on the national charts after scoring 28 points Sunday at the Convocation Center in a 98-55 victory over UT Permian Basin.

A tight race for the NCAA scoring lead has developed early in the season, with Jackson (25.2 points per game) leading Marquette’s Markus Howard (25.1) and Northeastern’s Jordan Roland (25.0). 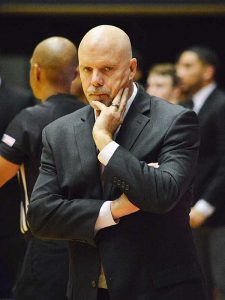 Jackson has surged lately, averaging 26.8 points during a streak of four wins in five games by the Roadrunners.

Armed with a dynamic array of skills, the native of Bayamon, Puerto Rico, does a little bit of everything with the ball, shooting the 3-pointer, pulling up for medium-range floaters and driving to the basket with either hand.

Jackson averaged 18.4 points as a freshman two years ago. Last season, he led Conference USA in scoring at 22.9. This year, he’s scored 30 or more four times, including 33 on Dec. 7 at Texas State.

Moreover, the former standout at Euless Trinity High School is rebounding at a higher level, averaging 5.7 per game.

UTSA coach Steve Henson said after the UTPB game that Jackson’s improved work habits are starting to pay off.

“He’s obviously such an elite, talented scorer,” Henson said. “He was a guy, by the time he got here, he could go get 30 when the lights came on.

“But his habits are getting better. He’s becoming a better practice player. He’s starting to help his teammates more, which is absolutely huge.

Basically, Jackson is maturing into a leader.

“He’s such a quick guy, he can chase down long rebounds,” Henson said. “He’s had a few big rebound games for us this year.”

In the past two seasons, Jackson and junior Keaton Wallace have emerged to lead a basketball renaissance at UTSA, pacing the team to a combined 37 victories.

With the two high-scoring guards returning, the Roadrunners were a trendy pick in the preseason to contend for a Conference USA title.

But after a 32-point loss at Utah State dropped the Roadrunners to 0-5, Jackson did some soul searching.

He told The JB Replay upon returning home from Utah that the Roadrunners would get better with an increased focus on defensive effort.

“It’s what we’re really emphasizing, just, getting a lot of stops,” Jackson said. “We have a chance to be a really good defensive team. But you know, we got to do it for 40 minutes. Not just in stretches. That’s the one thing we’ve been working on, is, getting stops.

“We know the offense is going to come. We’re not worried about offense. You know, anybody on our team can score. Once we get our defense together, really locking down people, we’re going to be good.”