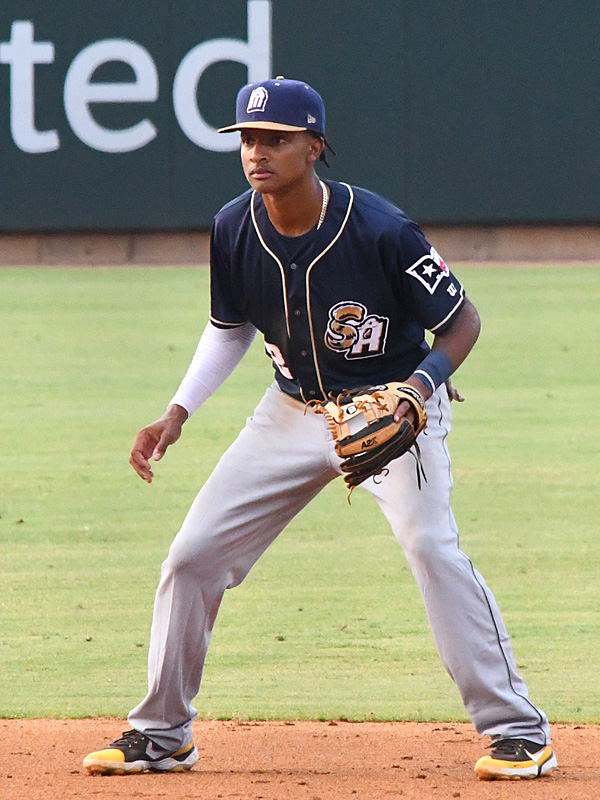 Shortstop CJ Abrams went 2 for 5 with two doubles and an RBI in his Missions debut Tuesday night. – Photo by Joe Alexander

The Missions have been blessed with standout play at shortstop over the past several years. In 2018, it was Fernando Tatis, Jr. In 2019, Mauricio Dubon. This year, they’ll have CJ Abrams, the No. 2 prospect in the San Diego Padres organization.

Abrams slapped a couple of doubles in his Double-A debut as the Missions opened the new season by beating the Corpus Christi Hooks 8-3 on the road Tuesday night.

The Missions and Hooks will continue with the season-opening, six-game series Wednesday night at Whataburger Field. Right-hander Adrian Martinez is scheduled to start for San Antonio against righty J.P. France for Corpus Christi, a Houston Astros affiliate.

In Game 1, the Missions backed starting pitcher Reiss Knehr with 13 hits, including four by Robbie Podorsky and three by Juan Fernandez. Knehr limited the Hooks to two runs on three hits in five innings.